Known for his monumental and technically outstanding art pieces, Nychos’s work is present in the urban environment and the gallery scene. Recently, he worked on a truck mural in Los Angeles, California entitled “Fusion Vol.2”. 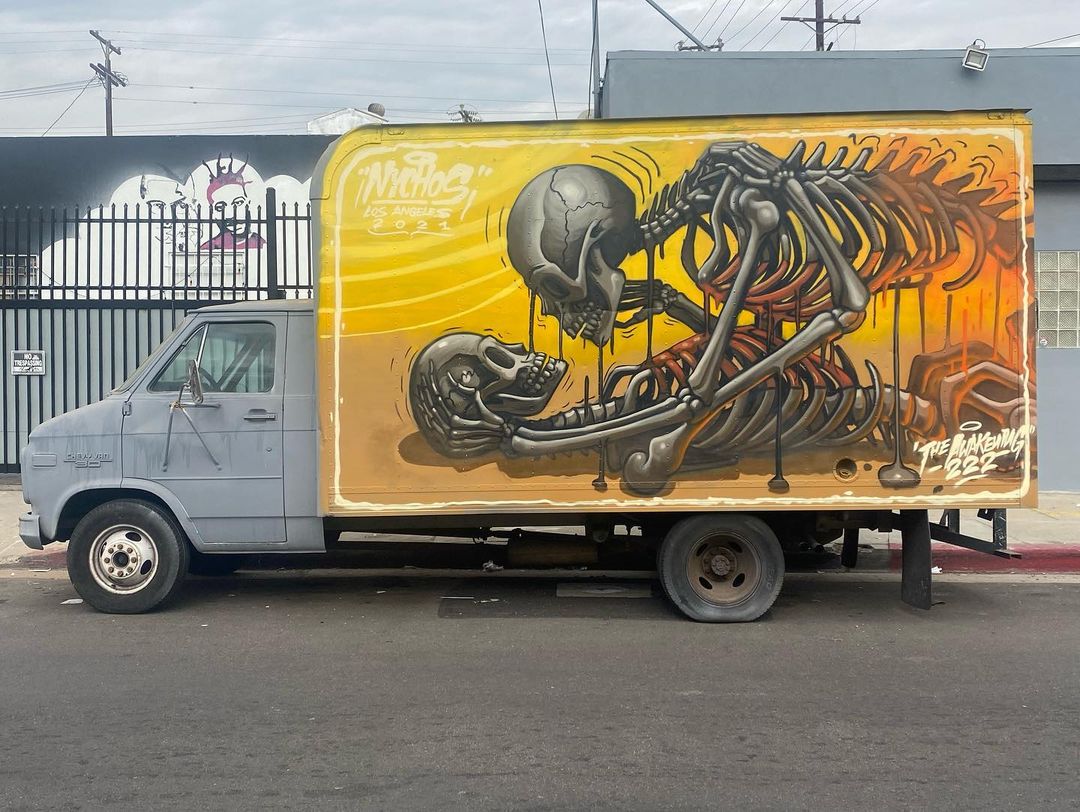 The artist’s childhood experiences strongly influenced him in combination with his artistic curiosity to establish his style in creating animal and human figures, dismembered and anatomically shown. He also established the movement REM – Rabbit Eye Movement.

It nourishes the idea notion of creative destruction and the breakdown of society. “The rabbits operate outside of our system,” says Nychos, “and have no rules to follow.

Nychos travels actively to create street art across the globe, and his paintings and drawings have also been exhibited in galleries worldwide, including solo exhibitions in New York, San Francisco, Paris, Zurich, Detroit, Singapore, Melbourne and Torino. His gallery pieces serve as unique complements to his massive public artworks that give character to cities all over the world. 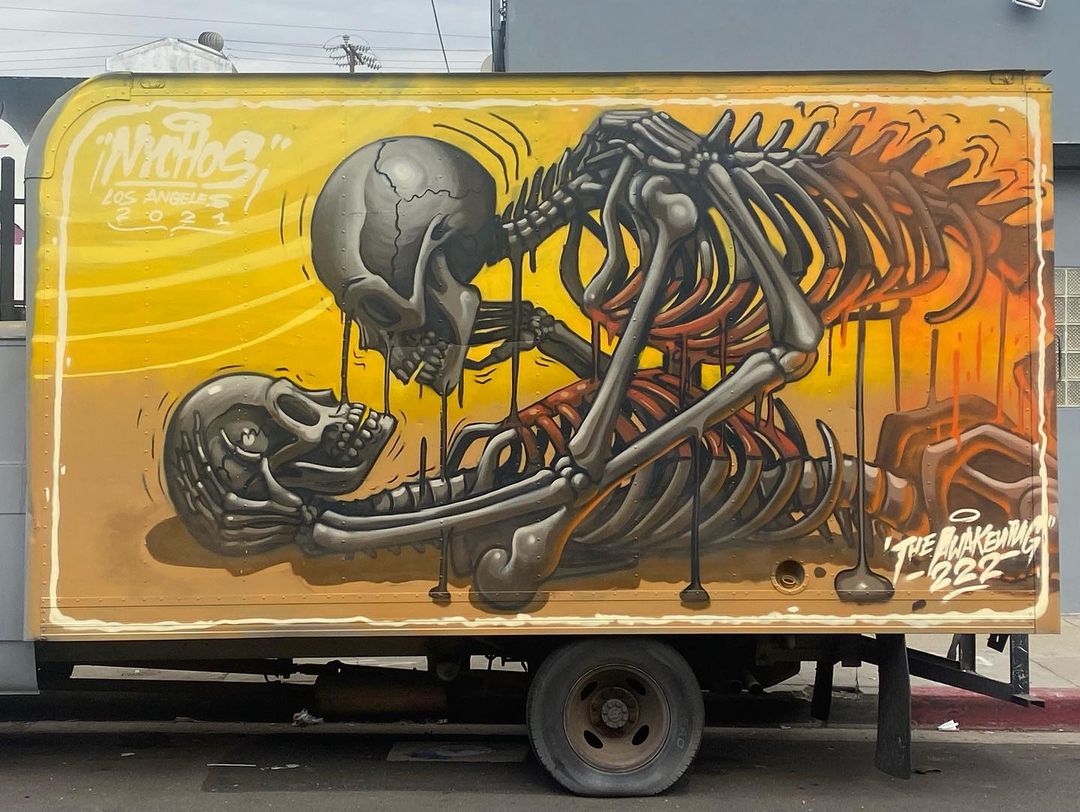 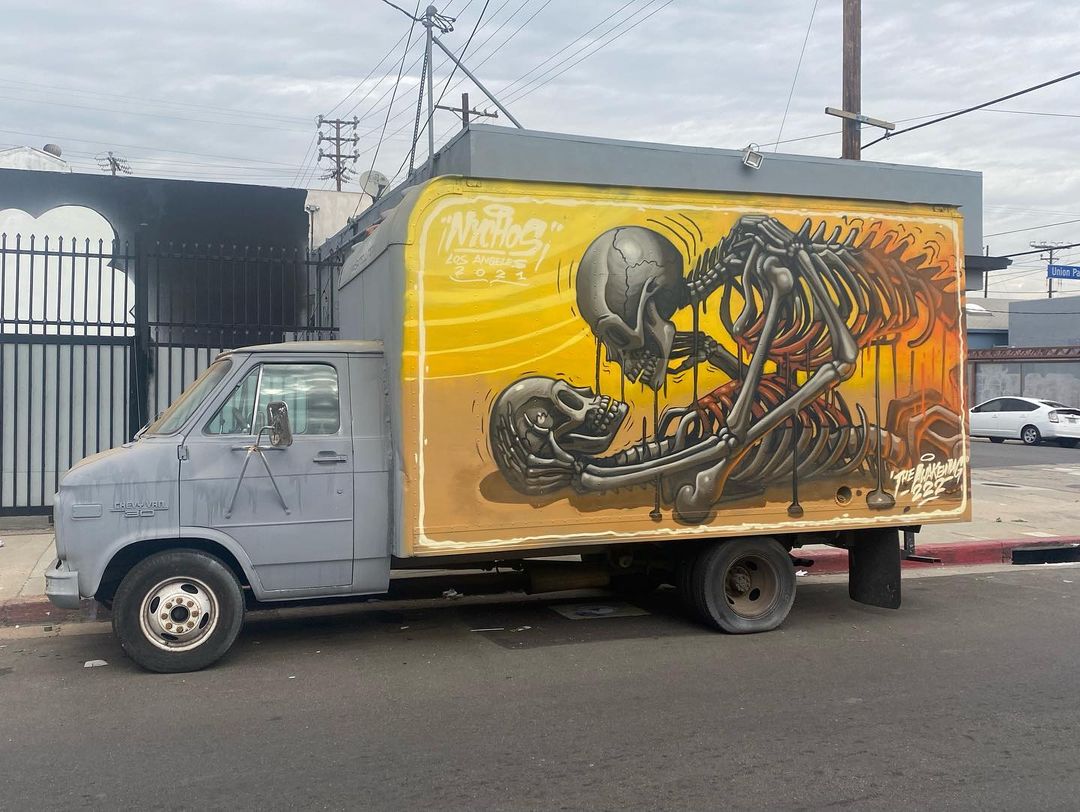