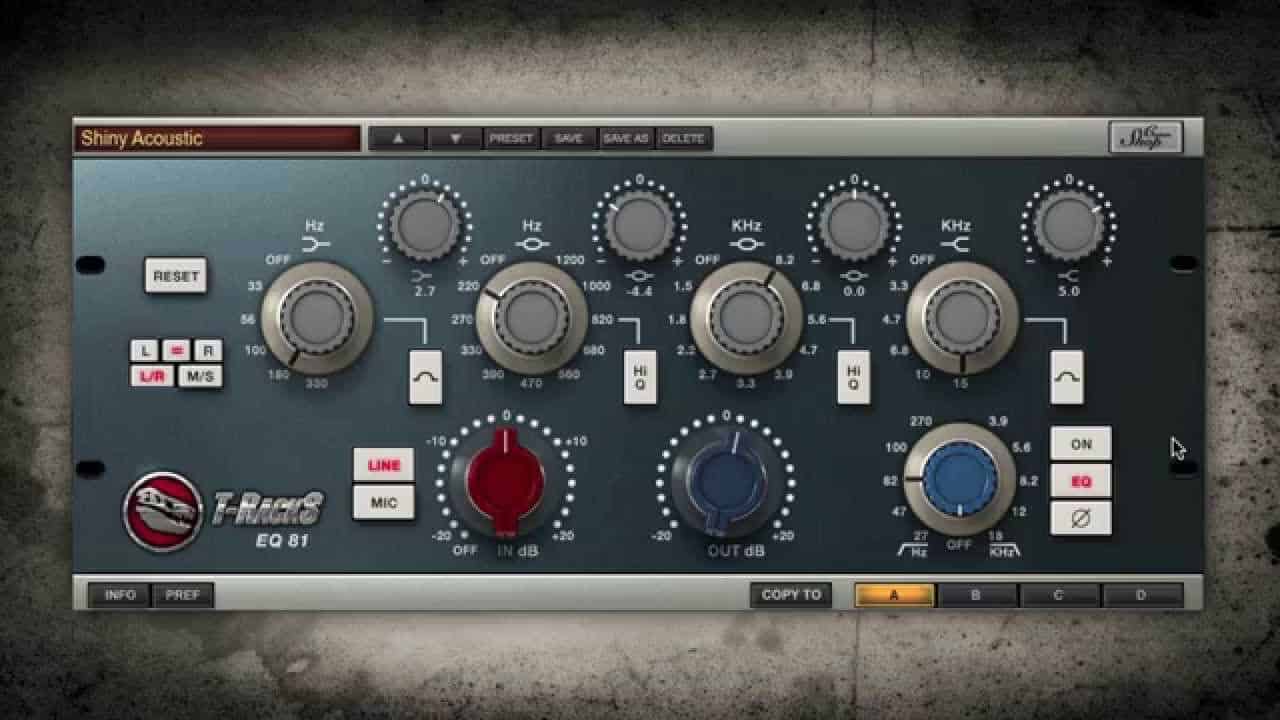 If you have an IK Multimedia account, log in and head to your User Area. You should be met with a pop-up that allows you to redeem the freebie and subscribe to the newsletter if you haven’t already.

You will need some version of the T-RackS 5 Mixing and Mastering plugin. You can download T-RackS 5 CS for free after subscribing to the newsletter if you don’t already have one. T-RackS 5 CS comes equipped with Classic T-RackS Equalizer and Metering.

The sound of the Neve 1081 has been at the front of countless A-list recordings from Artists like Phil Collins, Daft Punk, Beyonce, and many more.

IK Multimedia’s EQ 81 offers the warmth and sheen associated with the Neve sound.

As well as the analog warmth, the EQ 81 offers a solution to tracks that require some precision work. This precision and versatility come via the four-band EQ section ( high/low shelving and two midrange peaking filters), followed by high/low pass filters.

The versatility of the EQ means you can be pretty subtle or aim to drag out more character from your sound.

The EQ 81 works very well for sculpting vocals or adding more bite to acoustic and electric guitars. It also works well if your drums need a little extra punch.

However you use T-RackS EQ 81, you should be able to recreate a little bit of Neve magic without the cost.

If you’re interested in the EQ 81, I’d suggest you get it now. The end of the month might seem far enough away, but I’ve missed out on freebies over the years by saying I’ll get it later.

Thanks to IK Multimedia – get it now.