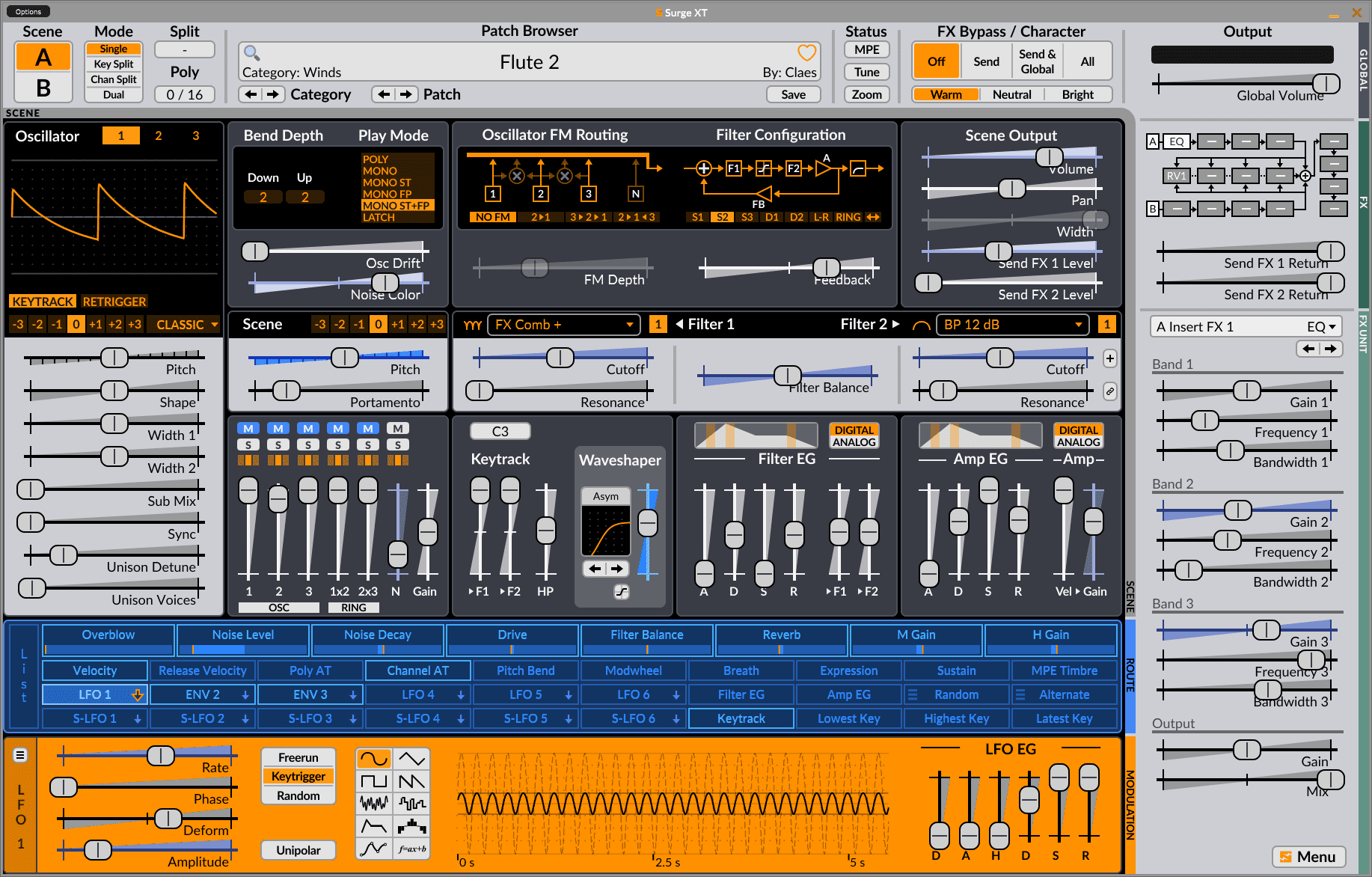 Open-Source classic Surge has been updated to Surge XT 1.0.

Surge is a bit of a legendary synth in the open-source world and regularly makes our best free synth lists.

The Surge Synth Team refers to themselves as “open-source enthusiasts who randomly assembled to work on the Surge synthesizer.” I like that description; it kind of makes them sound like some open-source avengers.

The previous developers, Vember Audio, still host an archive of prior versions on their website.

The last update we covered was Surge v1.9 early in 2021; now, we have Surge XT, which looks to be more powerful and easier to use than ever.

Following on from that change, the UI is now fully accessible to screen readers for more straightforward navigation and editing.

Getting around the GUI seems to flow better with the addition of things like Patch Search, Favorites, and more use of drag & drop functionality.

Now, getting into making noise with Surge, there are some pretty cool changes here, too. As well as a more powerful Modulation section (including new Vector and Formula Modulators), you also get a more intuitive Modulation section. Navigating and modifying modulation routings can all be done in one view.

The Routing Bar makes it easy to apply modulation to parameters. Once you identify the modulation source you want, two clicks will engage Routing Mode, at which point the source will turn bright green.

In Routing Mode, any sliders that can be modulated will show a blue slider atop the regular slider. This blue slider sets the parameters fully-modulated position.

An expanded FX Section now allows double the amount of FX per patch and features new effects, including a Spring Reverb and more from Airwindows (another somewhat legendary name).

Everything else is just a bit bigger and better. It offers 43 Waveshapers instead of five, a new Tri-Pole filter model, and a pretty deep Tuning Editor.

Surge XT 1.0 comes with many new patches highlighting new features and the improvements made since v1.9.

You can check out the complete changelog for this update and download Surge XT 1.0 now. For more freeware synth goodness, check out Vital.