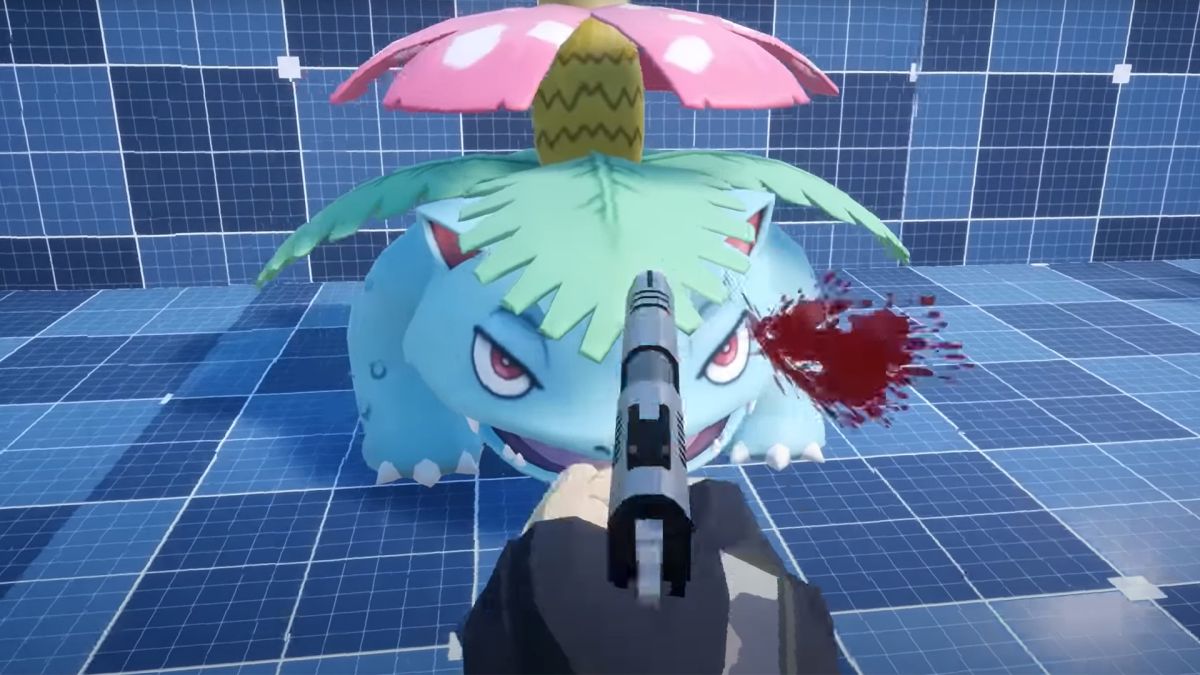 Everyone knows about the Pokémon games, right? But have you ever been playing alongside your adorable Pikachu and thought, ‘I wish this was a first-person shooter (or FPS) game’? Yeah, us neither, but someone did, and now there’s a real Pokémon FPS.

Game-developer/YouTuber, Dragon, has shared a video of the Pokémon shooter game he made for PC, which shows footage of players shooting their favourite Pokés from Mewtwo to Squirtle. It’s a little terrifying, to say the least.

If the Pokémon FPS doesn’t sound up your street, then may we suggest taking a look at some of the best Nintendo Switch Games instead?

We do have some questions about this. Firstly, did we really need an FPS Pokemon game? With all the negativity in the world today, we think not (who wants to kill Pokémons after all?). However, while Dragon‘s game looks unnecessarily gory, we have to admit that we like the graphics, which are a throwback to the original game, and as violent as it is, we’d love to have a go.

With groups of Pokémon having separate traits, like the ability to charge or fly, and even boss battles, it also feels like the design process has been well thought-out. And if you want to know more then you’re in luck, as Dragon has also shared how he created the violent edition of Pokémon using a number of templates, imports and software.

We can’t imagine Nintendo will be releasing an official version of the shooter game any time soon (thankfully), so if you were hoping to try out the Pokémon FPS then you’ll have to wait and see if Dragon releases his violent version. But if you’re wanting to try out the PG version of Pokémon, then check out our roundup of the best Nintendo Switch deals and treat yourself to a Pokemon-themed console bundle.