discoDSP Highlife Sampler Is Now FREE (Again) For Non-Commercial Use 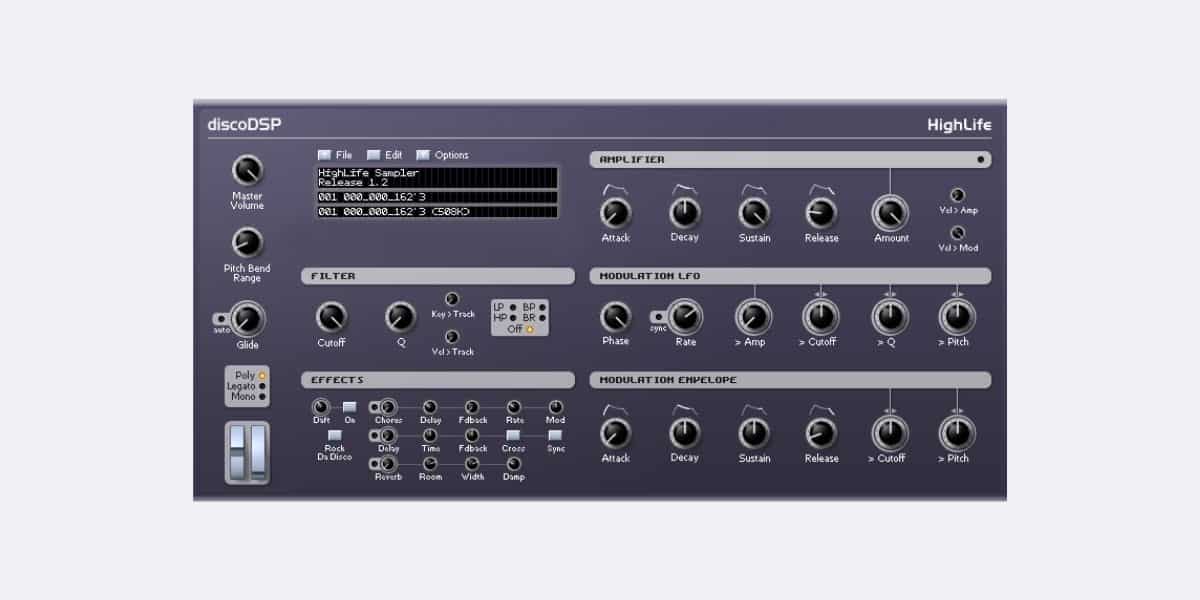 discoDSP released an updated version (v1.4) of the Highlife sampler VST/AU plugin for Windows, macOS, and Linux. Highlife is now free for use in non-commercial projects.

The update celebrates discoDSP’s 20th company anniversary. Congratulations to the developer, and thanks for all the fantastic software (don’t miss discoDSP’s free OB-Xd synthesizer plugin).

Highlife is a performance-oriented sampler plugin with one outstanding feature – it can sample other VST plugins. In other words, you can turn your favorite virtual synthesizer patch into a multi-sampled library with a few clicks.

But why would you want to sample a virtual synthesizer?

There are multiple scenarios where this can be useful. For example, you can use this technique to reduce CPU usage in your project. Or, you can sample your friend’s virtual synthesizer (that you don’t own) and transfer those sounds to your DAW.

And that’s just scratching the surface.

Highlife can export the sampled sounds as an SFZ patch for quick and easy use later on. You can load those sounds in Highlife or other samplers like Zampler and Grace.

But let’s not forget that Highlife also works as a sample player. It loads WAV, MP3, RAW, and OGG audio files, handles various sampler formats (SFZ, SF2, and more), and supports auto-mapping. So, if you already own a collection of samples (who doesn’t nowadays), Highlife is one of the better options for loading and playing those sounds in your DAW.

Highlife doesn’t lack in the sound design department, either. You can manipulate the sounds using ADSR envelopes, filters, LFOs, and built-in effects. All the usual performance controls are present, too. You get portamento, pitch bend, poly/legato/mono playback, multiple sample loop types, up to 32 voices of polyphony, and more.

Some of you may remember that Highlife was already a freeware plugin back in the day. It later became a paid product (currently priced at $49), but discoDSP decided to make it a freebie again.

There’s a catch, though. Highlife is only free to use in non-commercial projects. So, you can load it in your DAW and have fun with sampling, but you’re asked to purchase the license if you’re using Highlife for real work.