Is this the coolest Nintendo Switch accessory ever? 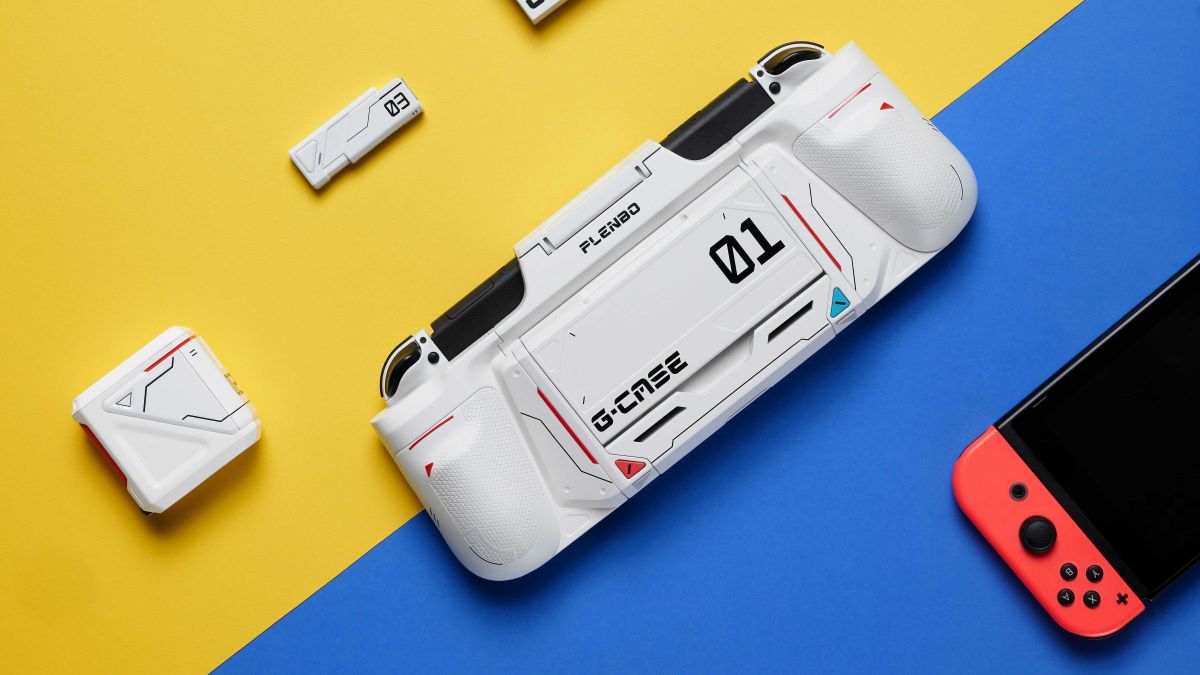 We’ve all been there, you’re playing on your Nintendo Switch out in the wild and then you get caught short without any battery. Well, what if we told you that someone has created a Switch case that will give you an extra five hours of charge?

That’s right, the G-Case concept, created by Plenbo, is the Swiss army knife of charging cases with a battery pack (capable of charging your Switch and other devices), extra cartridge storage, three grips sizes and a replaceable design. The case is suitable for both the Switch and Switch OLED and if its popularity on Kickstarter is anything to go by, it might just end up on our best Nintendo Switch accessories list.

The G-Case currently has over 1,400 backers on Kickstarter, and has well exceeded its target, so it’s clear that gamers are keen to get a piece of the long battery life action (because let’s face it, Nintendo really needs to improve the Switch’s battery). Starting at the reasonable price of $69 / £52, gamers can choose between three bundles, some including other G-Case gear like the Switch carry case.

Whether it’s the coolest Switch accessory ever remains to be seen, but it sure does sound and look good. The extra five hours of battery life will likely come in extremely handy for gamers who catch long trains or flights often (or for those of us who want to play the Switch on the sofa for hours on end without having to get up). The blue and red embellishments on the case that match the original Switch Joy-Cons are a nice touch, but the bright white looks as if it might age quite quickly.

It doesn’t look like Nintendo will be releasing the rumoured Switch Pro console anytime soon, so for now, the G-Case, shipping in June, is probably our best option for many hours of portable Switch play. If you’re Switch player and are looking for some brilliant games to help you drain that pesky battery, then make sure you check out our roundup of the best Nintendo Switch games.

And if you need the console itself, see our best Nintendo Switch deals post or check the deals below: