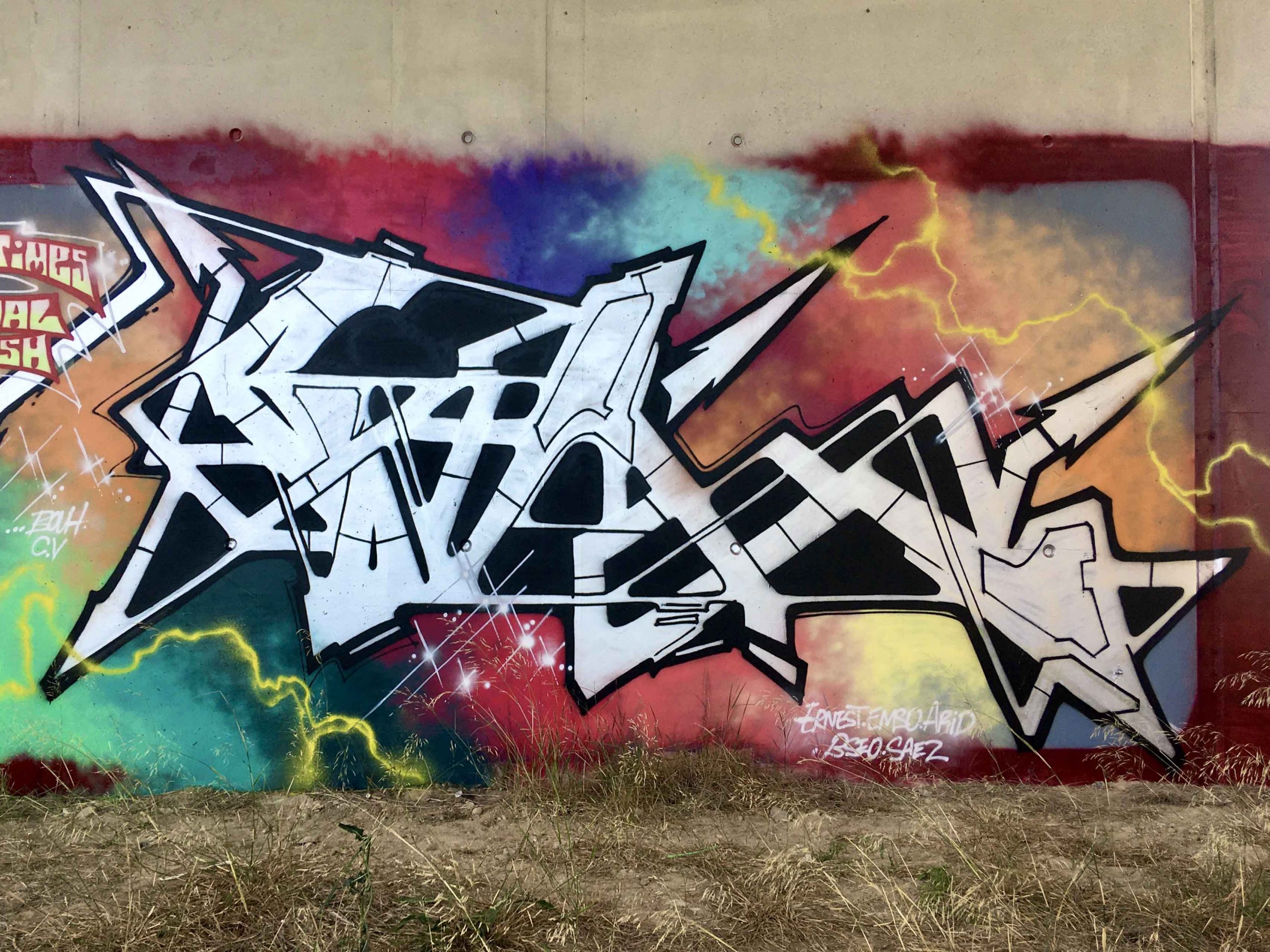 Bouh – I started in the south of France in 2001 thanks to ERNESTILLM.
Along the way, I met my family, the CV members, NAIF, SOKA, RELTE, DYVA, LEWOZ, HAECK, DISKET…

In 2017, with WATELS, EMSO, ERNESTILLM, SAEZ and BSEO, we started our ongoing project, FINAL FLASH.
After a long break, and now being between our thirties and forties, we decided to give graffiti a last shot, involving ourselves as much as possible in both visual and conceptual ways.
The goal was to blast out a final flash, develop it together, and let it carry our vision across our living places and trip destinations, a mix between old and new school, between medieval and science fiction. A feeling of cosmic cathedrals.

My main field of research is lettering, construction and composition. The game is to twist and bend the letters to reach their structural limit, pushing them to a point just before abstraction, while keeping them stylish and flowy in a very traditional way.
My graphic influences are spread all over art history, from antique to contemporary art, through medieval painting, XIXth century’s european and japanese etching, XXth century’s art nouveau and art déco, dark romantism, socialist realism, painting, sculpture, architecture, comics, music artworks from the 60’s to the 90’s…. About anything could inspire me.
Graffitiwise i feel close to a part of the french scene like the DFP or the GT and more generally close to the german scene, for me the strongest at the moment. I’m also watching closely the Ukrainian and russian scene which is definitely the future in my opinion.