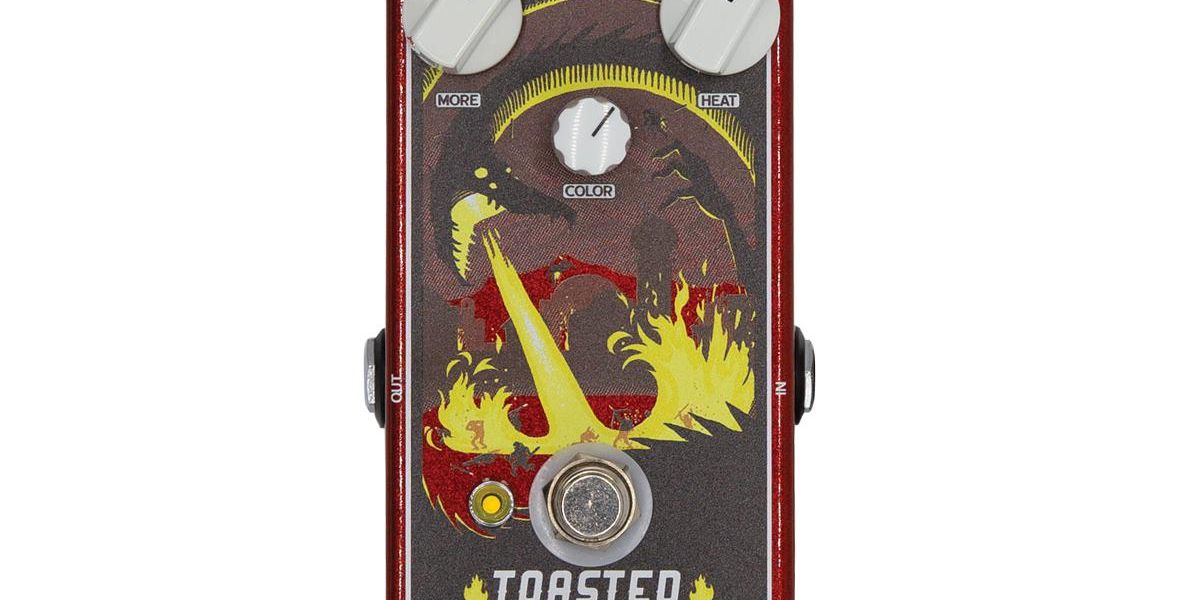 I love playing a piece of gear that makes me forget that I’m playing a piece of gear. While there are plenty of weird and wacky stomps that will make your guitar sound like sci-fi soundtrack, the Dusky Toasted Drive is certainly not one of those. It’s part clean boost, part medium-gain overdrive, and 100-percent useful. And though the controls look like those from a very standard overdrive, Dusky’s efforts to mine new gold out of a classic setup yield tone treasure.

The temperature (gain), more (volume), and color (treble boost) controls are very interactive with each other, which means many possible variations on the basic voice. The Toasted Drive also uses MOSFET gain stages rather than diode clipping to generate dirt. To my ears (and fingers), this gives the pedal a much more amp-like sound and feel and allows natural guitar/amp tones to shine more clearly.

Even at maximum settings for each parameter, the Toasted Drive never gets unwieldly, out of control, or harsh. Its tone is focused with rather tight midrange response and plenty of high-end that you can sculpt with either your guitar’s controls or the pedal’s color knob. And its natural transparency means I would happily use it as the first source of drive in a pedalboard gain stack. At $175 the Dusky competes with many similar and very nice pedals, but you’d be hard pressed to find one that slides into your signal chain so effortlessly.