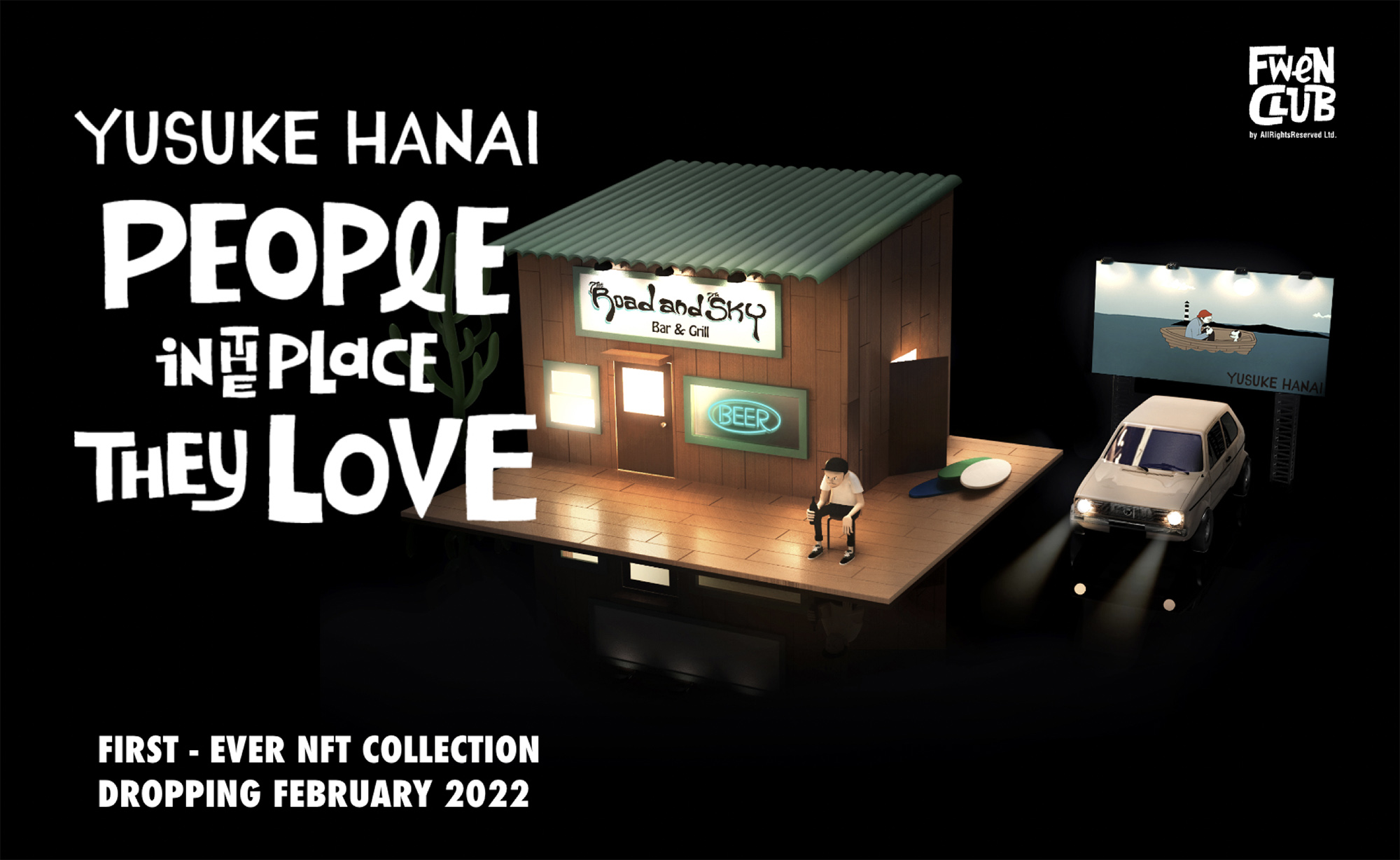 Art & creative brand AllRightsReserved’s latest digital and physical collectables platform, FWENCLUB, launches Yusuke Hanai’s first NFT collection, “People In The Place The Love” and his solo exhibition organized by AllRightsReserved and Powerlong Museum in Shanghai at the same time, turning a new page in bring collectors collectables that are both virtual and tangible.  Only months ago, FWENCLUB brought about the first Netflix licensed “Squid Game” toy and the first NFT item by Olympic skateboarding gold medalist Yuto Horigome to critical acclaim. 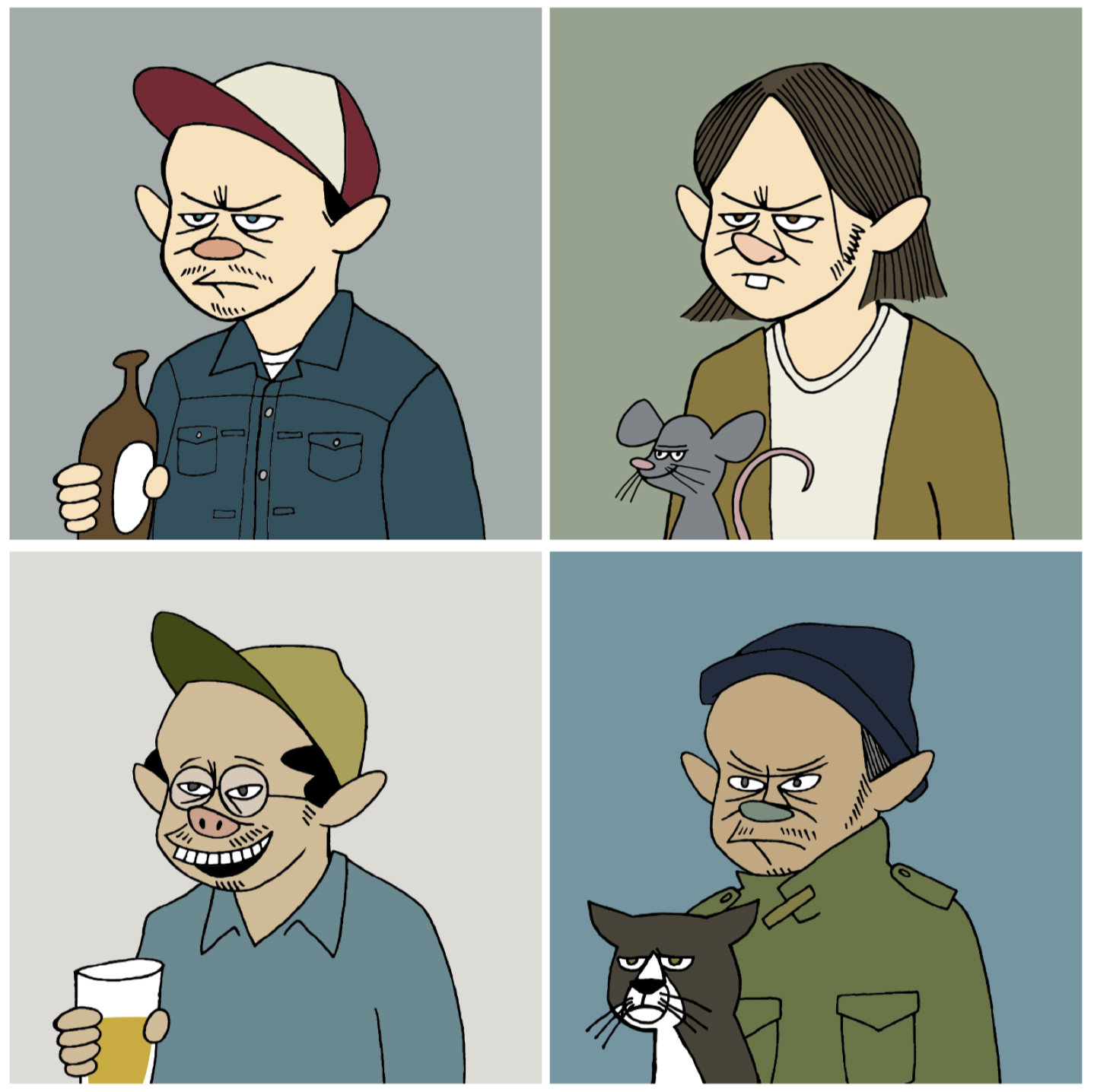 FWENCLUB Discord’s debut is met by crazed following!  FWENCLUB Discord has grown by a record-breaking 50,000 members in just 12 hours, topping the record in Asia. Membership on the FWENCLUB Discord is growing by the second and has reached over 100,000 people as of now (as the release time). 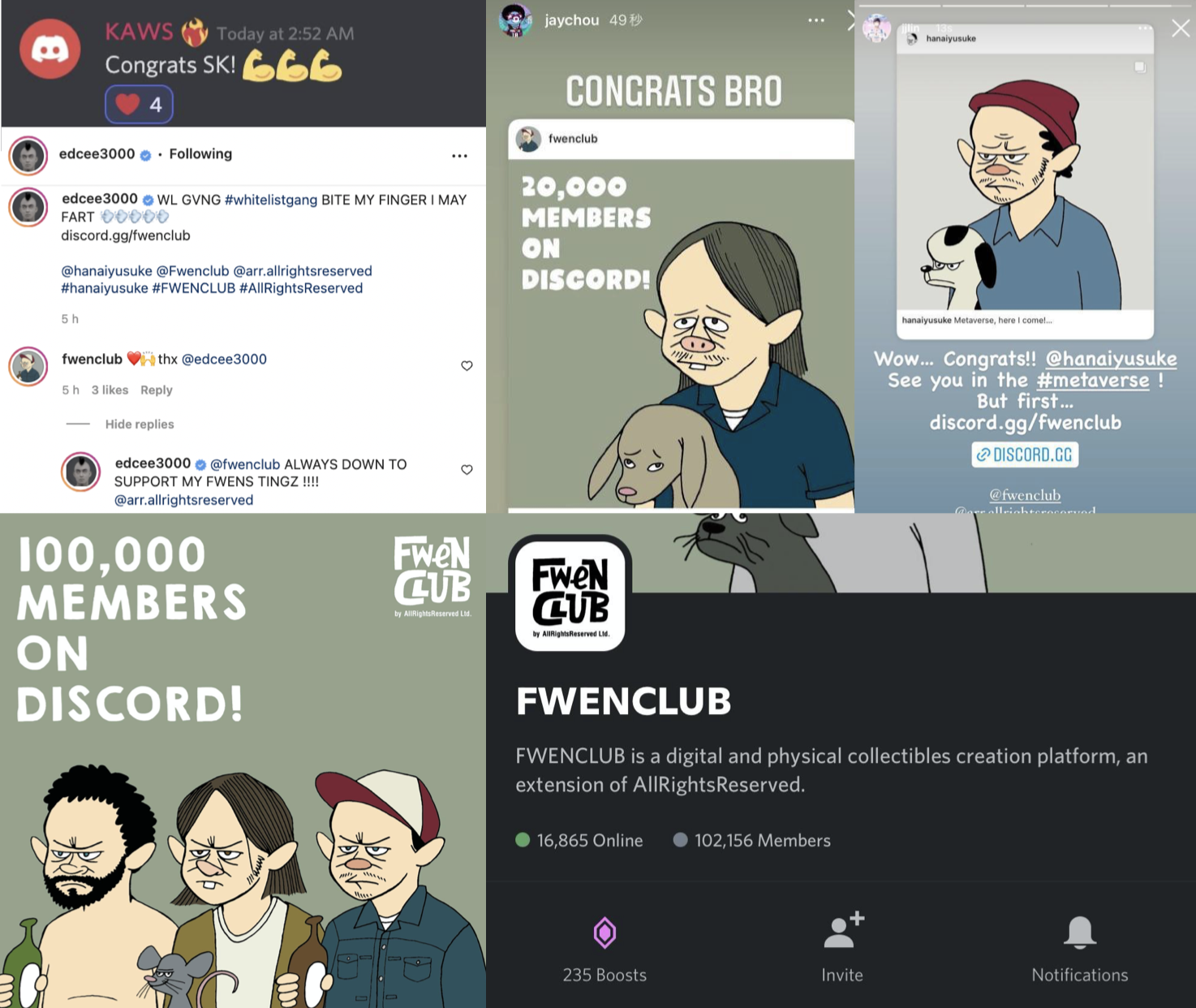 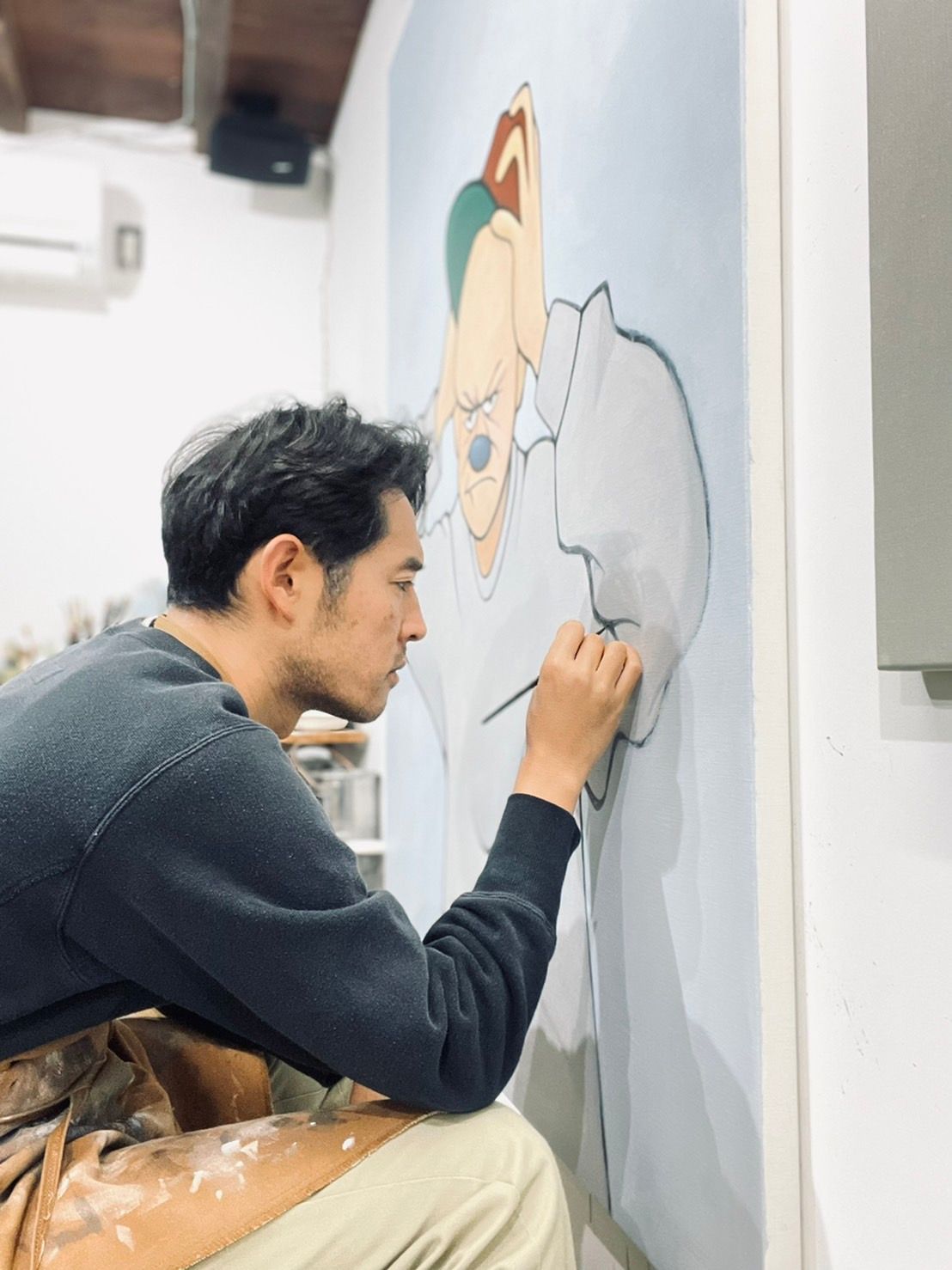 Hanai’s works are highly sought-after on the market. His ﬁrst NFT work “Wake Up Before It’s Too Late,” comprised of wood cabins, paintings, and NFT animation, sold for USD$130K in a 2021 auction on DDT Store.

“Everybody is different, but that’s what makes all of us ‘Ordinary People’!” says so Hanai about this NFT collaboration. He thinks NFT is the right medium to express his creative ideas, therefore deciding to create 1,000 limited-edition NFTs. This is the ﬁrst out of three phases, containing 1,000 unique avatars with 75+ hand drawn attributes and 20 legendary artworks.

“People In The Place They Love” is inspired by a now defunct bar where the artist used to work and the good times he had there. He always wanted to re-emerge it in the metaverse. 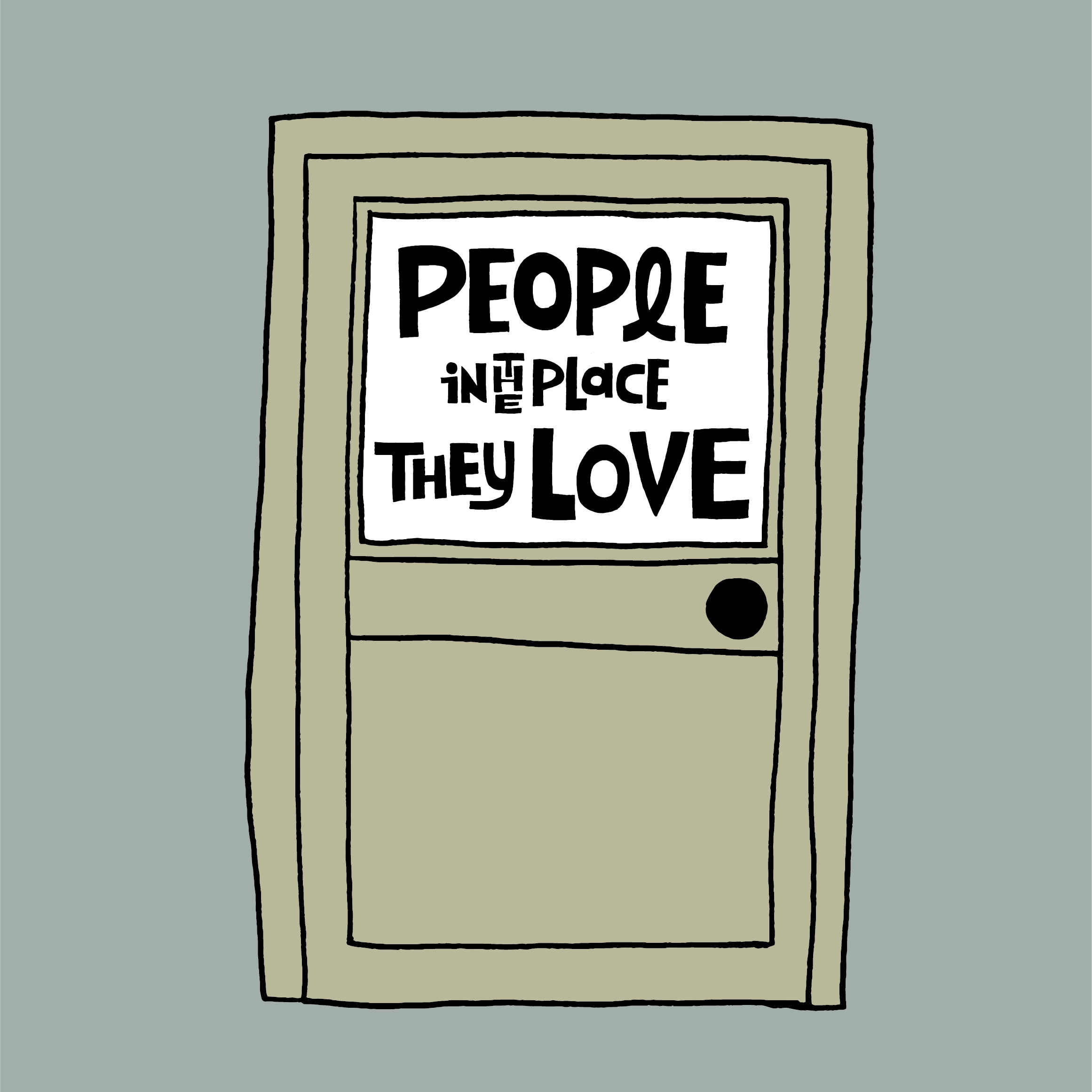 Get in on the FWENCLUB whitelist now

For a chance to get on the whitelist and purchase the 1,000 limited NFTs, members of the FWENCLUB Discord have to follow a few steps, which includes inviting 20 friends to join the FWENCLUB Discord and actively participating in the discussion. The first drop will come in February 2022. There will be a pre-sale and public raffle, please see the official website for more details.

FWENCLUB says that you’re not simply buying an avatar or a rare piece of art. You’re also gaining membership access to the exclusive Yusuke Hanai collectors’ community with ever-growing benefits and offers. Holders will enjoy community bonuses, such as an early chance to purchase limited-edition works, waitlisting for future NFTs and exclusive experiences in the metaverse.

Yusuke Hanai is also having an exhibition, titled “FACING THE CURRENT”, at Powerlong Museum, Shanghai launched yesterday (23 January). It will run until 22 February, 2022. Curated by AllRightsReserved & Powerlong Museum 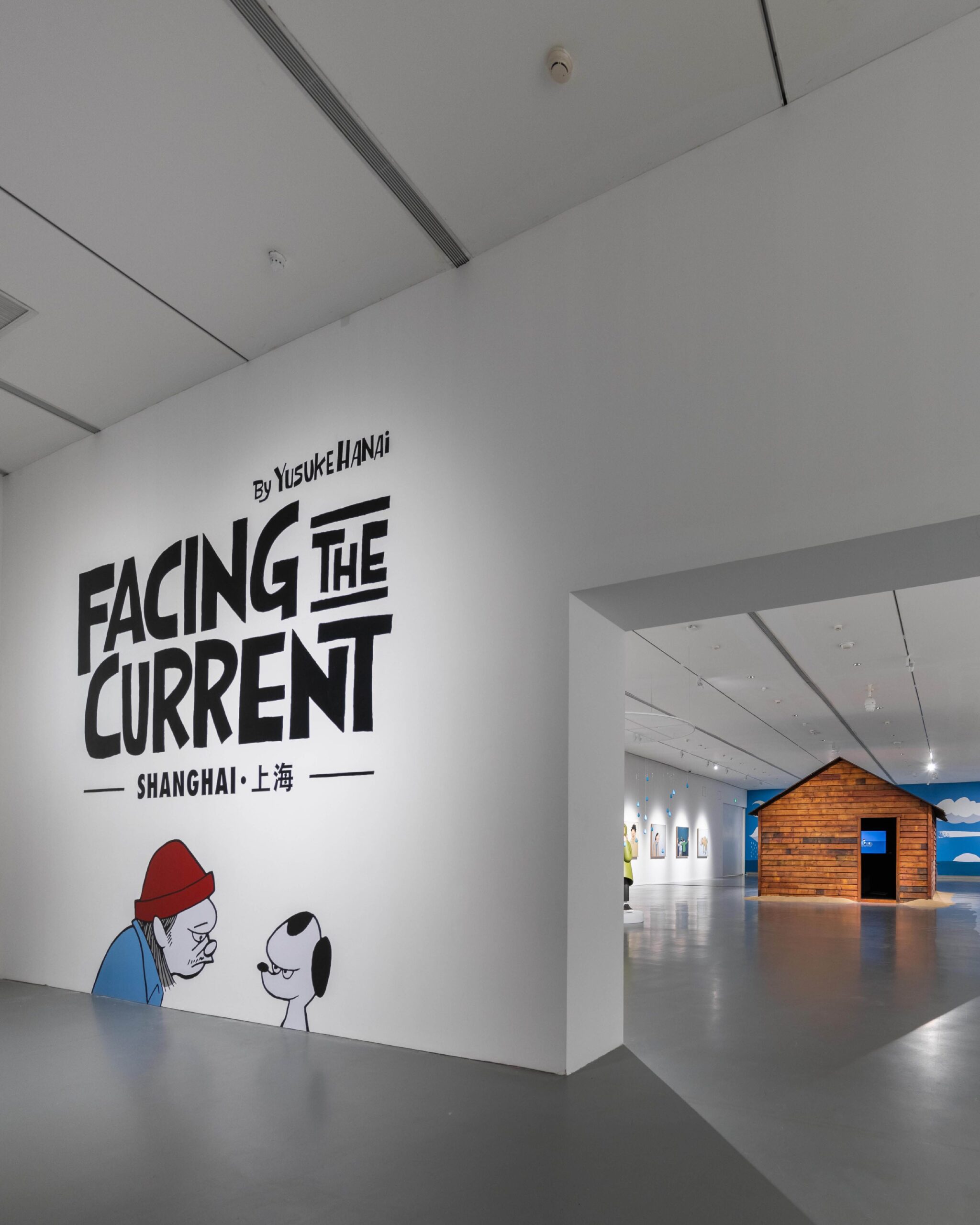 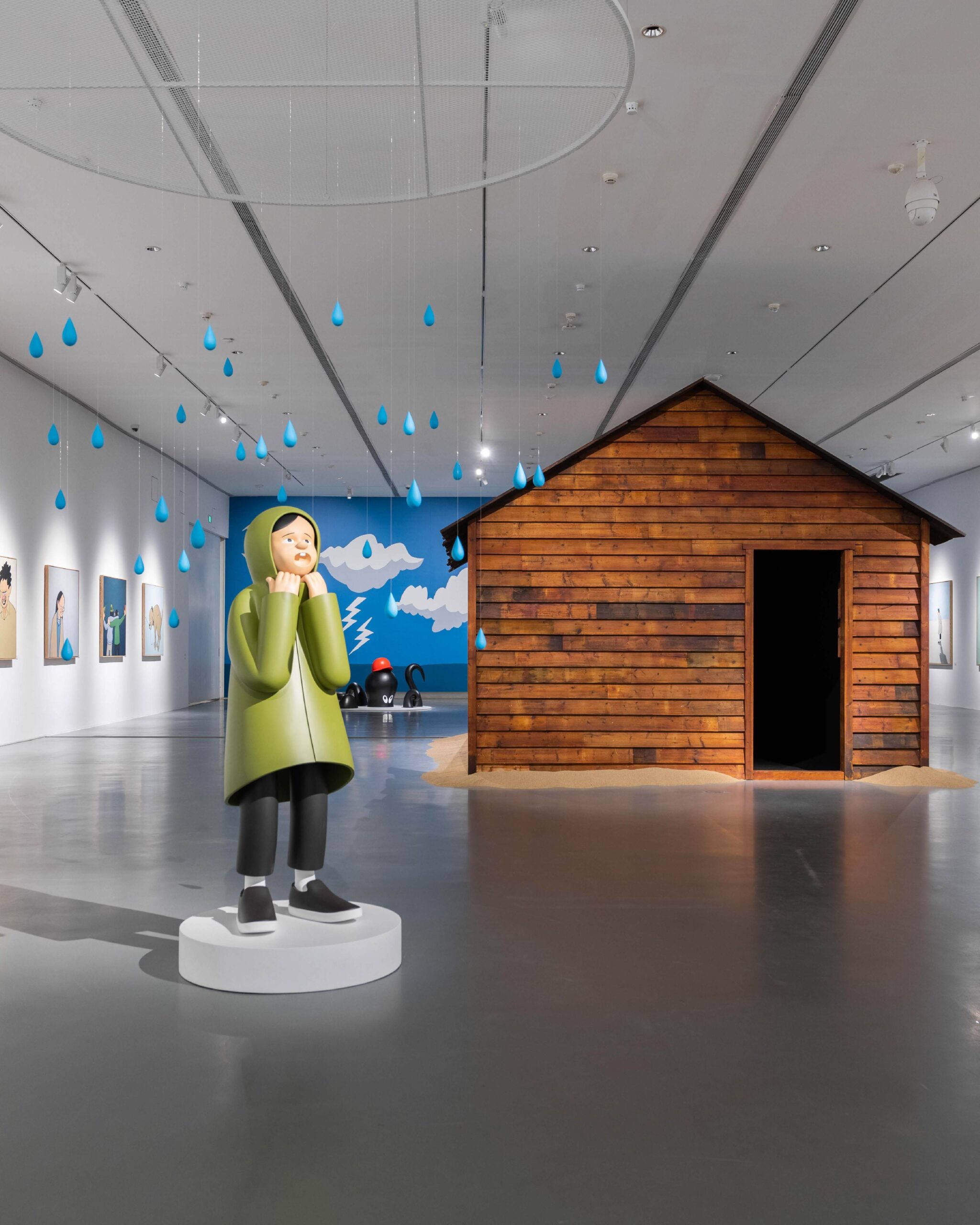 About Yusuke Hanai Yusuke Hanai’s work has been exhibited globally, including in California, London, New York, Paris, Taipei and Tokyo. Hanai has attracted an eclectic audience due to his unique blend of Japanese-infused illustrations that depict various countercultures. Inspired by friends in his local surﬁng community, Hanai’s drawings focus on the lives of ordinary people. He has also collaborated with fashion brands such as Vans, Fender, Gregory, and BEAMS

About FWENCLUB
FWENCLUB is a digital and physical collectibles creation platform, an extension of the creative brand AllRightsReserved.

FWENCLUB possesses intellectual property rights and talent to inject new life to a digital or physical art piece, transforming it into new formats – turning collectible ﬁgurines to NFTs, and vice versa. With an understanding of the impact of art, and how it can bring people together, FWENCLUB collaborates with artists and brands to capture previously unthinkable opportunities.

From physical, to now digital collectibles, FWENCLUB creates art that can traverse between both worlds, and shape a new digital culture.

Over the years, ARR has designed and organized numerous bespoke branding and marketing solutions for leading international labels. Projects throughout Asia have regularly commissioned the studio in their respective cities.

ARR is a long term partner of world renowned artist KAWS. From KAWS:PASSING THROUGH that date back to 2010, “KAWS:HOLIDAY” is the most recent ongoing project since 2018, after its ﬁrst stop in Seoul, passing through Taipei, Hong Kong, Tokyo, Bristol, Singapore, Changbai Mountain and even outer-space, generating huge excitement and crowds of art lovers.

Without a doubt the most memorable exhibition for the local Hong Kong community, as well as that of greater Asia, was Dutch artist Florentijn Hofman’s installation of a colossal yellow rubber duckie—as if in an oversized bath tub—in the city’s famed Victoria Harbour. Following the massive excitement of “Rubber Duck Project – HK Tour”, ARR also curated and made possible three permanent outdoor sculptures in Chengdu, Shenzhen and Changsha, the fast-growing cities in the Greater China area.

Met with record attendance numbers and overwhelming acclaim, the project marked yet another victorious instance in which ARR managed to completely overhaul previously established notions and ideas of familiar sites and spaces to reinvent novel presentations and achieve remarkable results.

Scroll down below for more photos of the project. 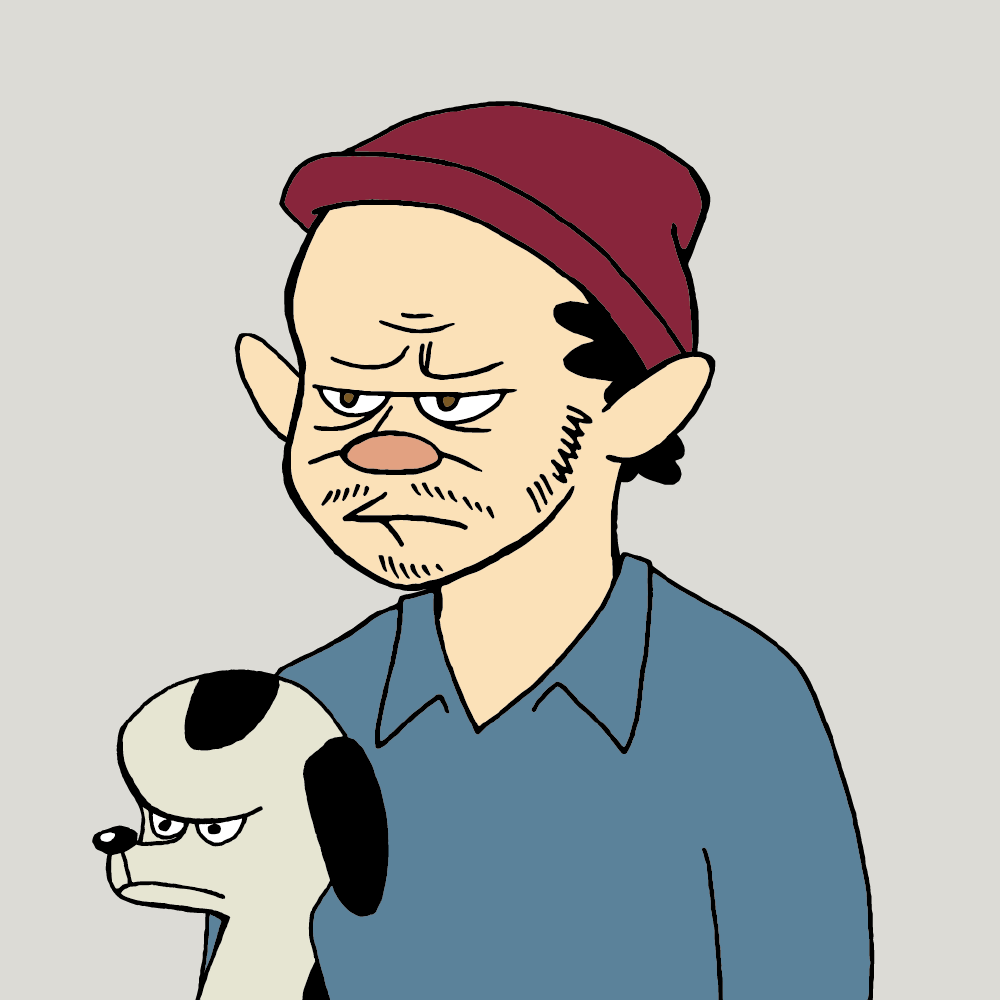 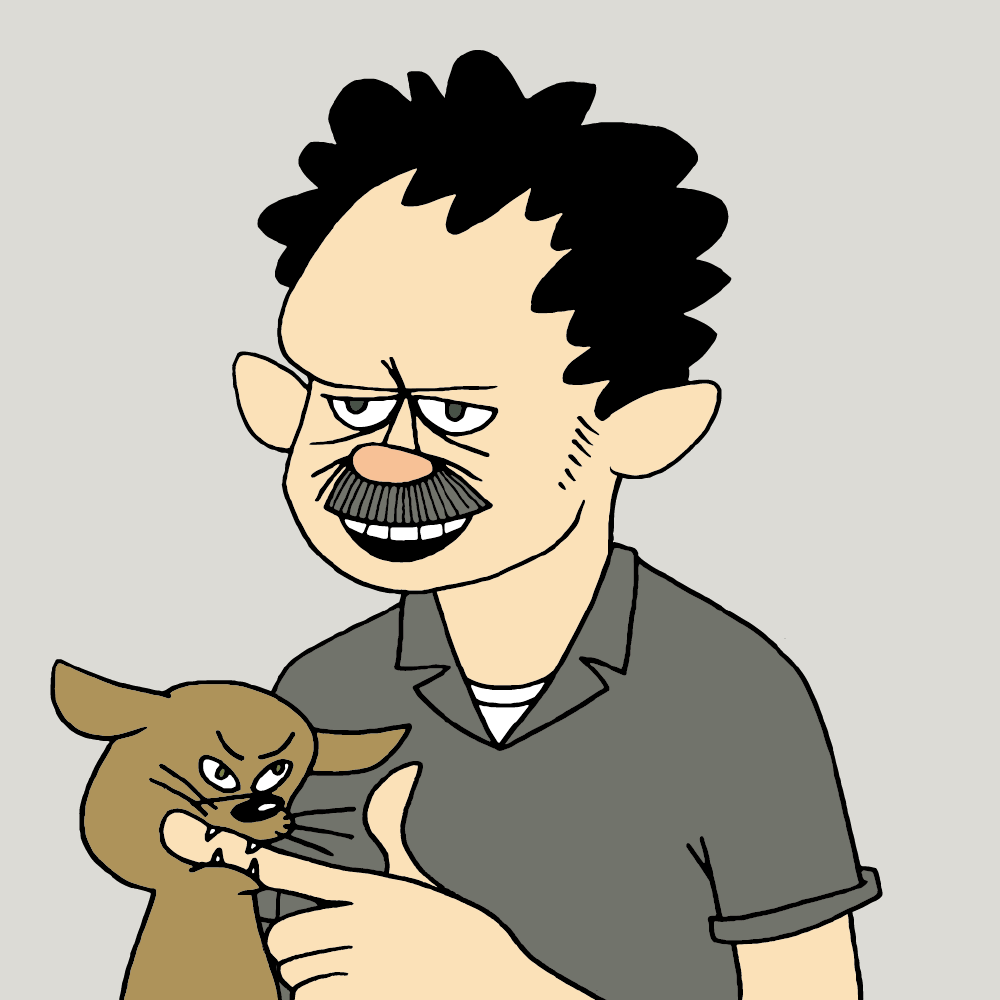 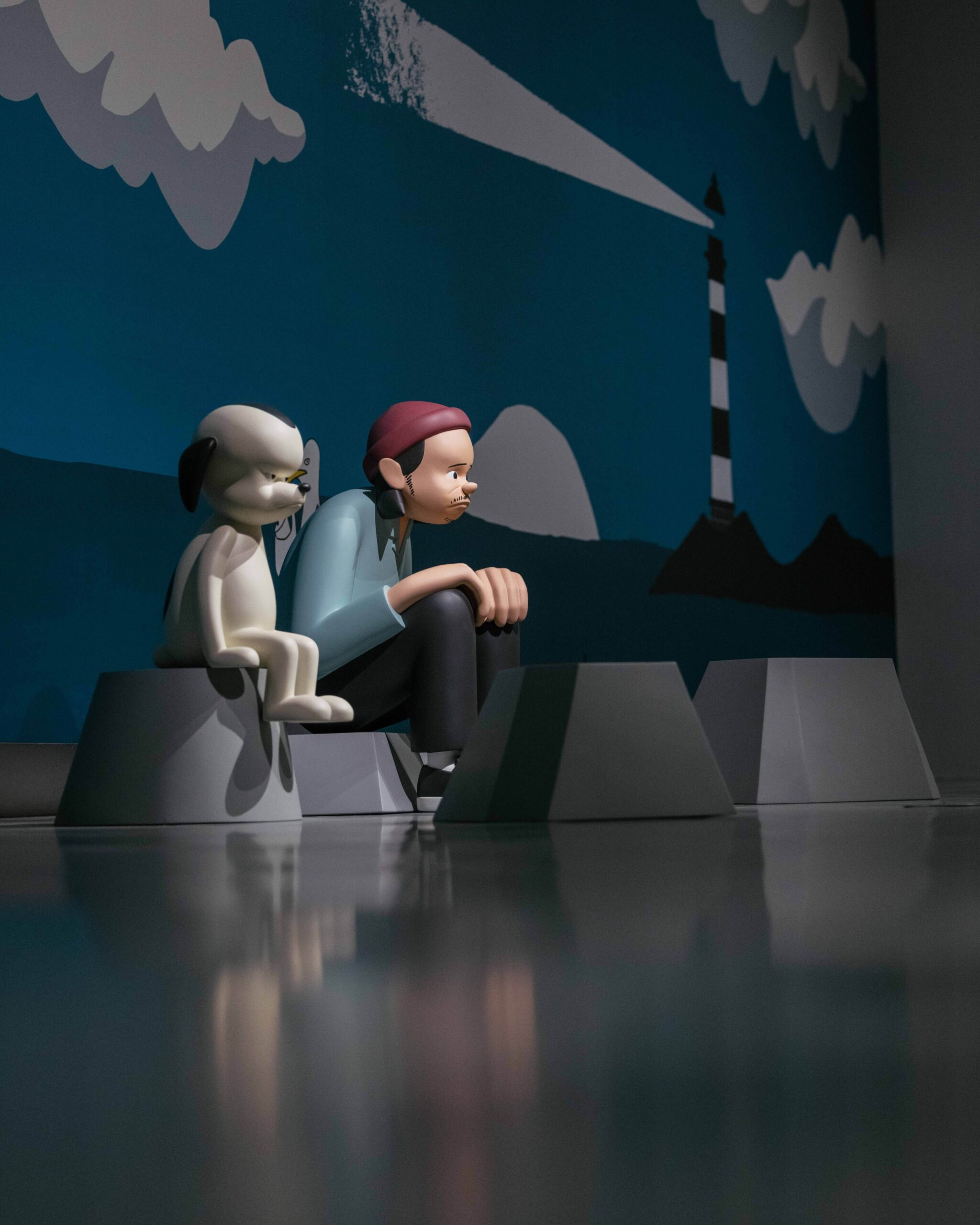 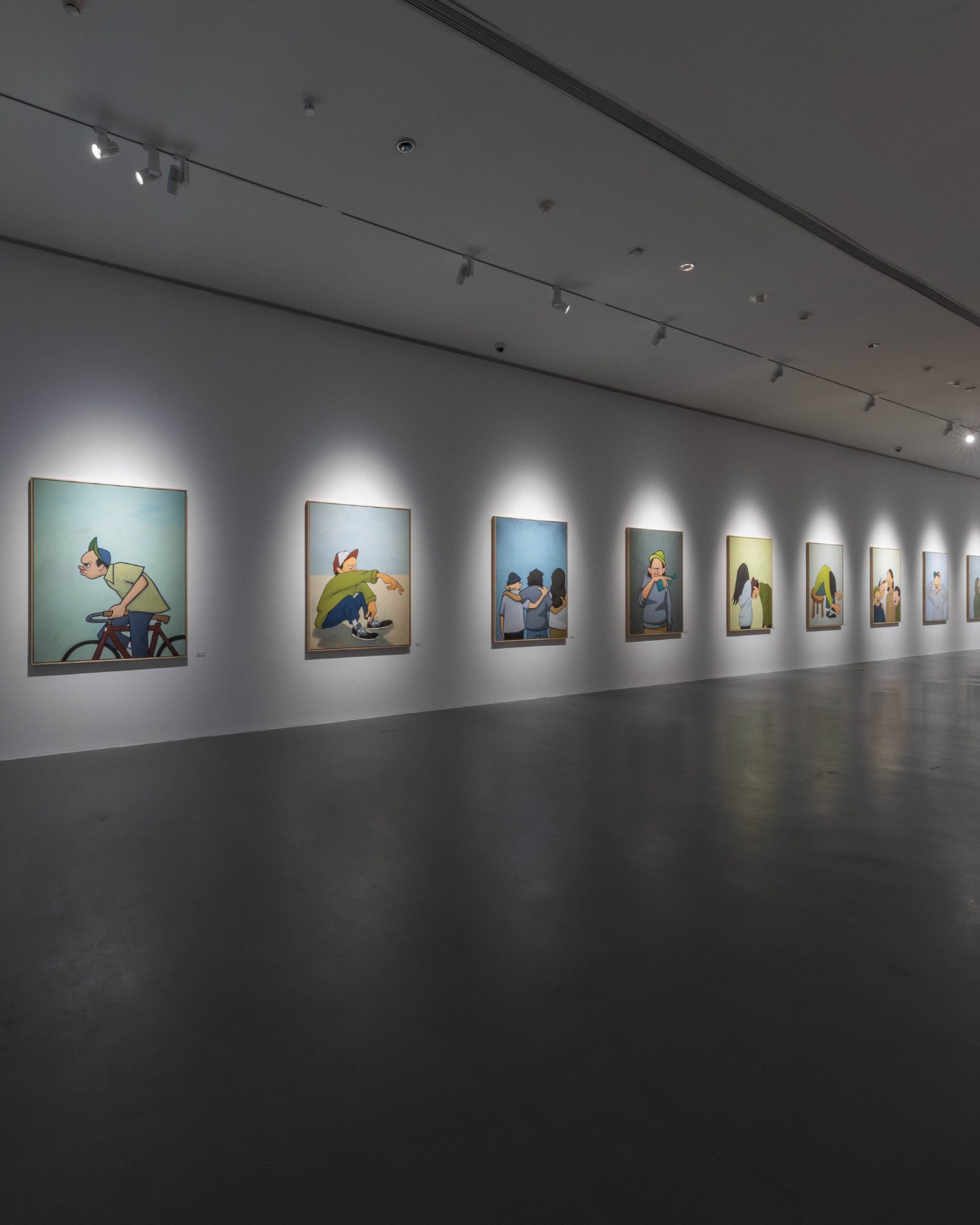