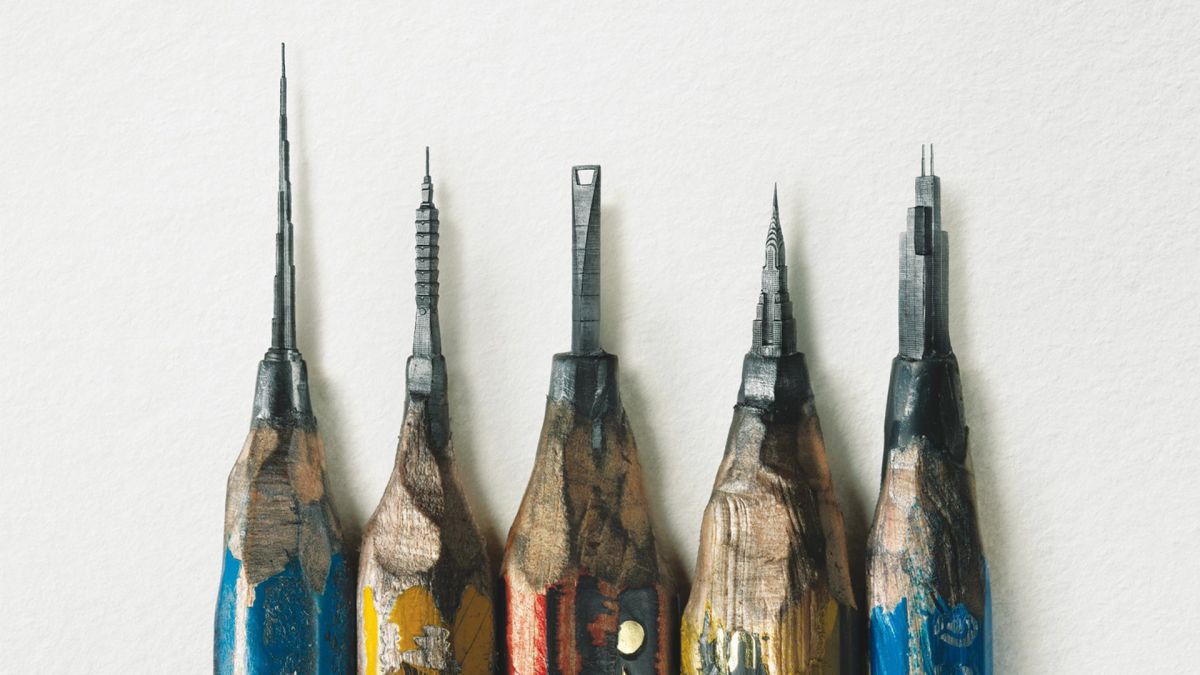 We see plenty of print ads here at Creative Bloq, and the best examples are always worthy of a double-take. But this campaign from a German pencil brand might just have left the sharpest impression yet.

The poster for Staedtler pencils shows what looks, at first glance, like a bunch of bizarrely sharpened pencils. But look a little closer, and it becomes clear that you’re looking at a series of impossibly intricate buildings carved into the lead. It’s definitely up there with the best print ads we’ve seen lately.

The line ‘Where it all begins’ brings home the message – that even the most impressive architectural feats probably began with a simple sketch. And the delightful simplicity of the ad is proving a hit online, with Reddit users gushing over the design.

Many have speculated that the ad is the work of Salavat Fidai, whose miniature pencil carvings have become a social media sensation in recent years. Indeed, Fidai’s Instagram is filled with even more mind-boggling pencil art, including sculptures of everything from Spider-Man to King Kong.

But according to Ads of the World, the Staedtler campaign was created by ad agency Leo Burnett Hong Kong in 2012, with no mention of Fidai. It’s possible that Fidai did indeed work with the agency, or perhaps Leo Burnett was heavily inspired by his incredible pencil sculptures.

From this brilliant (and all-too-familiar) Kit-Kat ad to this ingenious Norwegian Airlines ad, we’ve seen no shortage of brilliant posters over the last few months. We’ve also seen our fair share of designs that have gone down like a lead balloon – but the same certainly can’t be said for Staedtler’s pencil masterpiece. Inspired to create your own design? Check out today’s best Adobe Creative Cloud deals below.