Phantom Center Is A FREE Imager Plugin By Bertom 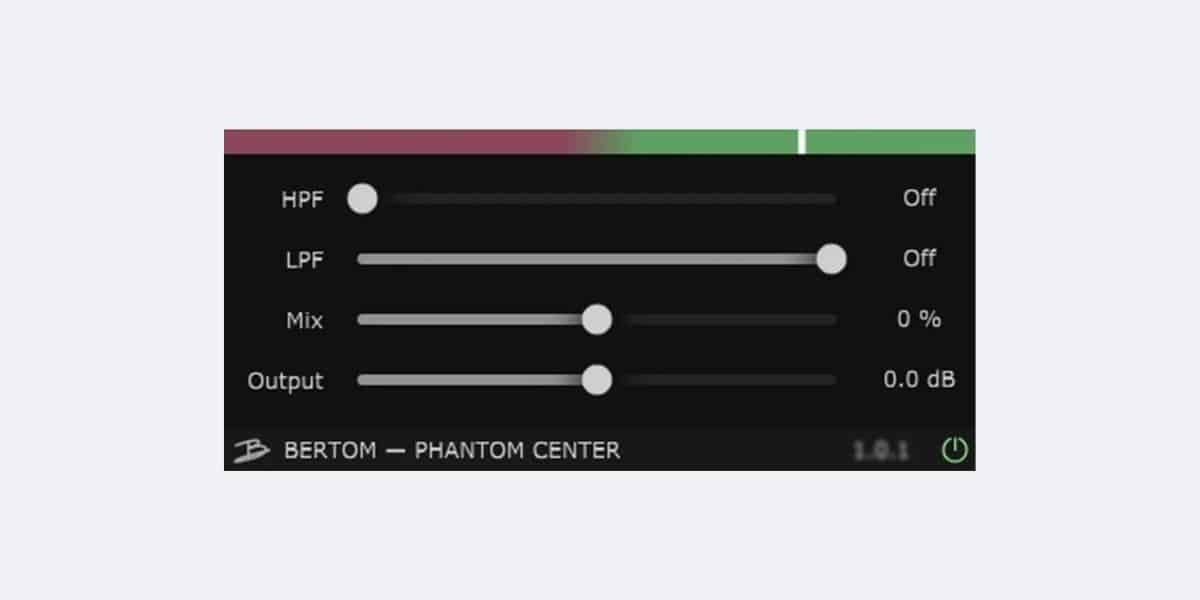 As the name suggests, the plugin focuses on the Phantom Center, specifically extracting the Phantom Center from a stereo signal. The developer highlights this approach by clarifying that this is not the same as mid/side processing.

Before getting into the difference between the two, we should think about what the Phantom Center is.

Phantom Center is a psycho-acoustic phenomenon that occurs when a stereo signal has equal information in both the left and right speakers. With all things being equal, the sound would seem to be coming from a central point between the two speakers.

Bertom says the difference is that the sides tend to be decorrelated here instead of negatively correlated with typical mid/side processing.

If we think of a phase-correlation meter in its most basic form, we have readings of -1, 0, and +1 from left to right. A reading of zero would represent fully decorrelated, and the stereo image will have maximum width. Moving closer to the +1 range would suggest the stereo image is getting narrower, and -1 would represent a negative correlation and more significant phase issues.

Obviously, some fluctuations to either side can be deemed acceptable, but let’s keep it simple.

A solid reading of -1 (negative correlation) will signify decreased mono compatibility where some things may be attenuated or drop out entirely.

Phantom Center has a simple GUI with four sliders: HPF, LPF, Mix, and Output. The HPF and LPF parameters control the filters’ cutoff frequencies applied to the Phantom Center.

The plugin also allows you to separate all channels to process them individually. The extraction algorithm leans towards the aggressive side and may not be best suited for upmixing. But, the developer says splitting and recombing is lossless.

We’ve had a few stereo imager/widener freebies over the last year, like Xpander from OZ-Soft, and Stage by RDG Audio.

You can download Phantom Center in AU, VST2, VST3, and AAX formats for macOS and Windows from the Bertom website. You’ll also find some more FREE/Pay what you want plugins on the website.