This stupefying optical illusion is still the best we’ve seen 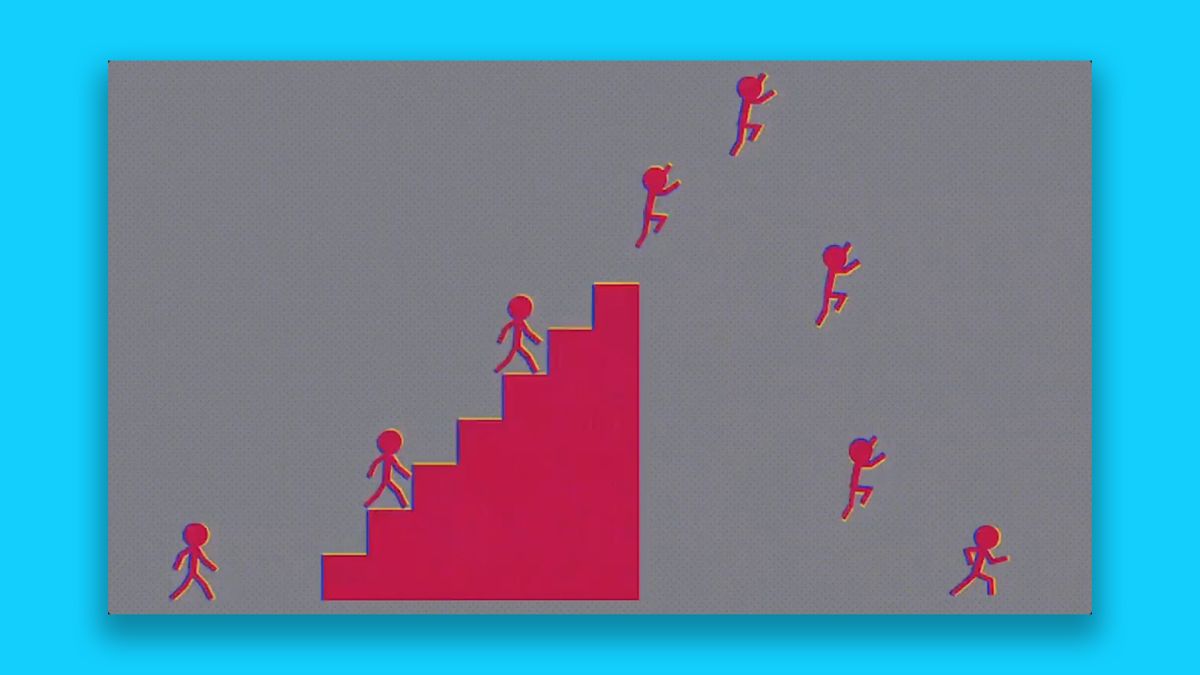 We’ve seen a huge amount of optical illusions in recent months – and while the last two years sadly aren’t one big illusion, these at least offer some welcome, mind-boggling distraction. One of the best examples of the form we’ve seen is still this Twitter favourite from 2020.

Dubbed ‘Super illusion brothers’, the gif seems to depict several figures running and jumping off a set of steps. Except they aren’t moving at all. Shared by prolific illusion artist @jagarikin on Twitter (below), it has fried the brains of thousands of commenters – and we still can’t look away from it. If you’re looking for more illusory inspiration, check out our pick of best optical illusions online.

So, what’s going on in the animation? Thanks to their changing colours, the figures appear to be running up the stairs and falling down, but in fact, they’re not moving at all. We’ve been staring for what feels like years at the figures ‘ascending’ the steps and are infuriated to report that they still haven’t quite reached the top. (Don’t worry, we’ll keep watching – just in case.)

As the title implies, there’s certainly a Super Mario-esque quality to the illusion, which could indeed be straight out of a 2D platforming game. (If you’re looking for your gaming fix, be sure to check out these unmissable Nintendo Switch deals.)

@jagarikin explained on Twitter that Super illusion brothers is a ‘reverse-phi illusion’. According to Stanford University (as spotted by 7News), this is a “basic effect” whereby “If a bright point appears at one position, and then reappears at a position shifted to the right, we tend to see a single object moving left to right.” But a scientific explanation isn’t enough to stop the supposedly “basic” illusion blowing minds on Twitter:

I had to place my mouse cursor over this image to confirm things weren’t moving. https://t.co/6bgwXgXp0GNovember 24, 2020

OK, we have officially reached the peak of optical illusions. There is not surpassing this one. https://t.co/jQQWJxzweyNovember 25, 2020

This isn’t the first time @jagarikin has wowed Twitter users with a mind-blowing illusion. Back in 2020, they made heads spin with a pair of ‘rotating’ cubes (spoiler alert: those aren’t moving either). And from retro head-spinners to brand new colours, we’ve seen some truly incredible illusions in the last few months alone. Want to create your own? Check out our guide on how to download Photoshop.