Loades Is A FREE De-Esser Plugin By Analog Obsession 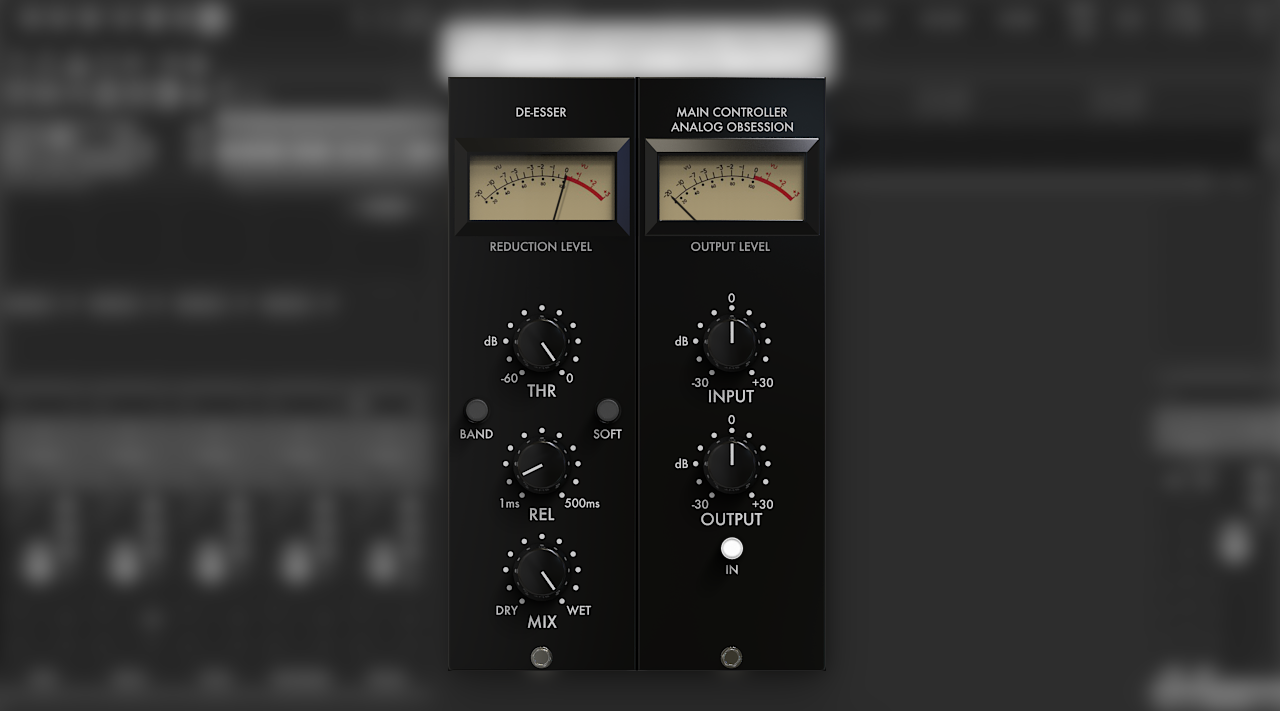 Analog Obsession is a developer we have covered multiple times, typically delivering some of the best freeware plugins available.

This new release is LOADES, a simple but powerful de-esser with some interesting features.

The GUI is both simple and well-presented in the usual Analog Obsession style.

It starts with two lovely VU meters for the Reduction Level and Output Level. Getting into the controls starts with the Threshold with a 60dB range.

Next, you have the Release knob with release times of 1ms to 500ms. The Release knob allows you to clamp down quickly or have more relaxed processing.

Either side of the Release knob is two buttons, Band and Soft. The Band button will switch the de-esser to band type rather than shelf. Similar features are found on paid de-essers like the DE555 from McDSP, so that’s a nice touch if you want to make broader adjustments.

The Soft button will make the de-esser even more transparent with smoother processing. One of the things that you’d expect from an Analog Obsession de-esser of this type is that it’s silky-smooth even when working hard.

There’s a Dry/Wet Mix before finishing up with Input, Output, and a plugin on/off switch.

Another thing that you get from LOADES, which is typical of Analog Obsession plugins, is very low CPU usage.

When you think of the most common use cases for a de-esser, you’re doing things like attenuating vocal sibilance, taming harsh highs, or warming up an entire mix. Many de-essers do a great job, but some are expensive, and some have needlessly convoluted GUIs. If you want a simple de-esser that’s very smooth and does those things very well with little fuss or fanfare, give LOADES a try.

Analog Obsession plugins are free, but you can become a Patreon and donate towards developing more fantastic plugins.

As I said, we have covered a few already, and if you haven’t checked them out yet, have a look at dBComp, PREDD, and Room041.