mark3 Is A FREE Mid/Side Limiter Plugin By DSPplug 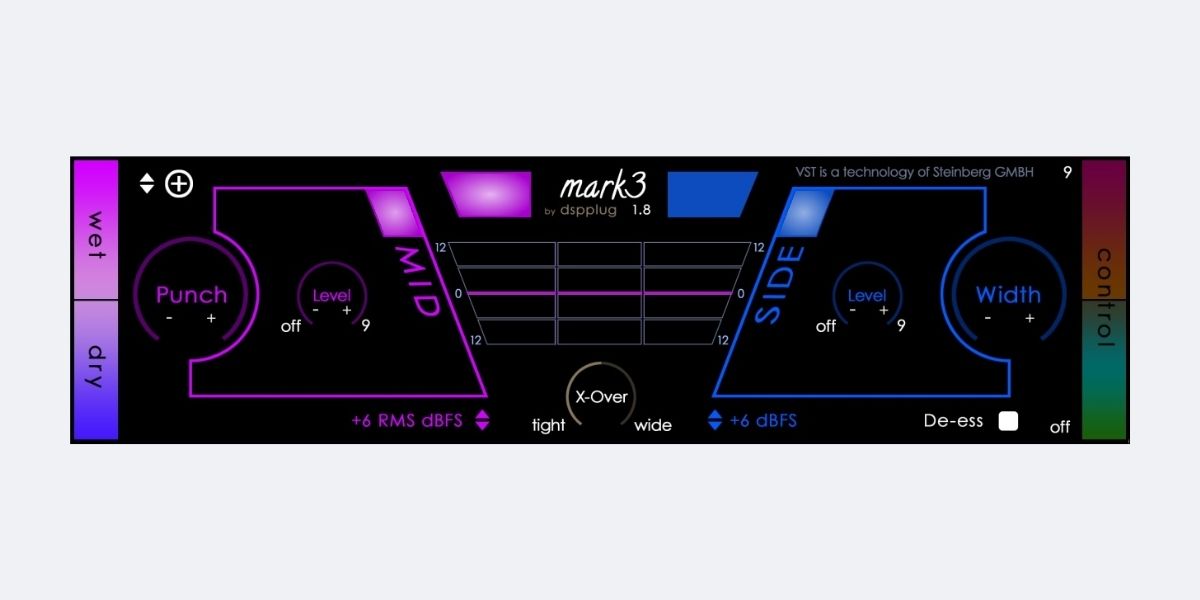 mark3 is a mid/side limiter from DSPplug, a developer we have covered a few times before. Like previous DSPplug offerings, mark3 is Windows only, but macOS support is in the works. That’s good news for people like me who talk about getting a Windows system but still haven’t done it.

mark3 features a three-band graphic EQ for mid and side and a dBFS and peak RMS mastering solution.

The colorful GUI seems somewhat of a departure from the look of a typical DSPplug product. It’s a bit more modern but looks pleasingly straightforward.

The mid and side processing controls are the same, besides Punch on the mid and Width on the side. Each, when selected, can make use of the central graphic EQ. I can’t speak too much on the results until a macOS version drops, but I like the intuitive layout.

The benefit of mid/side limiting is that you can independently tackle the mono/stereo information. Unlike full-band limiting, you can deal with problem peaks in the mid signal while maintaining the stereo balance. There are various mid/side limiter plugins available, some cheap and some relatively expensive, like bx_XL V2 from Brainworx somewhere around $200 (approx).

The DSPplug website mentions that mark3 is not an official release by VoS or a collaboration between VoS and DSPplug. The developer, Robert E. Langford, speaks about mark3 beginning as an emulation of a discontinued plugin. However, he decided to rebuild the plugin to be a unique product.

Hopefully, (for me) macOS support comes soon, and I can run through mark3 for myself. Until then, your comments and opinions are always appreciated.

If you’re looking for a different kind of free limiter, DSPplug has esquire3, and Frontier from D16 Group is an excellent freebie.

mark3 is available in VST2 and VST3 format for Windows.