THE FOLLOW UP –– BAKER VIDEO WITH ANDREW, ZACH AND ROWAN

That new Baker vid that just dropped shook the scene. Go behind the sessions with Rowan, Zach and The Boss with this fresh batch of interviews. 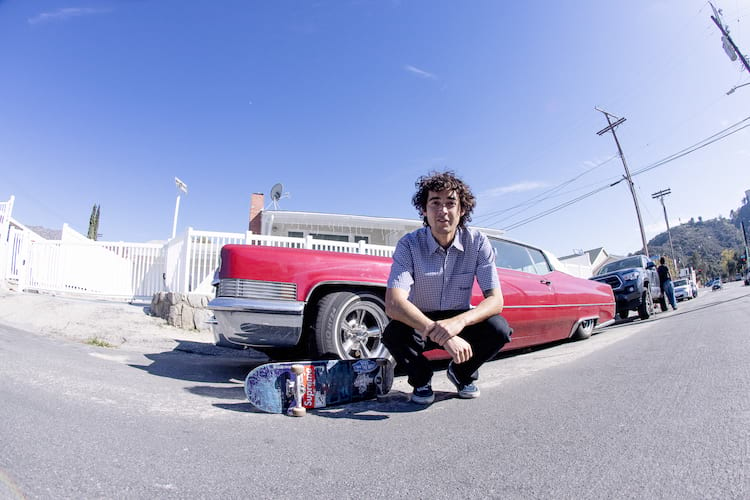 What’s the point of making a video part?
I’ve heard Andrew say this a lot of times, “Video parts are like an album to a musician. It shows a lot about you and what was going on during that time.” Someday when you can’t skate anymore you wanna be able to look back and be happy with your discography. 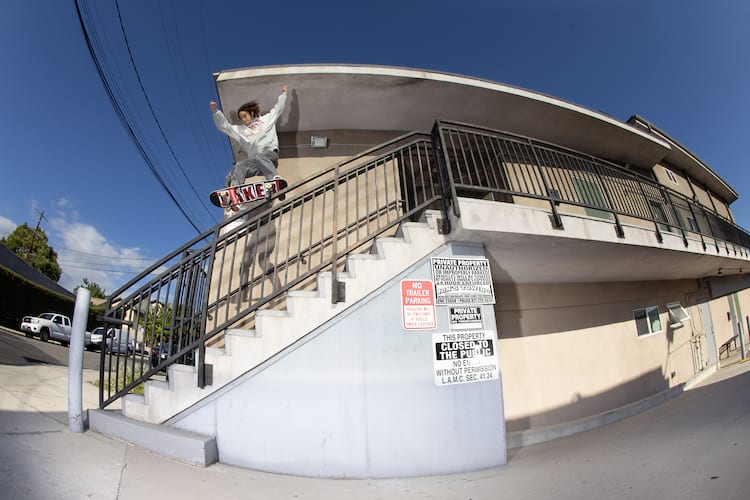 No matter when you look back, this apartment-rail 5-0 will always be buck

Favorite clip in the new video?
Zach’s pressure flip in the dark.

Puttin’ the pressure on a famous Denver stack

How long did you film?
A little over a year, on and off, with minor injuries.

How do you get trick ideas?
Mostly just driving around and letting the spots you find decide what the trick should be. Rarely do I ever have a certain maneuver that I need to find the right spot for. Normally the spot comes first then the trick to try secondary. 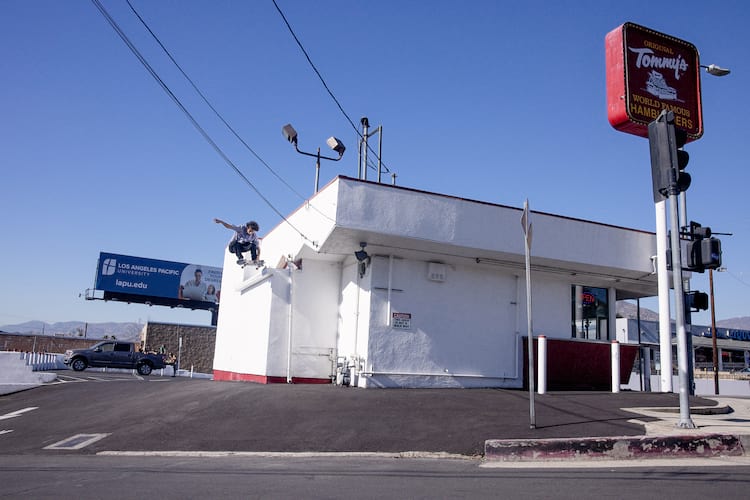 This burger-joint cliff was calling for a pull-off into the bank   Photo: Atiba

Any reason the whole part was in LA?
COVID. 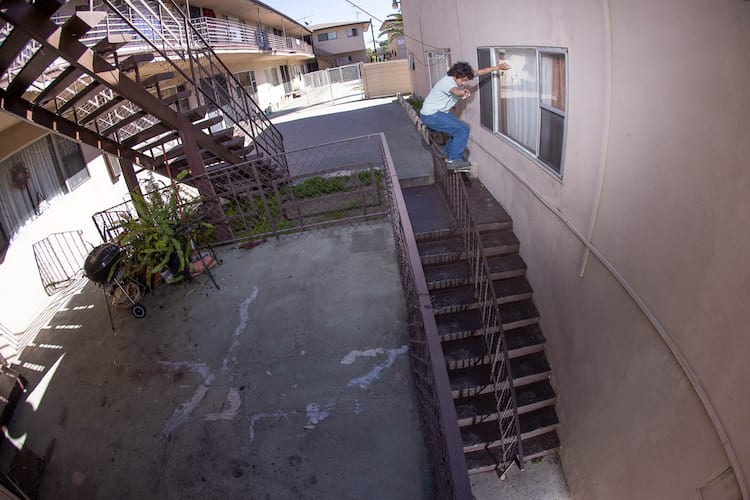 50-50 flat down while on the apartment complex beat    Photo: Atiba

Filming crew?
For this video, most days it was Aidan, Bag, Flech and Jesse.

Best warm up to go get tricks?
McDonald’s (RIP).

Are you going to make more parts?
I hope so! 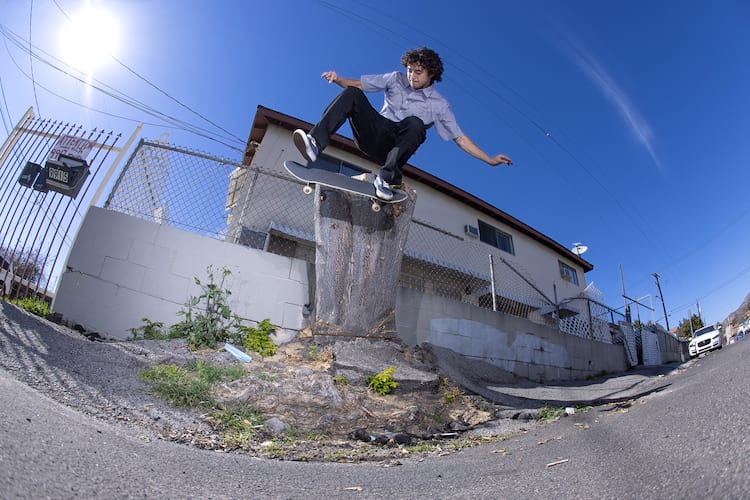 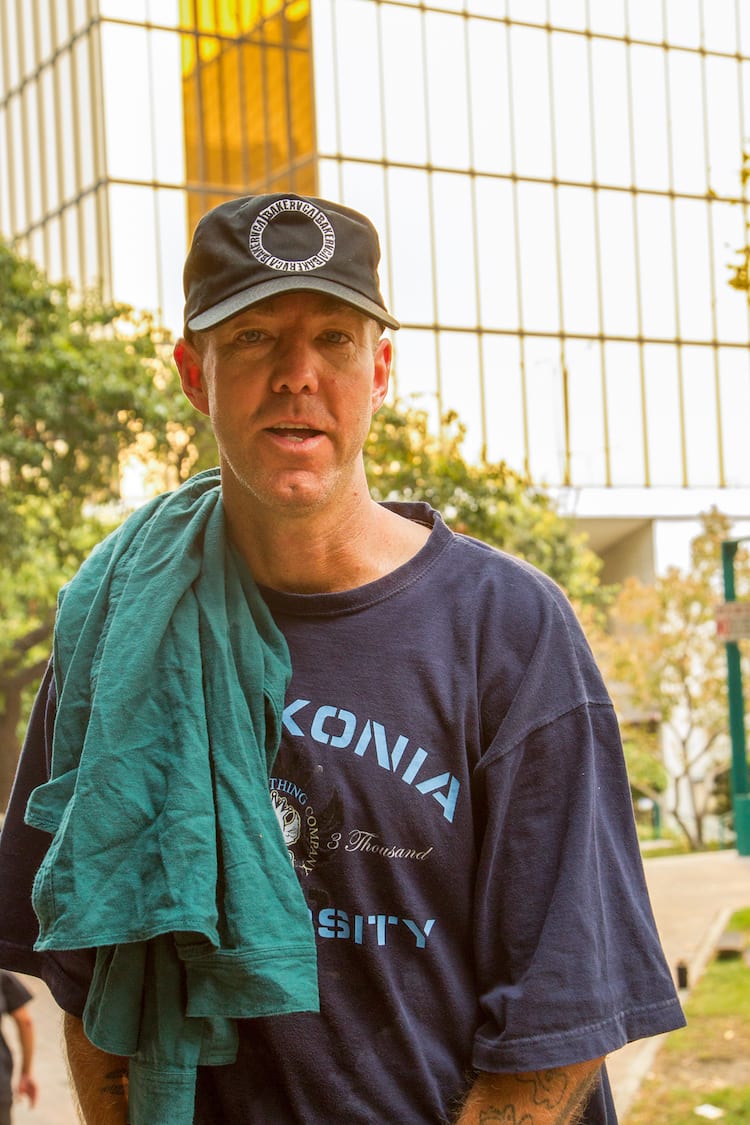 What’s the point of making a video part?
Show your skating to the world, or at least people who like watching skate videos. Good goal to have as a pro skater. 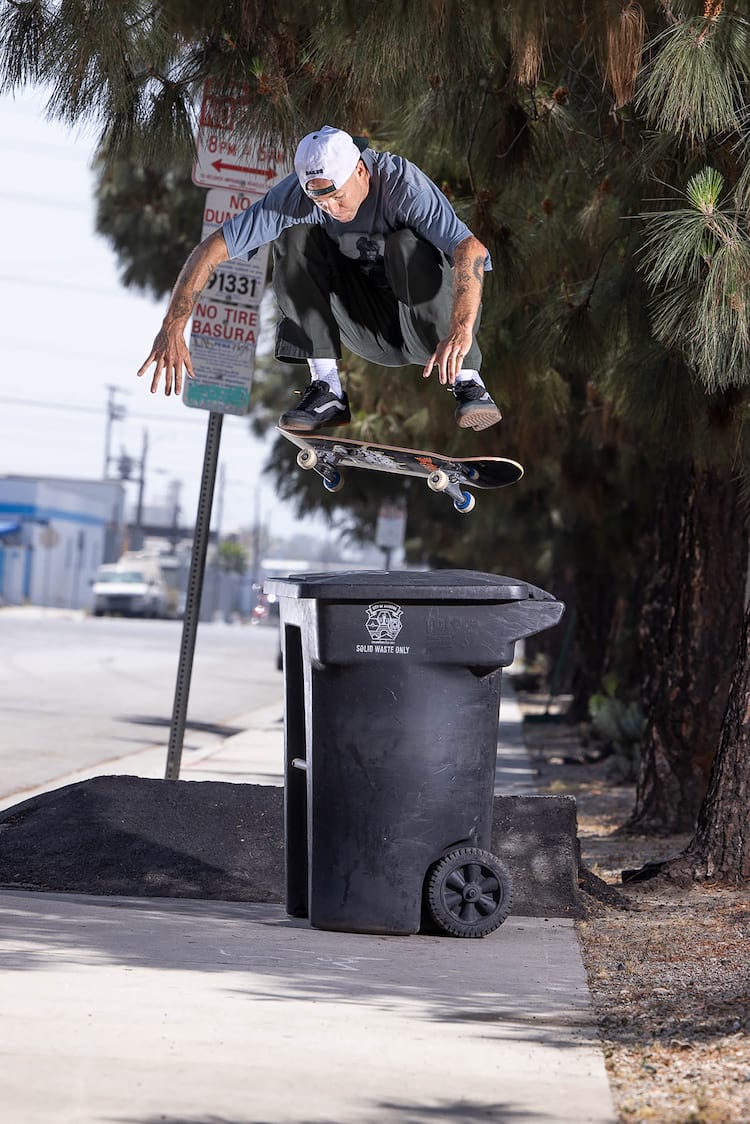 Solid waste in the can, solid gold over it, frontside shifty flip    Photo: Atiba

Favorite clip in the new video?
Zach with a beer and gummy worms flipping off all the haters.

How long did you film?
This took a year. AVE’s part got me fired up and I asked Rowan and Zach if they wanted to make a short Baker video.

How do you get trick ideas?
Watching skate videos, new and old, skating in the park at Baker Boys and seeing what ideas come to me. 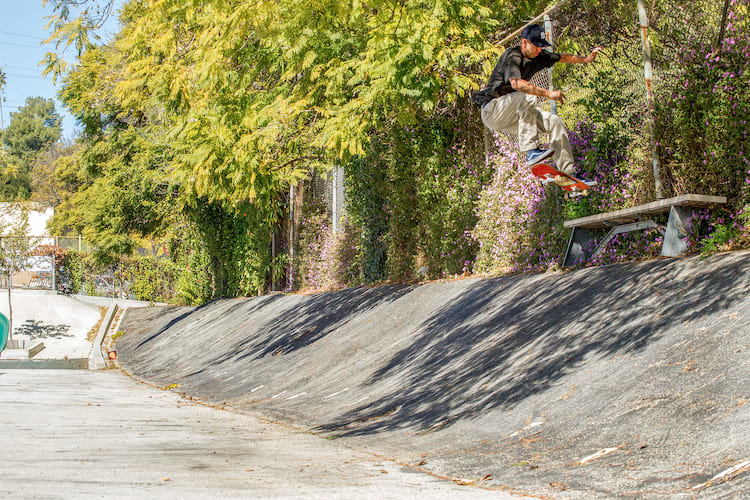 Any filming trips?
Mostly LA. Went on two trips to NY and SF.

Filming crew?
I usually keep it pretty tight, small crew––Jay Thorpe, Shane, Spanky. Try to hurry up and get the trick so we can go eat.

Best warm up to go get tricks?
Quick 20 minutes on the exercise bike and stretch.

Are you going to make more parts?
I’ll make parts until I can’t anymore! I got a few more in me! 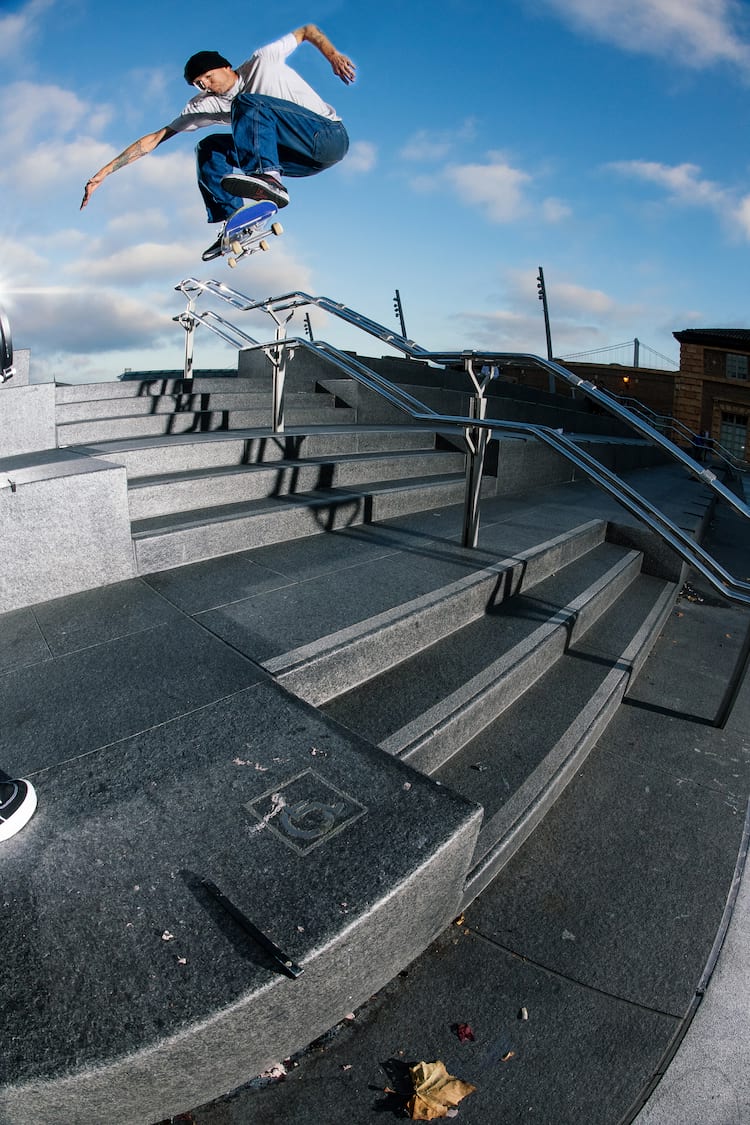 The Boss in The Bay, doesn’t get much better than that—varial heel   Photo: Bram 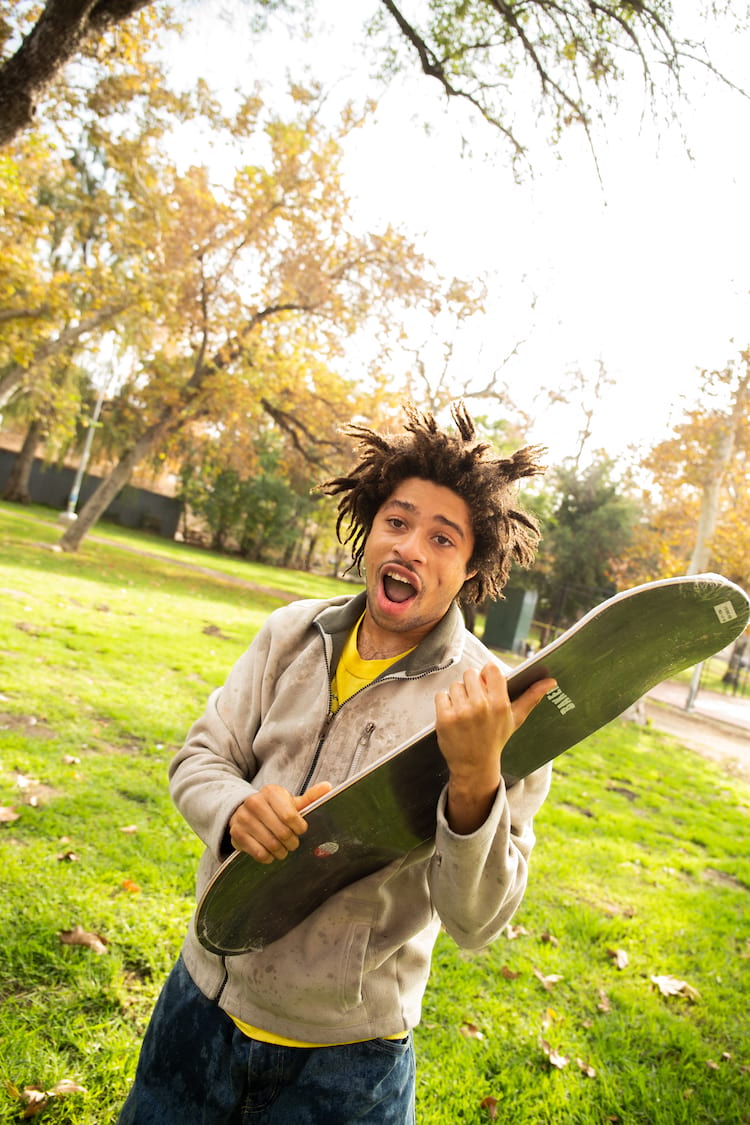 What’s the point of making a video part?
The point is to leave your mark in skating and show what you can do.

Biggest distraction from filming?
Probably going out at night. 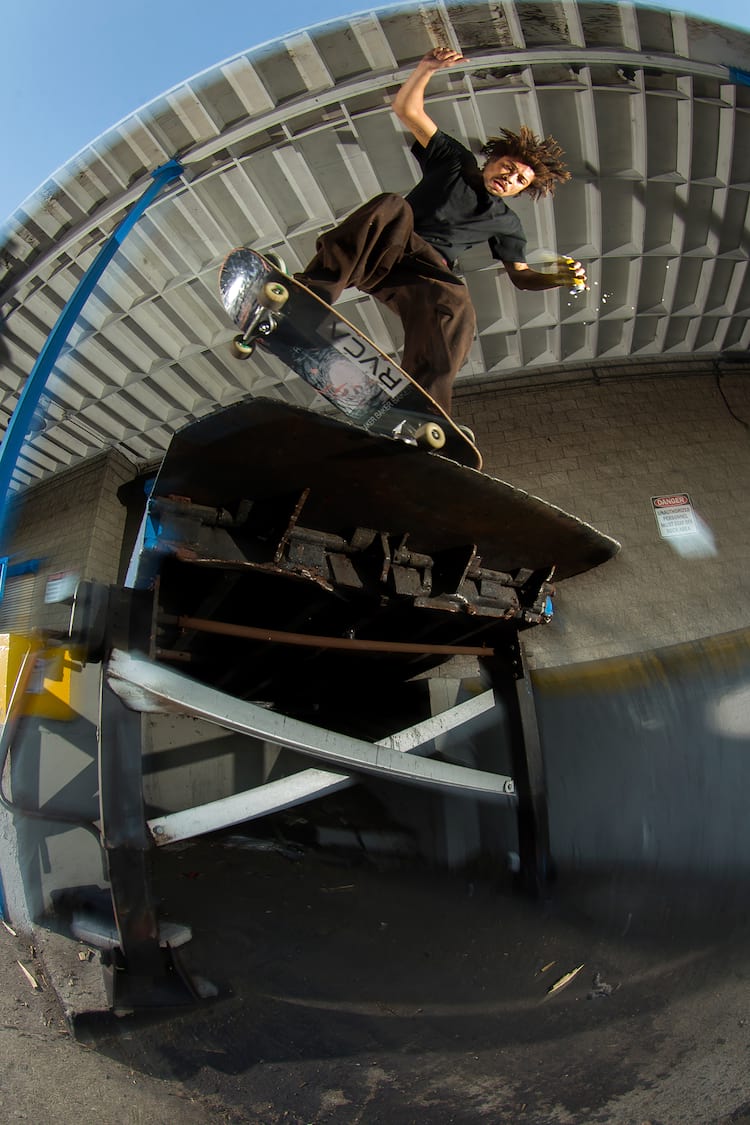 When the party bleeds into the streets, back 5-0 180 out with a can in the hand     Photo: Karpinski

Rowan comes correct with the precision boardslide to switch 50-50

How long did you film?
Like a year and a half or something, but a lot of the older stuff got cut out.

How do you get trick ideas?
Sometimes I’ll figure it out at a spot. I don’t really think about it that much.

Does Andrew pressure you to get footage?
He doesn’t pressure me, but he definitely motivates me. 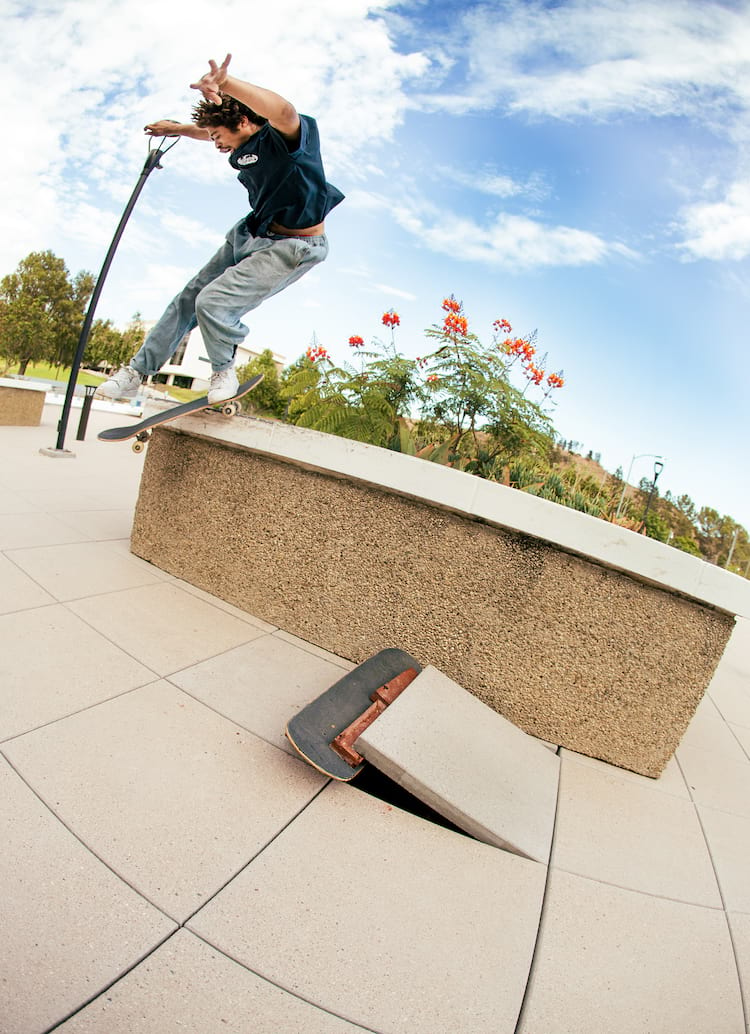 Is there a time when too many goons are on the session?
Yeah, there can be. But for the most part it gets me stoked.

Filming crew?
Too many to count. It’s always a mix of a bunch of different goons.

Crooked grind tailgrab for the goons

Best warm up to go get tricks?
Skating transition.

Are you going to make more parts?
Yeah, ’til I can’t walk, I will try to make parts. 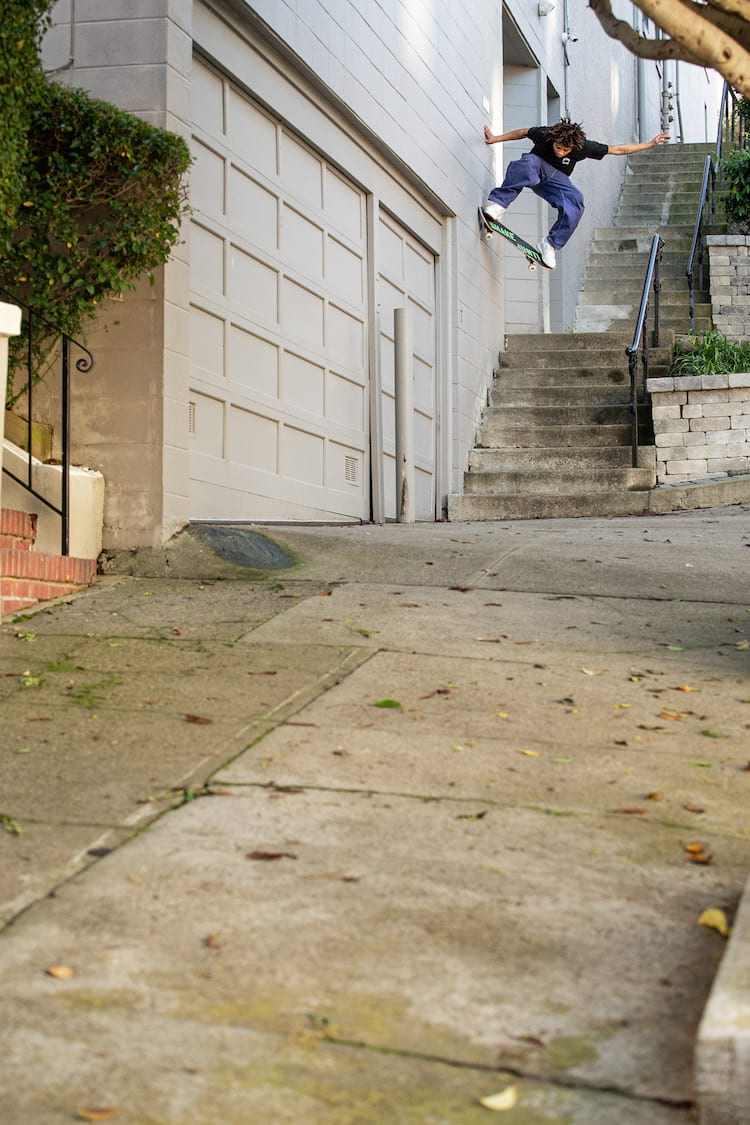 Wallride nollie on his GX shit. Run that video back to spark the weekend sessions     Photo: Hernandez