Spanish artists Pablo S. Herrero and David de la Mano have collaborated on a new mural in Torrent, Valencia, Spain. The projects is a continuation of their previous mural “The Calm”. 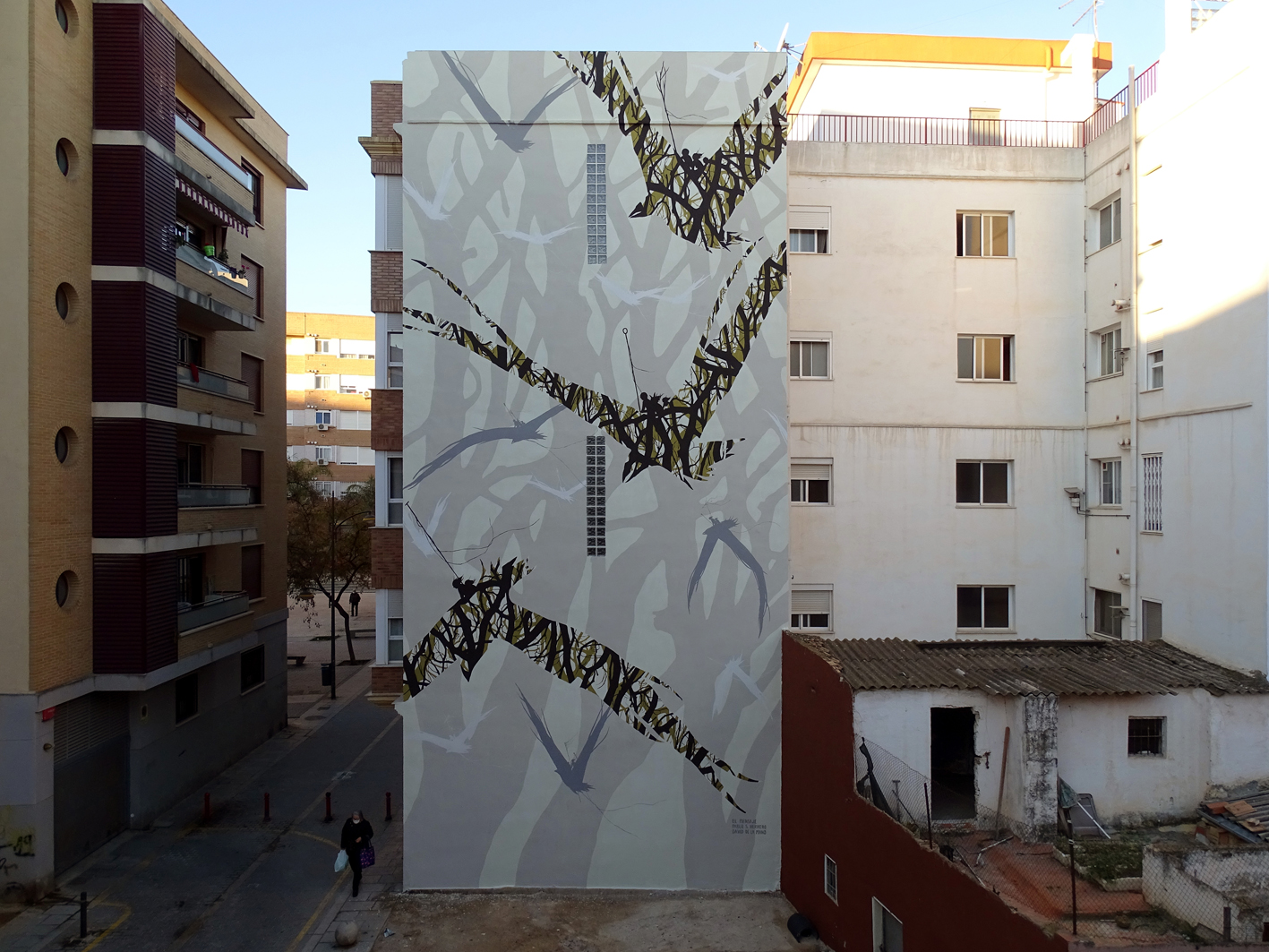 “A sailing species brings news from the distance to land and songs of encouragement. It brings omens and the wishes of those left behind. It carries seeds that will take care of the air. It only respond  to the ultimate power.”

The pictorical language of Pablo S. Herrero is linked to the code of plant forms. Trees and forests, both murals and paper, are the vehicle for show relationship between the dynamic and the static, individual and community, sustainability and resistance. His activity as a muralist, usually at off-center and marginal spaces, take the suburbs as a paradigm of the rejection that the city causes to large parts of itself. 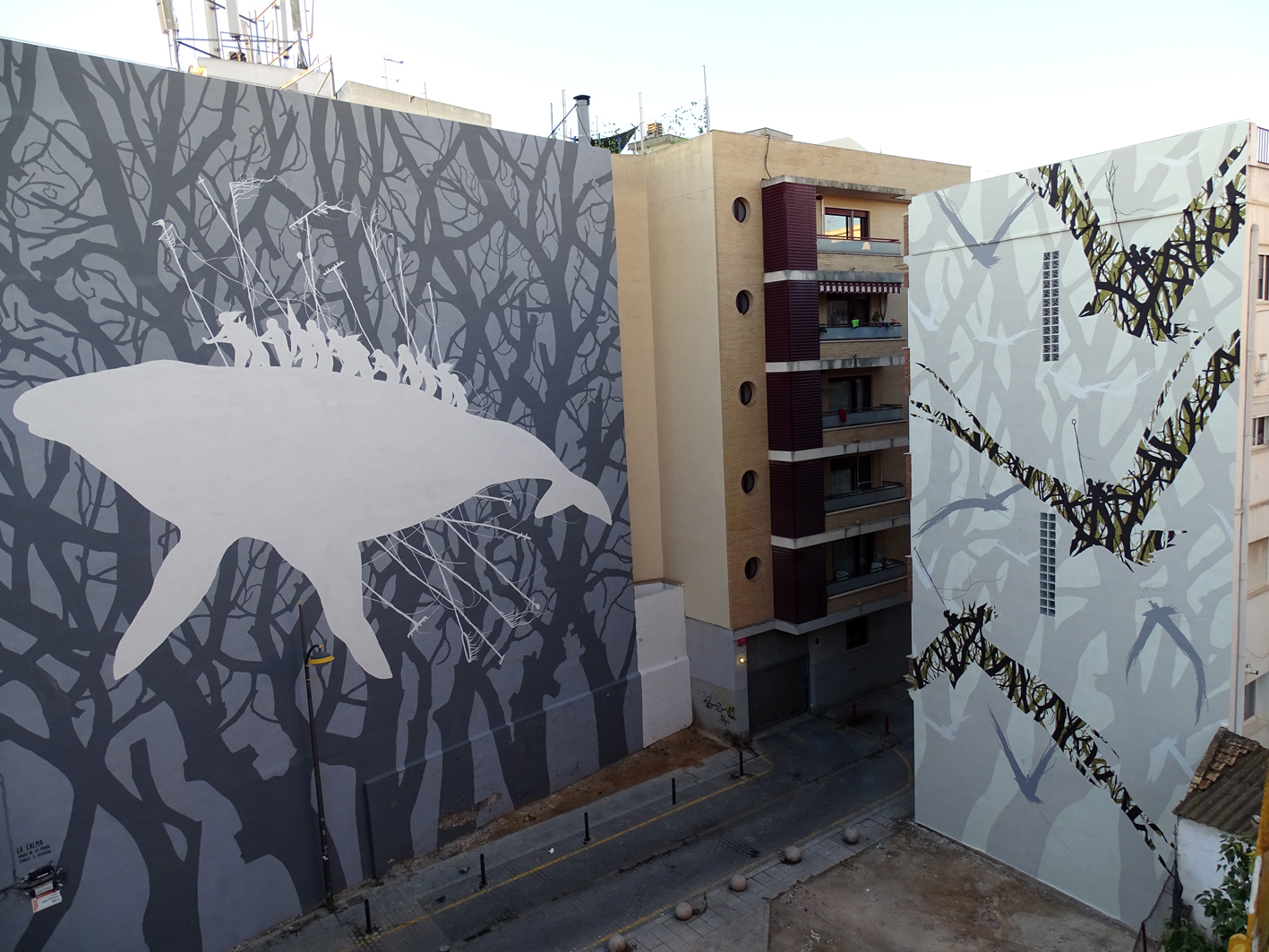 On the other hand, David de la Mano is known for his large dystopian murals featuring human and animal silhouettes and minimalist style. He creates distinctive artworks which are symbolic reflections on humankind and reminiscent of dark fairytales.

The single anthropomorphic figures of the artist gather together and unite in an eternal and recurring movement; the individuals become the mass and vice versa, and they are driven by their dreams, ambitions, fears, vices, hopes, and internal conflicts.

Take a look below for more photos of the mural 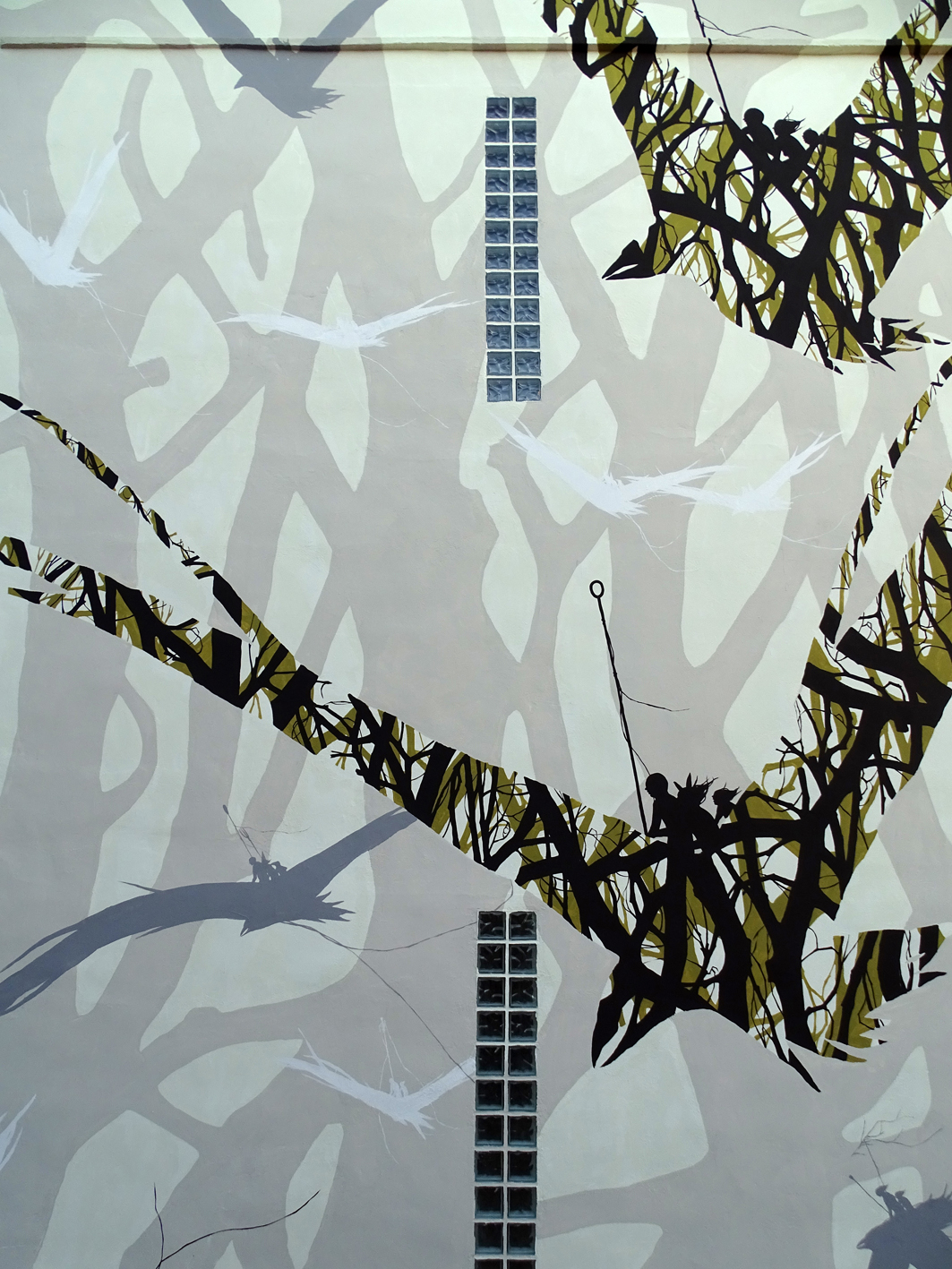 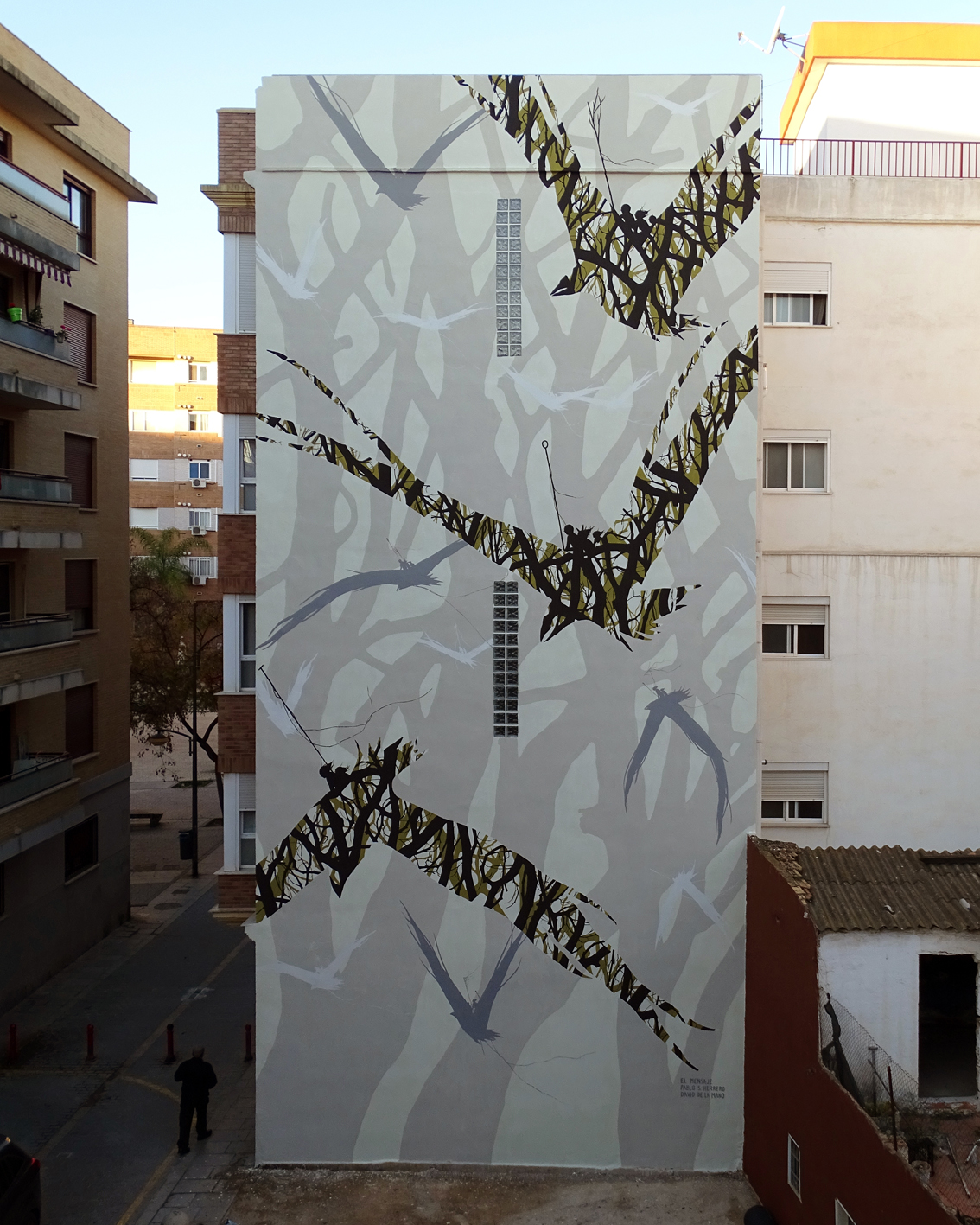 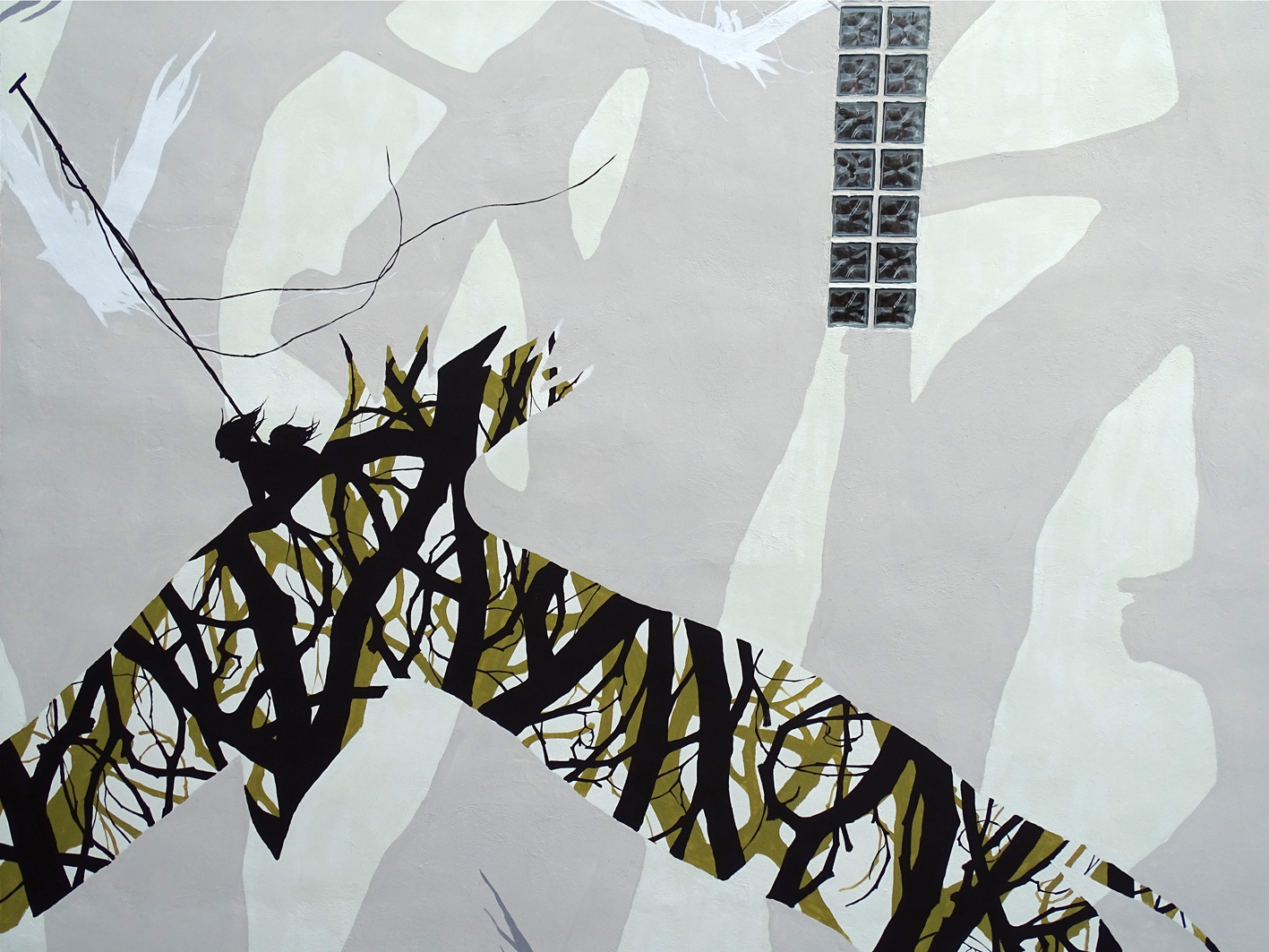 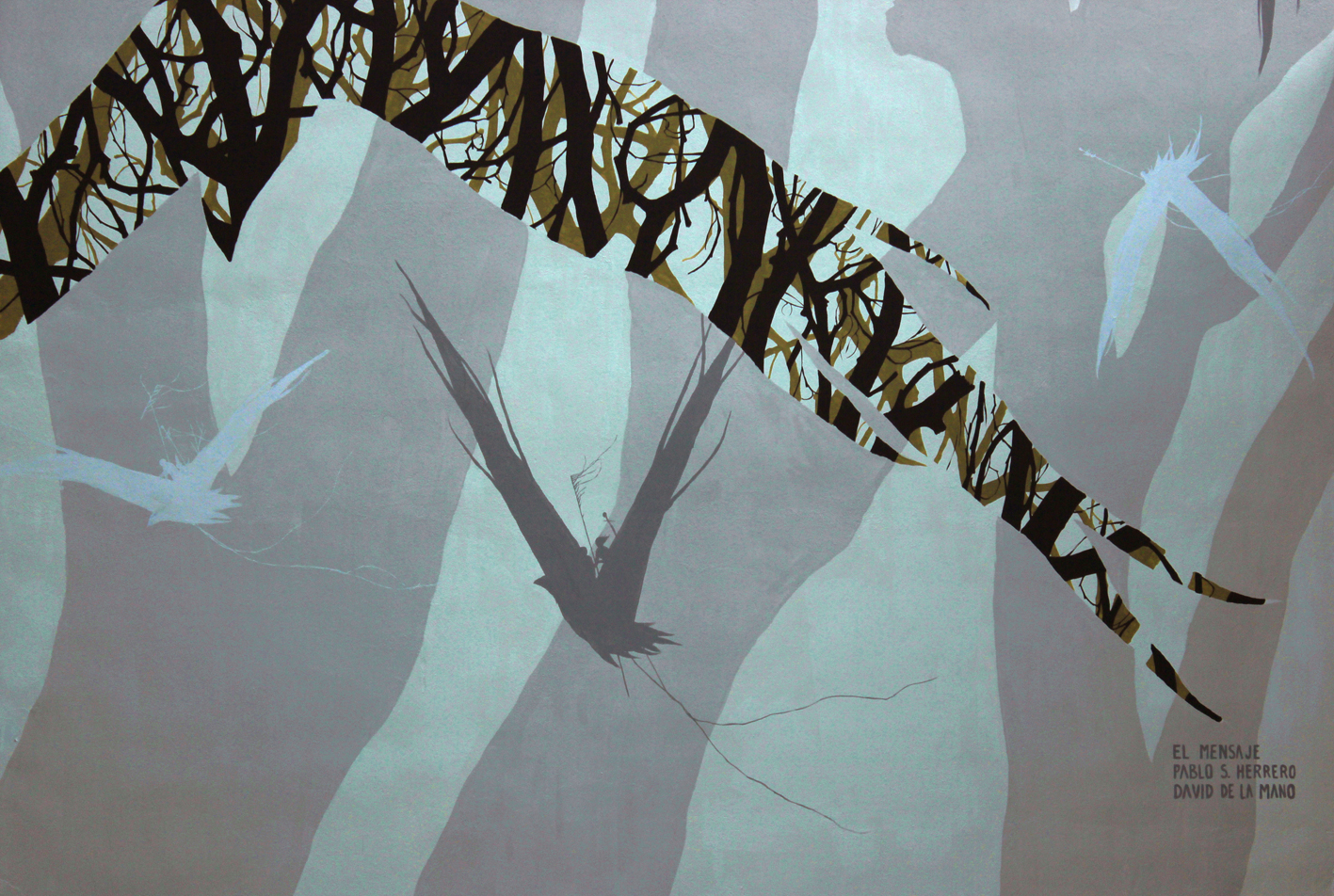 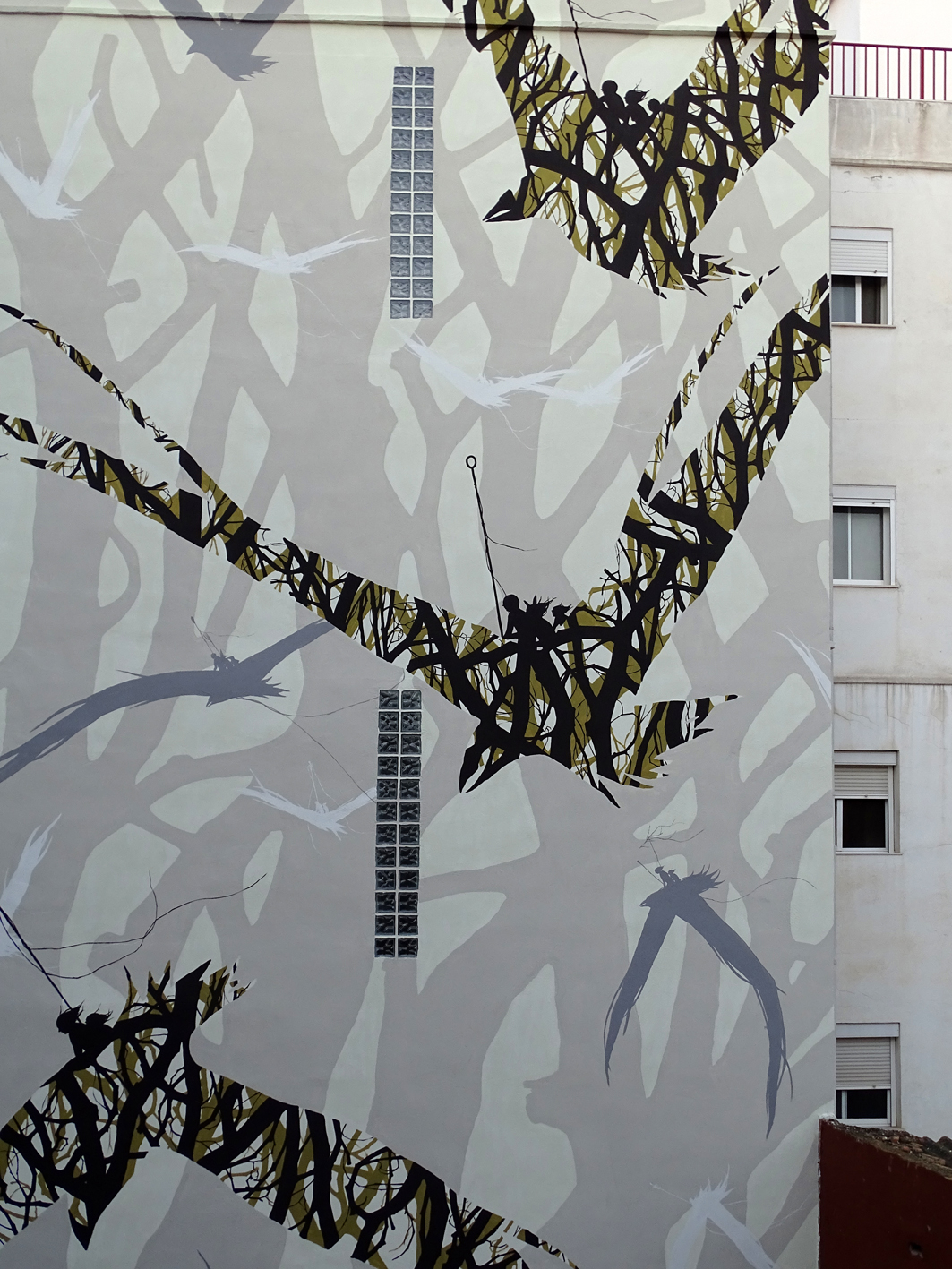