Car maker KIA , in collaboration with Brazilian synth designer Arthur Joly, has released a free software synthesizer, move.ment, that’s inspired by pink noise and the sounds of movement in nature.

Pink noise or 1/f noise is a ‘color’ of noise where the intensity falls as frequency rises. Compared to white noise, pink noise could be described as “deeper” or “less hissy”.

Many natural systems, like surf and wind, create variations of pink noise. Pink noise has also been shown in some experiments to be soothing, to improve focus and to help people fall asleep, because of the way it masks sounds and mimics natural noise sounds.

Here’s what they KIA has to say about the free synthesizer:

“The sounds of movement in nature produce what’s known as pink noise. This increases the alpha waves in the brain, inducing the flow state of consciousness, the state in which the brain is at its most creative. These natural sounds were recorded all over the world and used to develop the one-of-a-kind instrument, that we call move.ment.” 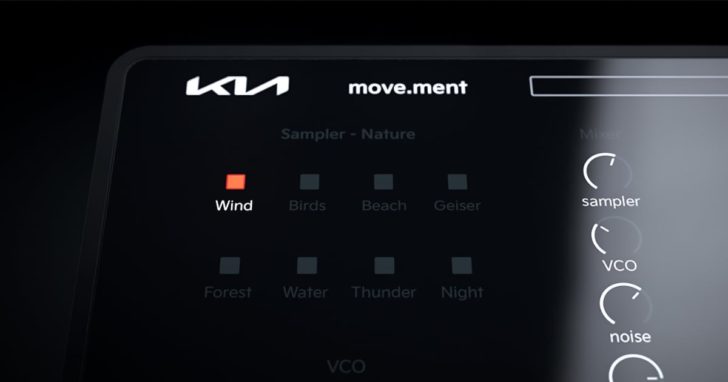 They’ve also released a collection of tracks made with move.ment:

move.ment is available now as a free download for Mac & Windows.

If you give move.ment a try, share your thoughts on it in the comments!