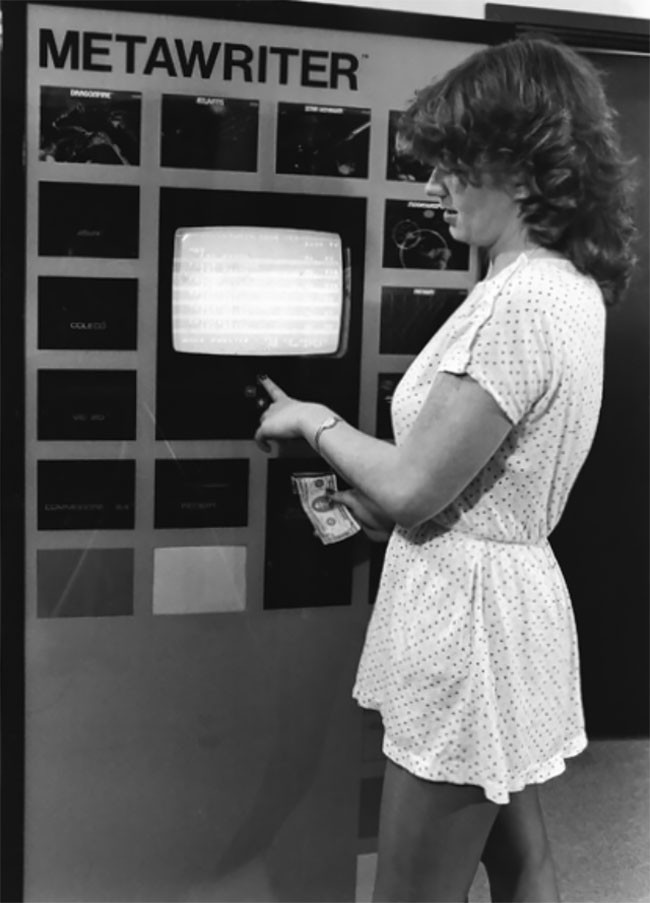 When Nolan Bushnell sold Atari to Warner Communications, he agreed not to compete with the company for a specified period. When ban expired, Bushnell has introduced a software vending machine, the Cumma Metawriter, in 1983. 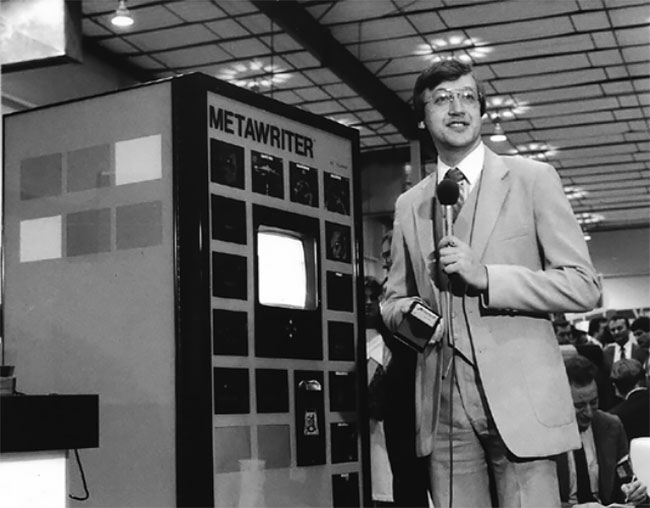 The Cumma Metawriter allows a shopper to select from hundreds of different software titles at the touch of a button. The Metawriter looks suspiciously like a high-tech version of an old fashioned Coke machine. But consumers bring their own bottles. The way the system operates is simple. A consumer loads a ROM cartridge into a slot and a program is transferred on to it. 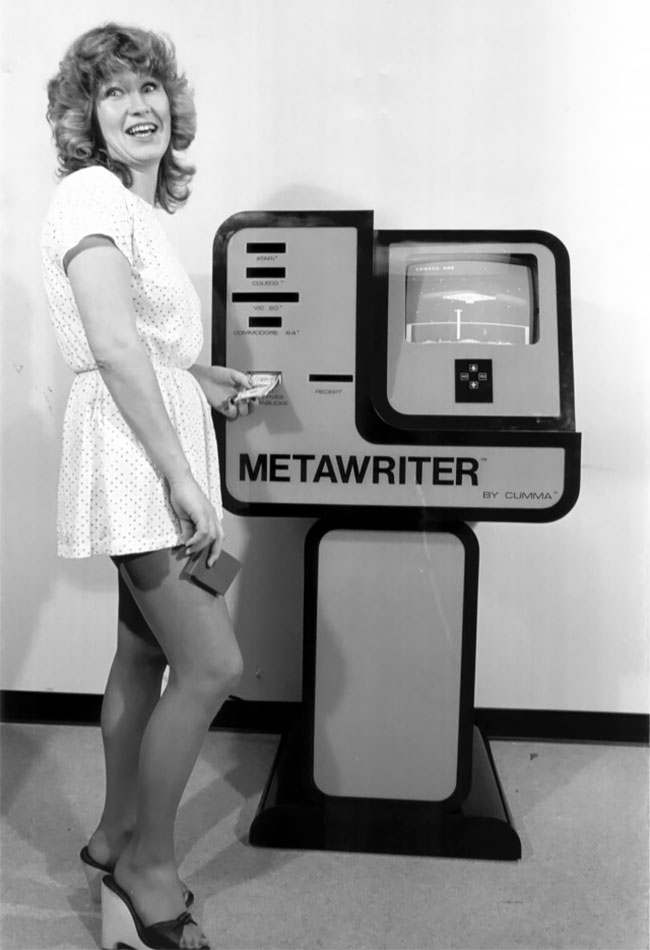 Bushnell is not alone behind Cumma. He has brought with him all the old Atari cobal. So it could be software vending machines in every gas station across America. 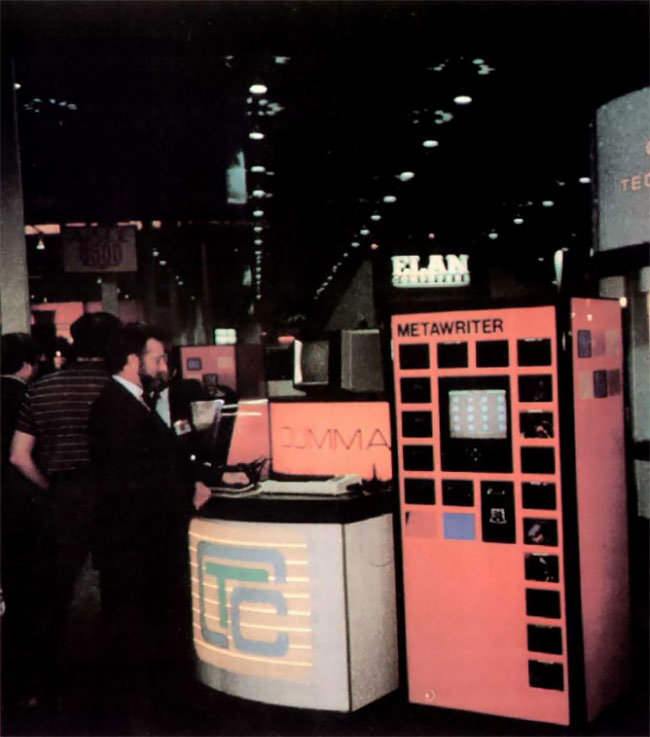