Among the palm trees of Al Wasl Road in Dubai, a mural by Lonac, a Croatian muralist, illustrator and painter, overtakes the horizon. He is best known for his large-scale photorealistic murals, with various murals internationally. 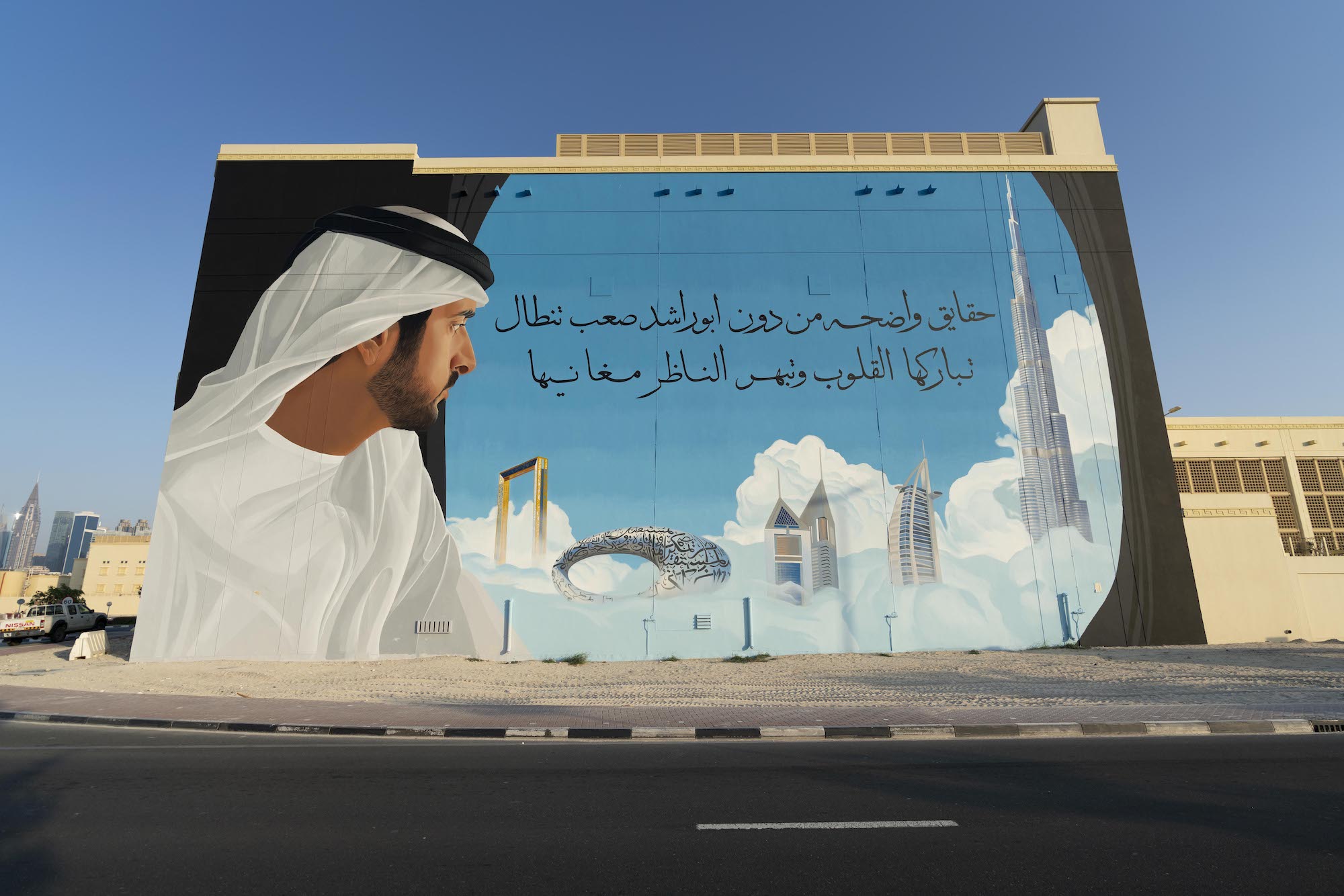 A new mural at Al Wasl Road is a realistic representation of Sheikh Hamdan bin Mohammed Al Maktoum the son of Sheikh Mohammed bin Rashid Al Maktoum, Ruler of the Emirate of Dubai. The mural represents Sheikh Hamdan as he glances at Dubai’s horizon, capturing the vision of his father in his eyes and the future ahead of him and his country. Lonac is a highly talented artist whose amazing works can be found throughout his native country and beyond. His signature huge, eye-catching pieces – created with spray cans and brushes – are usually influenced by skateboard culture, comics, graffiti, movies, music, but also current social issues. Strong knowledge of operating painting equipment including his masterful spray can control has allowed the artist to create a recognizable body of work that ranges from monumental realistic pieces to smaller, humorous and often surreal works.

Take a look below for more photo of his project in Al Wasl, Dubai. 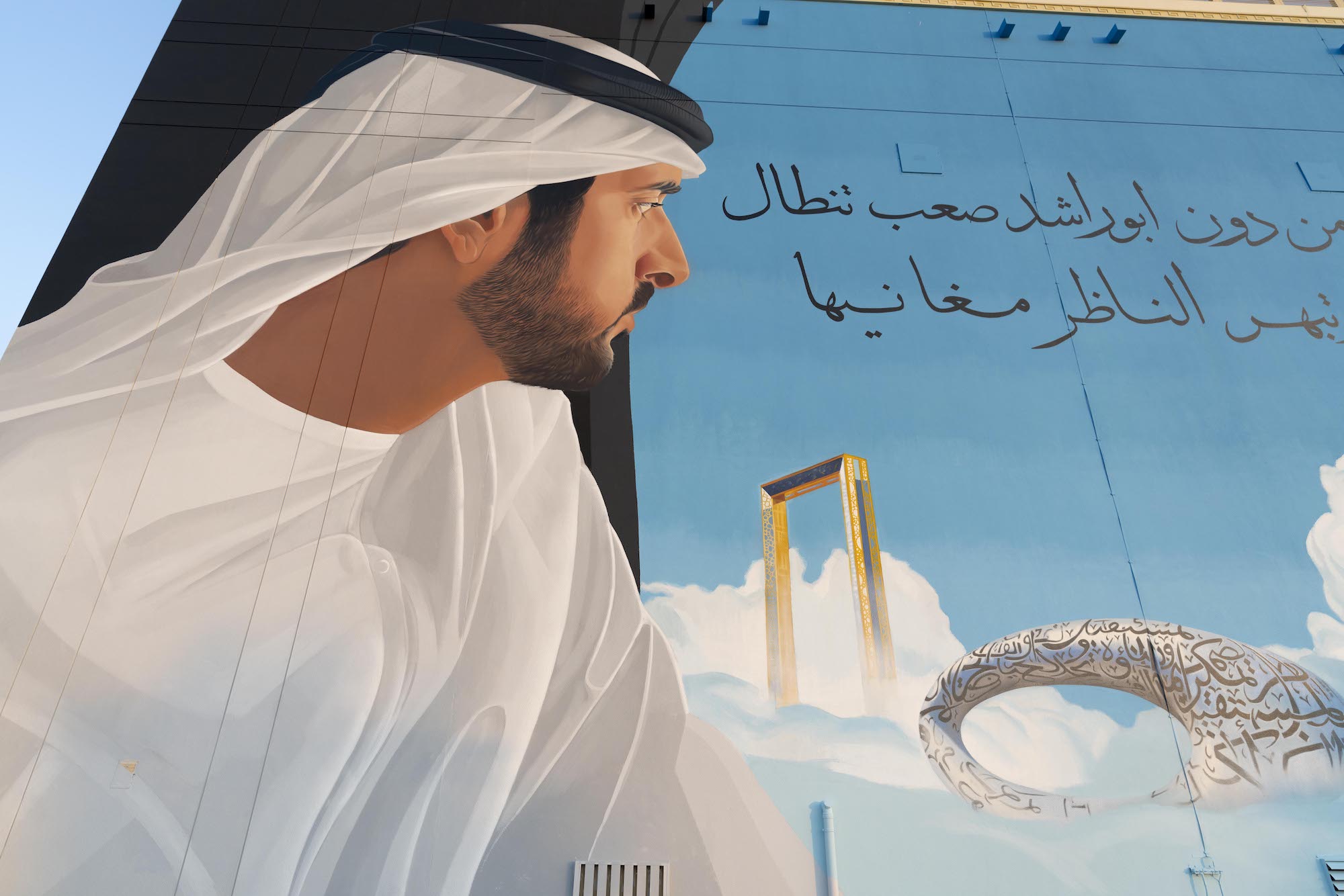 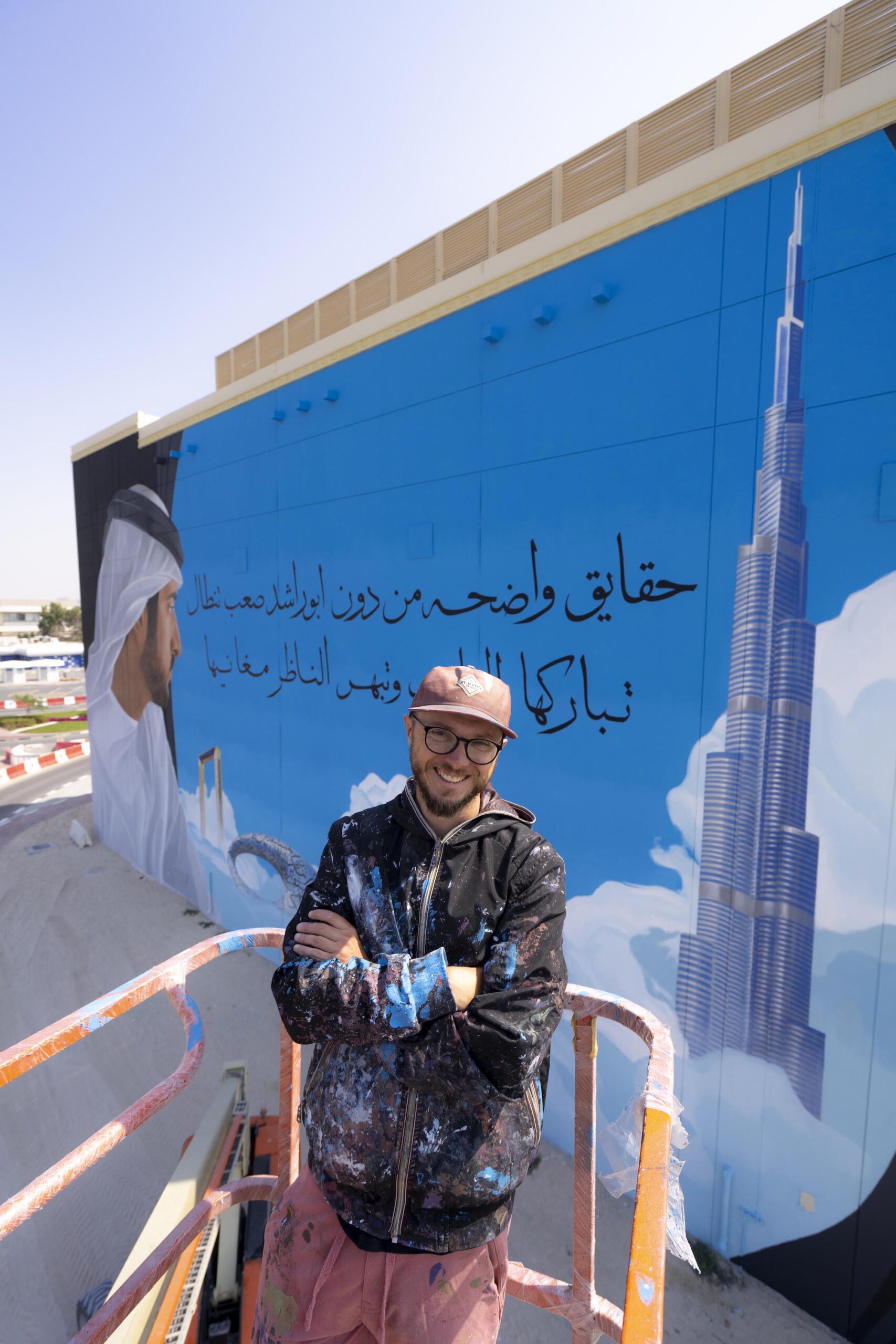 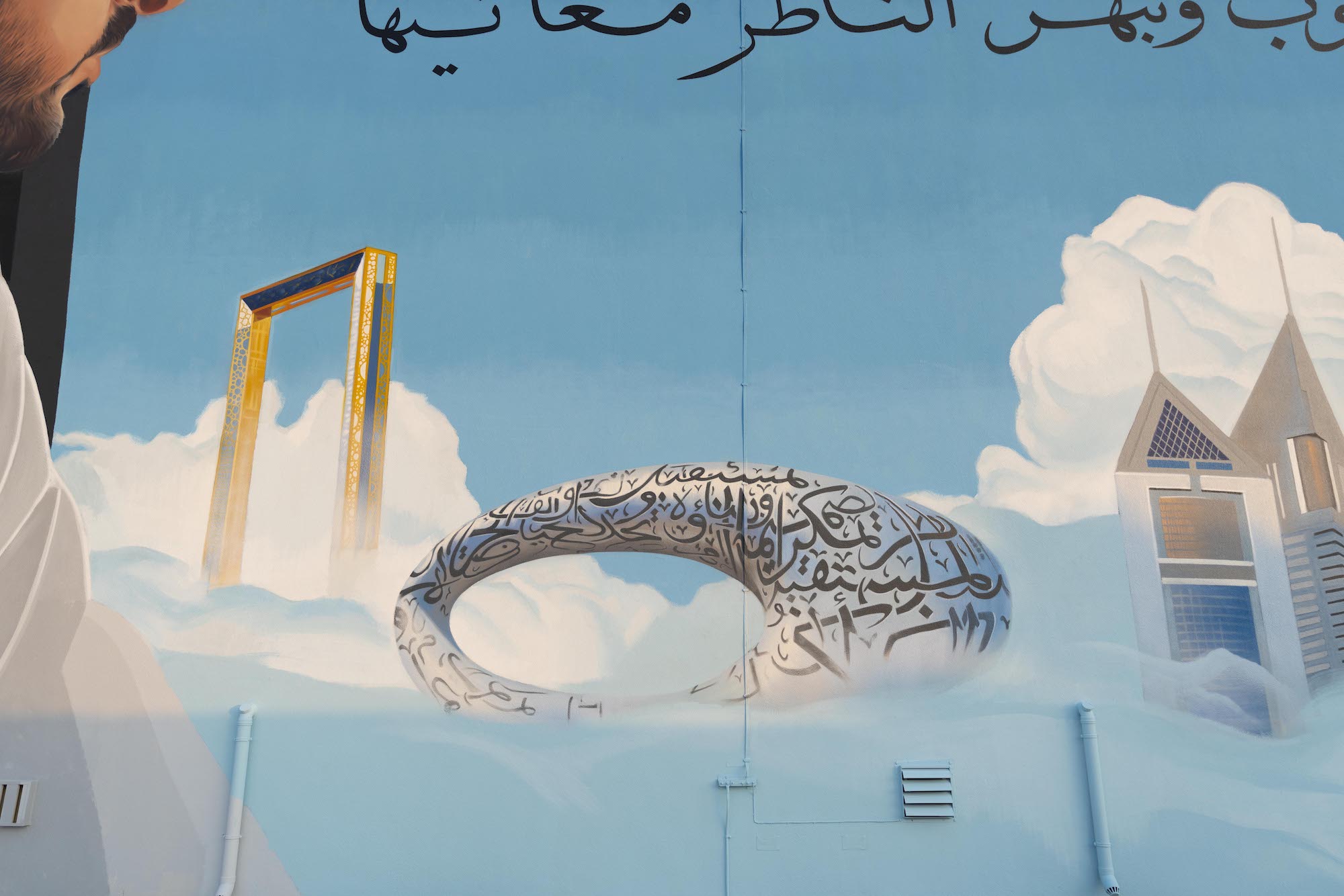 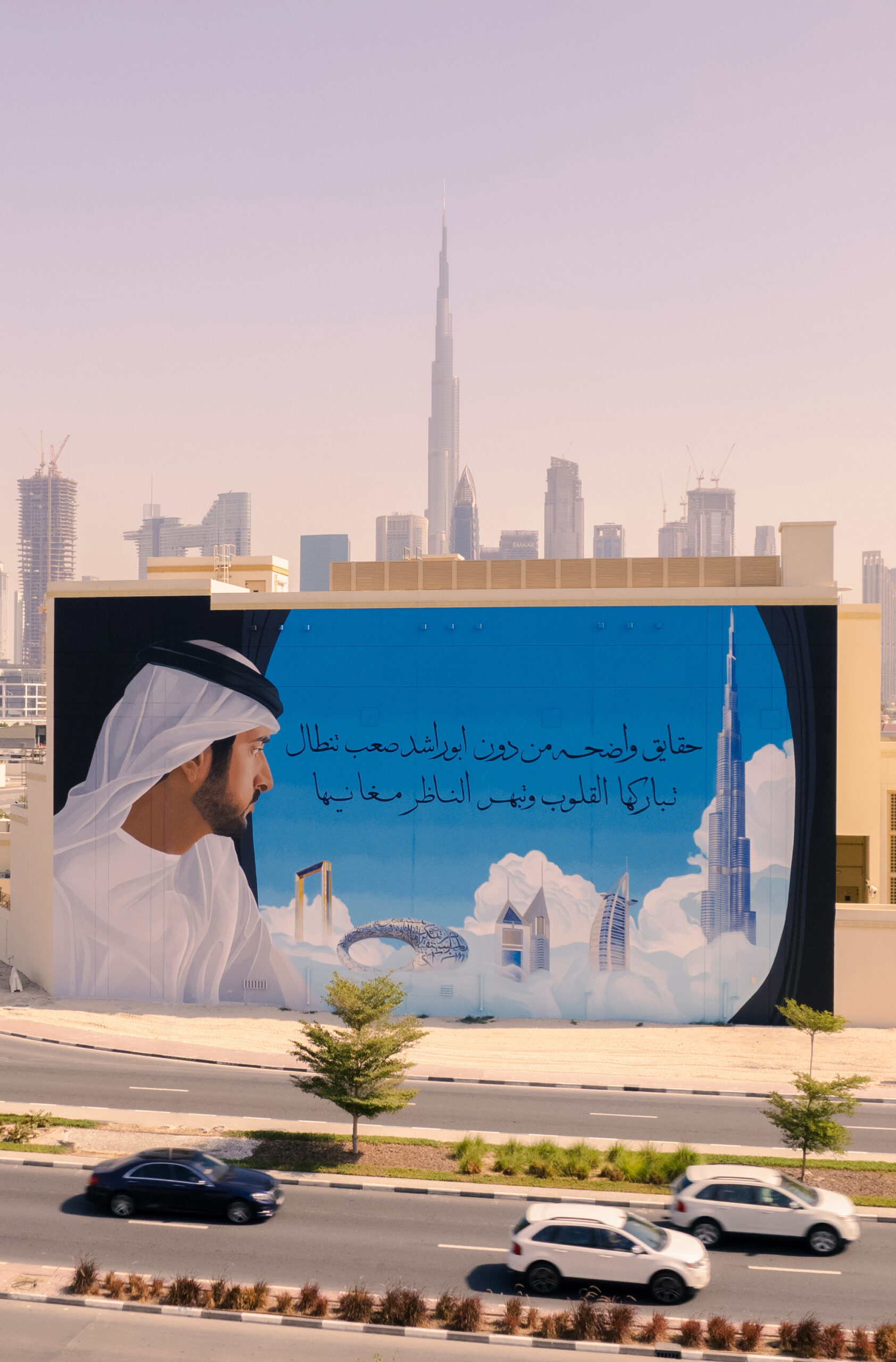 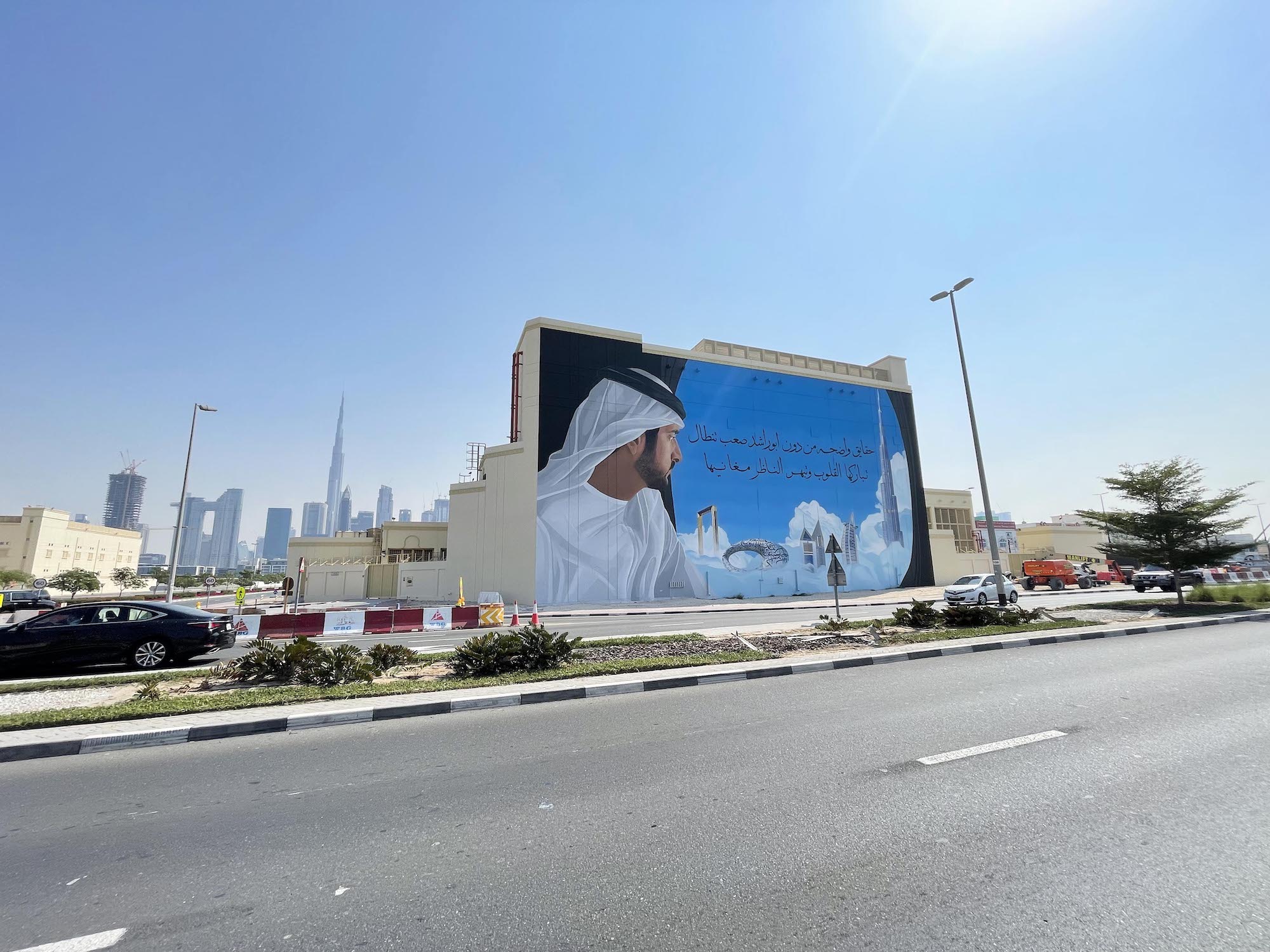