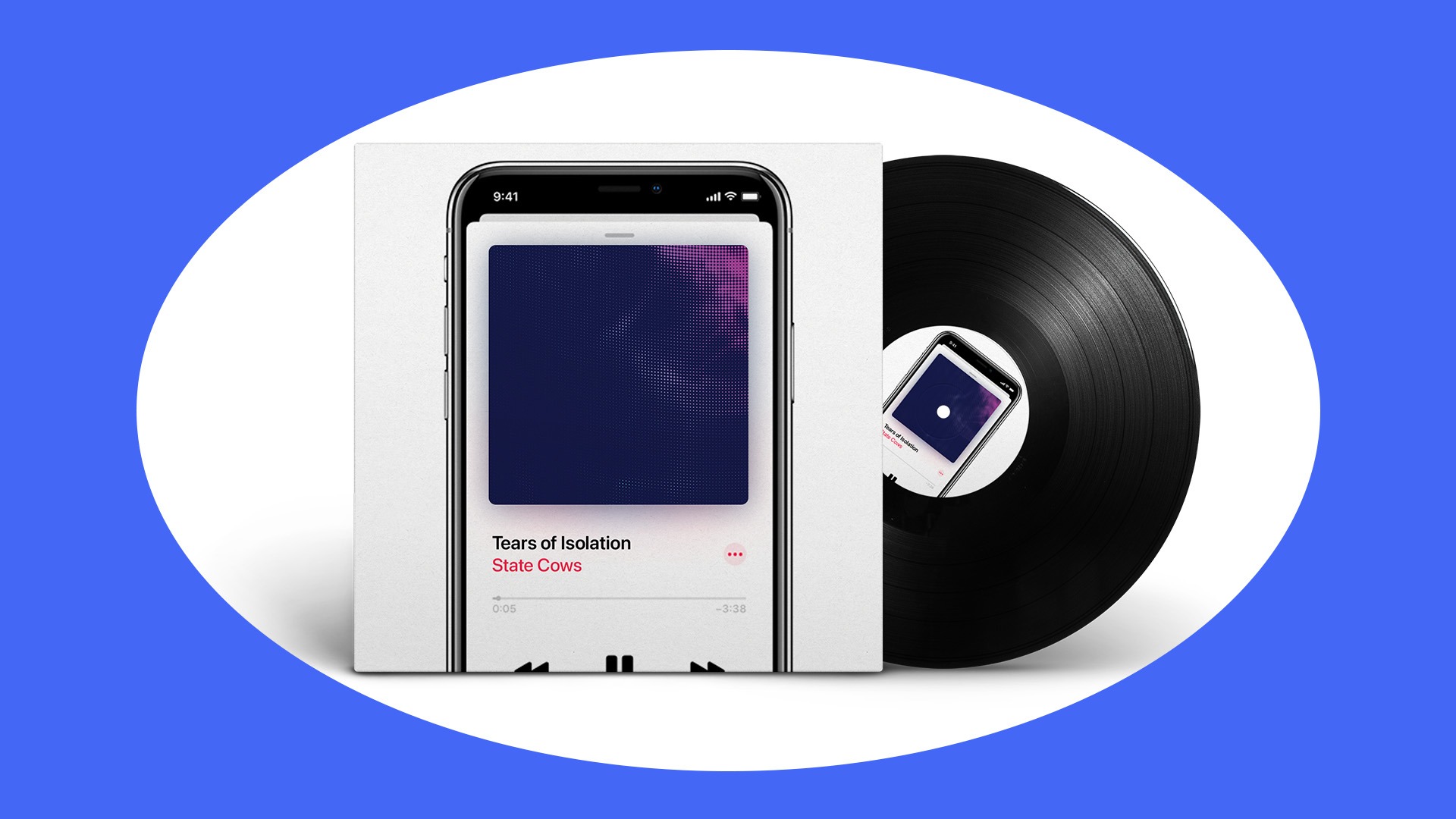 Album Formats: What’s the Difference Between an LP, EP, and a Single?

Most of these formats come from the history of commercial vinyl releases—albums weren’t a popular trend until the 50s when record players were affordable for most Americans.

That’s why album releases fit into a specific amount of time, with two “sides”—it’s because of the physical limitations of vinyl records.

Even though most songs are released through digital means—the album format and its variants carry on, even if these limitations are no longer relevant.

Instead, various album formats are used for different marketing angles, they say something about who the release is for and how the audience is expected to listen to the release.

Let’s explore the history of album formats and look at how they fit within the modern context as both a vessel for musical art and as a tool for framing the promotion of a release.

What is an album?

In music, an album is a collection of songs with a side A and a side B representing the two sides of a long-playing (LP) vinyl record.

Before the standard album format, vinyl records were mostly compilations of singles from different artists—or they’d be recordings of orchestras playing through their repertoire.

The 5 most common album formats

The LP originally contained space for 23 minutes on each side for a maximum of 46 minutes, that’s why an album will typically fall within that time frame.

Although later on, many albums were a bit longer since technology improved to allow each side to go slightly beyond 23 minutes.

This is of course compounded with digital music removing these barriers entirely.

This length of time made for a great canvas for artists to create their musical releases.

Despite the limitations of a 46 minute playing period, this length of time made for a great canvas for artists to create their musical releases.

An artist could create an entire narrative and explore a good deal of ideas and sounds within the context of an album—and listeners found the length to be a convenient amount of time to commit to sitting down and listening to an entirely finished piece.

Hence why the original vinyl album format is credited for starting the album era of music—and why it’s still the main format for major releases today.

The double LP is originally was a release that came with two vinyl records—meaning the album had four sides and an approximate playing time of 1 hour and 32 minutes.

Double LPs have always been associated with being an artist’s magnum opus—or greatest work.

During the 60s to the late 80s—a double LP release would constitute a major release containing the artist’s best work.

Double LPs have always been associated with being an artist’s magnum opus—or greatest work.

This was due in part to the high cost of releasing a double LP—and the work involved with writing and recording an hour and a half worth of material.

The Wall by Pink Floyd and The White Album by the Beatles are examples of iconic double LPs that were received as major releases and widely considered to be a major peak for the artist’s careers.

Double LPs are also often reserved for compilations of greatest hits, especially for post-humous releases that comprise an artist’s entire body of work.

Extended-play albums, or EPs, are shorter than an LP album but longer than a two-sided single—they’ll typically feature 4-5 tracks with a playtime of 25 to 30 minutes.

Originally EPs became popular because they were cheaper to produce and ship—they were smaller and lighter than heavy vinyl LPs.

That’s why they became popular with punk and indie groups later on in the late 70s and 80s.

In general, EP releases are most often used by up-and-coming artists that are looking to release something a bit more quickly, for a lower cost.

They served as a good medium for an artist to have a reasonable amount of creative space to really show their sound—without having to write a longer, more expensive album.

Many up-and-coming artists today will plan their first release (that isn’t a single) as an EP release since an EP will receive softer criticism from music reviewers and will often be marketed as an artist’s first step towards a bigger release.

The single is arguably the most important type of musical release—especially in the digital streaming era.

In general, the single has always been an important of an artist’s marketing strategy.

Singles are useful for promoting the upcoming release of an upcoming album since it gives press and radio a specific track to promote and review.

The single release usually represents an artist’s best single piece of work—or at least a single should be a memorable, catchy track.

Think of a single as the track that has the most mass appeal for the largest possible audience.

Singles rarely go longer than 3:30 in length and should be specifically written to fit into radio and playlist rotations.

In the days of vinyl, most singles came out as a two-sided—or two-song—release, simply because a single vinyl has two sides and therefore needed two songs.

But, with digital distribution and algorithm-based recommendations on streaming platforms, single releases have become more popular than ever—especially in the electronic music and hip-hop scene.

These genres typically rely on a small, agile team of producers that can output tracks very quickly, so it makes sense for them to constantly be putting single tracks up that’ll attract fans and streaming algorithm attention.

Here’s an interesting album release format that comes from the hip-hop scene during the cassette tape era.

Cassettes could be quickly and cheaply duplicated and then sold or even passed out for free.

In the 90s, cassettes were by and away the most affordable way to release music.

Hip-hop producers and rappers would dub their tracks onto cassettes that could be quickly and cheaply duplicated and then sold or even passed out for free at ciphers, DJ nights and rap shows.

Whether you were marketing yourself as an up-and-coming rapper, or if you were promoting a release—the mixtape was a fresh, light-hearted and affordable format for releasing tracks.

Even with the digitization of music, it’s still very much part of the hip tradition to release mixtapes featuring a mish-mash of tracks—Drake, Chance the Rapper and Young Thug have all released digital mixtapes that were marketed differently from their more serious album releases.

The cool thing about the mixtape is that there are very few rules about how long it should be or whether it needs to have any sort of curation.

It’s simply a collection of songs that the artist simply publishes, often with little fanfare—that’s why the term “dropping my mixtape” refers to a sudden release with a collection of interesting and catchy songs.

Roll out your album format

Producing and releasing music is never easy. Just the fact that you managed to write, record, produce and finalize something that’s ready for release is impressive. Good work!

Don’t get caught up in the semantics about what your release is—if you want it to be an album, not an EP, call it an album.

The realities of releasing music have changed dramatically with streaming platforms and digital mediums, the he physical limitations and cost of vinyl are much less of a concern than they used to be.

Of course, the single release should be an important part of your promotion strategy—but other than that its up to you what format your release will take.

Whether it be an album, EP, double LP, mixtape or single—good luck with your next release!

Hot tip: if you’re releasing music to streaming platforms like Spotify, Apple Music and beyond check out LANDR Distribution for help with getting your release worldwide.