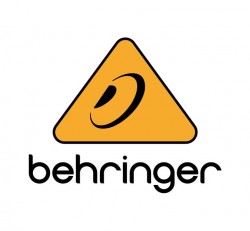 Behringer today announced that the global chip shortage – which has led to the company recently introducing 10 new synths that they can’t put into production – is only going to get worse.

The reason? Russia’s invasion of Ukraine has halted production of half of the world’s supply of semiconductor-grade neon. Neon is critical for the manufacturing of lasers used to make chips, and an estimated 45% to 54% of it is made by two Ukrainian companies, Ingas and Cryoin.

The companies have had to shut down production because of the ongoing conflict.

Behringer is asking customers to stop complaining about wait times for their synthesizers and other products, and to think about the victims of the conflict instead:

“The chip shortage has just become much worse. 50% of the global production of neon gas required for all chip production comes from Ukrainian factories, which have now shut down.

But rather than complaining about delivery dates for products, shouldn’t we all take a step back and focus our thoughts and prayers on the Ukrainian people?”

The situation has led electronic instrument makers to delay introductions and raise prices. For buyers, it’s led to a shortage of new gear. And it’s likely to get worse, before it gets better.

According to analyst Angelo Zino, “If stockpiles are depleted by April and chipmakers don’t have orders locked up in other regions of the world, it likely means further constraints for the broader supply chain and inability to manufacture the end-product for many key customers.”

Behringer says that they plan to continue to introduce products, though they do not know when the new products will be able to move to production.

“We employ hundreds of engineers,” they note. “Why would we stop designing products together with our customers? One day, these chips will become available and we’ll ship all the products.”