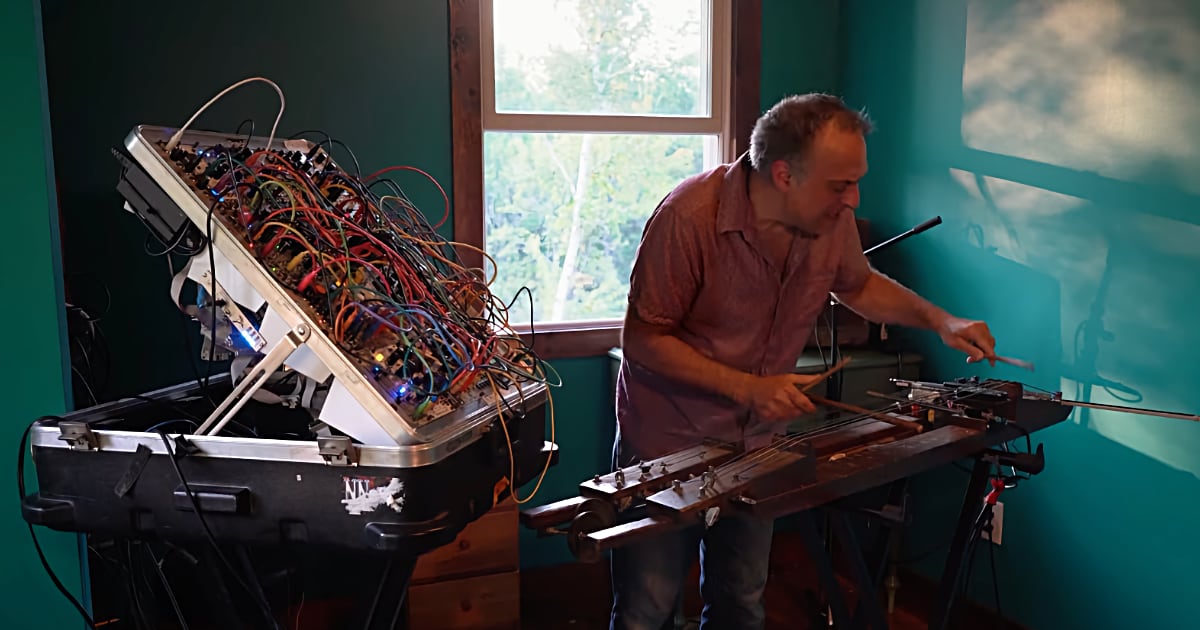 Reader Bradford Reed shared this live performance for pencilina – a custom instrument that he invented – and modular synthesizer.

The unusual electroacoustic instrument features two necks, with four strings each. The strings are tuned using two sticks placed between the strings. The instrument can be played with a bow, by plucking individual strings or by striking them with sticks or mallets. And pickups let the sound be processed through Reed’s modular synthesizer.

The results are wildly creative, resulting in sounds that veer from ambient tones to distorted guitar wails to striking microtonal harmonies.

Here’s what Reed has to say about the performance:

“It is from my Patch & Reed project, which features me playing various instruments (mostly the pencilina, which I invented), jamming live with, AI in the form of generative HW modular patches.”