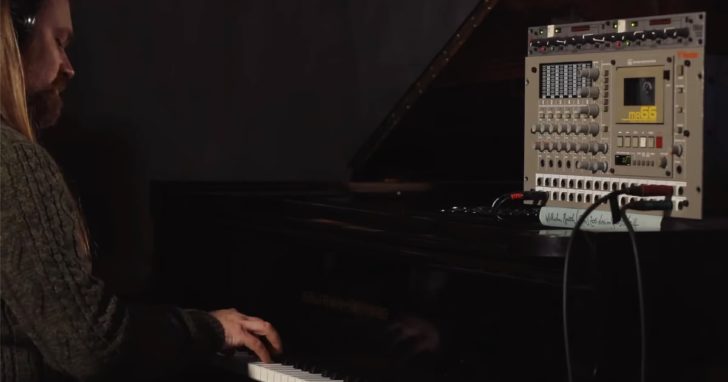 The piece starts with Wunderlich’s drumming audible. But it quickly fades away, leaving only Leicht’s solo piano, with its volume modulated by the unheard sound of his friend.

Here’s what Leight has to say about it:

“At the end of last year, a close friend of mine passed away. Besides being a humble and loving human being, he was a world class drummer and I had the pleasure to play with him for almost 20 years, building a musical connection far beyond consciousness.

Transforming my feelings about his passing, this melody came to my mind. And as I wanted to show his continuing influence, even when he became silent for our ears, I had the idea to use a compressor and feed a recording of his drumming into it, so it would pull the volume of the piano down for a quick moment, everytime he hits a drum in the recording. That way, a rhythm is created without him being audible, but caused by his drumming.