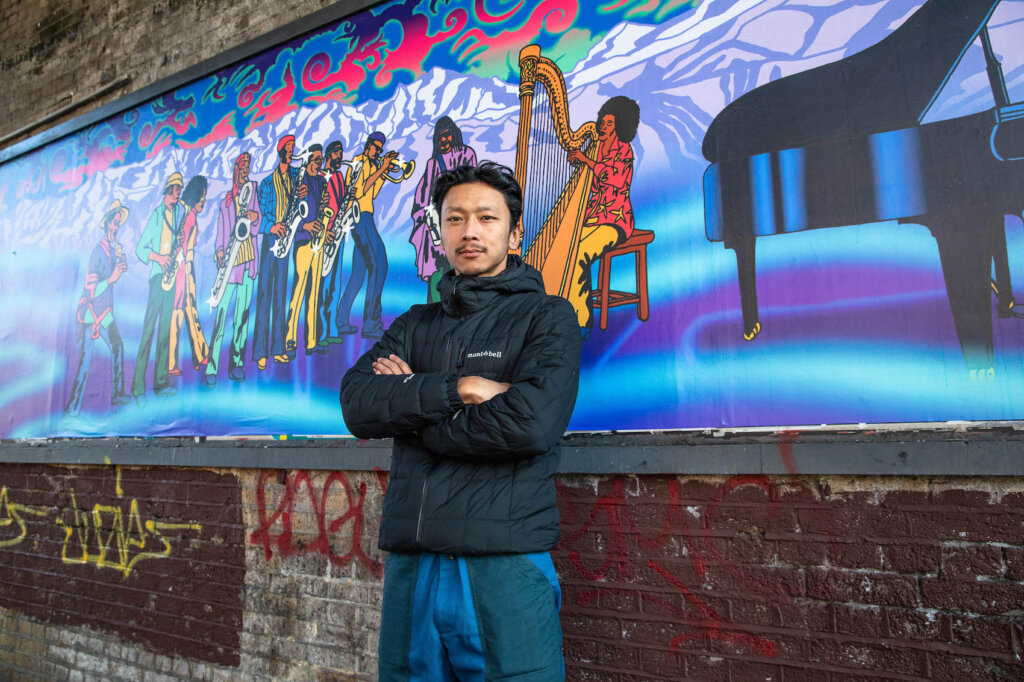 Illustrator and artist Gaurab Thakali has collaborated with the BUILDHOLLYWOOD family of Jack, Jack arts and Diabolical for their latest Your Space Or Mine project, which gives emerging artists and creatives a platform on the street. The collaboration will display Thakali’s work on billboards across the UK.

Gaurab Thakali is an illustrator and artist based in south-east London. He works across multiple disciplines including digital illustration, screenprint and painting in which he applies a similarly distinct vibrancy to each medium. Raised in Nepal, Thakali’s portfolio features rich cultural references to the scenic mountainscapes and architecture of his native country. Populated and soundtracked by the musicians he’s deeply inspired by, and informed by his encounters with a series of alluring subcultures. His distinctive work has appeared in prestigious publications such as the New York Times and New Yorker, and his illustrations have also adorned clothing, skateboards, beer cans, record sleeves, and turntables.

“Moving to London aged 15 and then studying here changed things for me. And I never really drew what I remembered in Nepal. But for the past five or six years, I’ve started recording it more, and now I’m trying to go back way more than I did… I think about the mountains over in Nepal, where I grew up, and just trying to, like, see how I fit it all together. I’m still working it out, so we’ll see where it goes.” Gaurab Thakali

For the Your Space Or Mine collaboration, Thakali’s vibrant works will feature on billboards in London, Birmingham, Brighton, Bristol, Manchester, Sheffield, Glasgow and Edinburgh. His work for the collaboration showcases five pieces including, ‘Archie Shepp’, ‘Sun Ra’, ‘Yusef Lateef’, ‘Feedback Loops’ …

and the final spellbinding piece has been created exclusively for the project, titled ‘The Orchestra’.

The artworks move between psychedelic natural landscapes, snow-topped mountain ranges and mystical elements, incorporating this with city life. In doing so, he places the live music scene in an unexpected setting.

“I think I would always try and kind of imagine what it would have been like, or draw something that I thought, ‘This is what this music feels like.’ Like, making that sort of atmosphere or space… and thinking how people would be sitting, which way would they be like they were playing, and the sensation, for them, of playing the music.” Gaurab Thakali

Exposed to jazz via friends at college, Thakali’s exploration through the diverse terrains of hip hop, rock, jazz, funk, soul, and beyond have influenced most of the artworks for the collaboration.