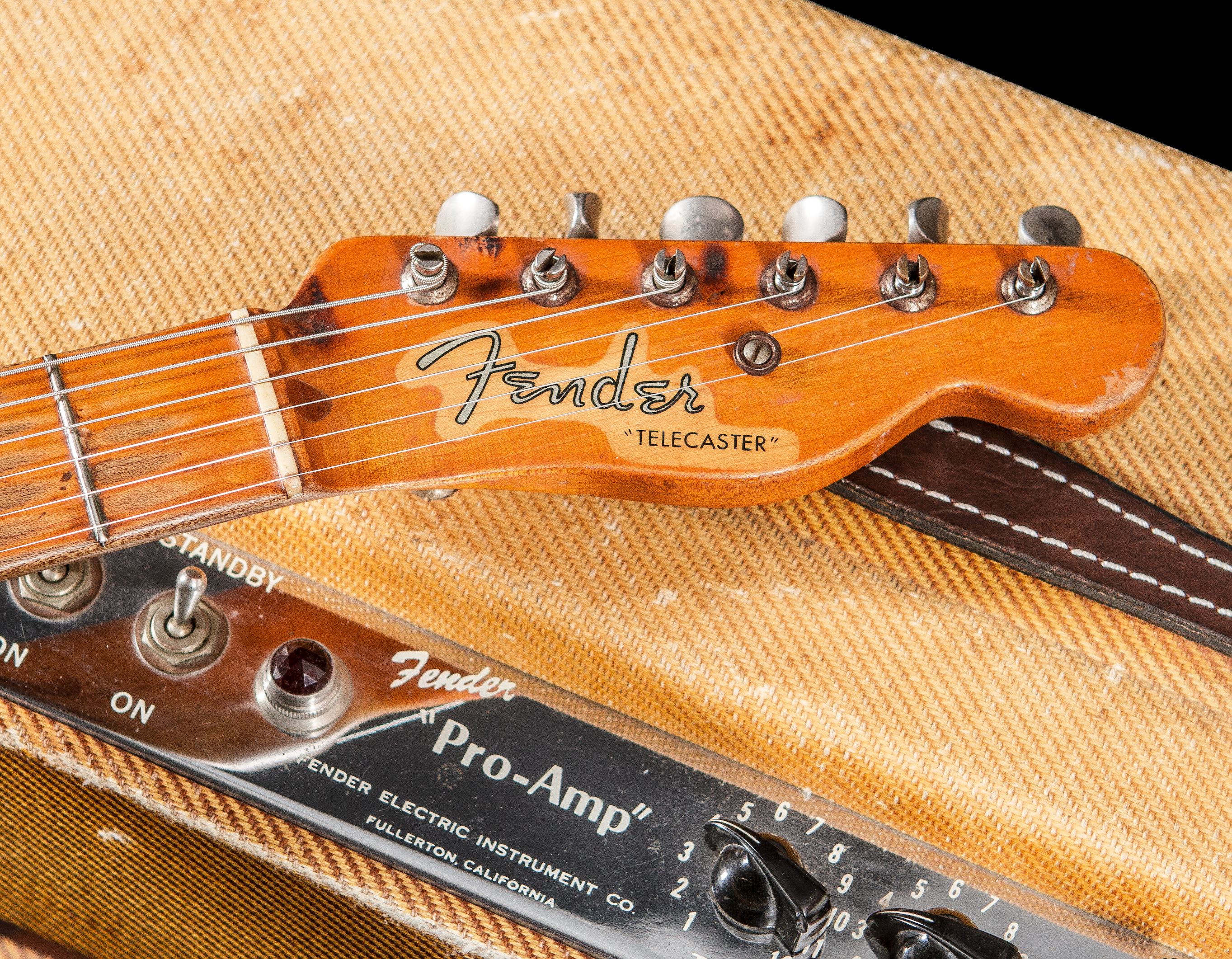 A Cast-Off 1952 Telecaster Gets a Second Life

Leo Fender’s efforts to create a professional solidbody guitar began in the late 1940s and resulted in the one-pickup Esquire and the two-pickup Broadcaster in 1950. By the end of 1951, the two-pickup guitar was renamed the Telecaster, due to a name conflict with Gretsch’s Broadkaster drum set. As we all know, today the Telecaster continues to be a versatile tool for amateur and professional musicians.

The Telecaster featured in this article almost didn’t survive 2022. Earlier this year, two brothers with a house-flipping business were clearing a home of debris and getting it ready to renovate. One of the brothers was about to toss a dirty wooden object he had found in a closet into the dumpster. The other brother realized it was an electric guitar. Fortunately, he decided it would be a good idea to have the caseless, dirty, beat-up instrument appraised. By doing this, he saved an original 1952 Fender Telecaster from being destroyed!


The cleaned and detailed headstock of this guitar boasts Kluson tuners and a round string tree.

That 1952 Telecaster has TG-6-6-52 penciled on the end of its neck, indicating employee Tadeo Gomez completed it in June of 1952. The date penciled in the neck pocket area of the body is 6-3-52. The guitar has the classic characteristics of a 1952 Tele, including a transparent butterscotch blonde finish over an ash body, a single-ply black phenolite (also known as Bakelite) pickguard—making it a so-called blackguard Tele, a bridge pickup with level pole pieces (Fender moved to staggered pole pieces during 1955), and a 3-way switch.

The current value for one in excellent all-original condition is $40,000.

At the time this guitar was built, Fender’s wiring scheme activated the bridge pickup in the number 1 position, the neck pickup in number 2, and with the selector all the way up in position 3, the signal runs through a capacitor that adds bass. Remember, back in those days a single guitarist often played bass lines as well as chords, melodies, and solos in many bands. The P bass was introduced only a year before this guitar was made and was a new instrument still trying to find its place in the music world.


This instrument has a through-body bridge, three adjustable bridge pieces, and a pickup that looks like a relic, but sounds like a dream.


It’s unclear who the “Davis” is that signed this neck pocket in 1952. Famed Fender employee Charlie Davis didn’t start at the Fullerton plant until 1957.

The amp supporting the Tele is a wide-panel Fender Pro from 1953. It’s equipped with a Jensen P15N 15″ speaker, dated to the 20th week of 1953, and powered by two 6L6 tubes capable of about 18 to 25 watts of power. Two inputs are controlled by a mic volume knob, and two inputs are controlled by an instrument volume knob. In addition to the on/off switch, this amp is equipped with a standby. The 1953 list price was $199.50. The current value for the amp is $3,500.

Sources for this article include The Blackguard by Nacho Baños, The Pinecaster by Nacho Baños and Lynn Wheelwright, The Fender Telecaster by A.R. Duchossoir, and Fender Amps: The First Fifty Years by John Teagle and John Sprung.