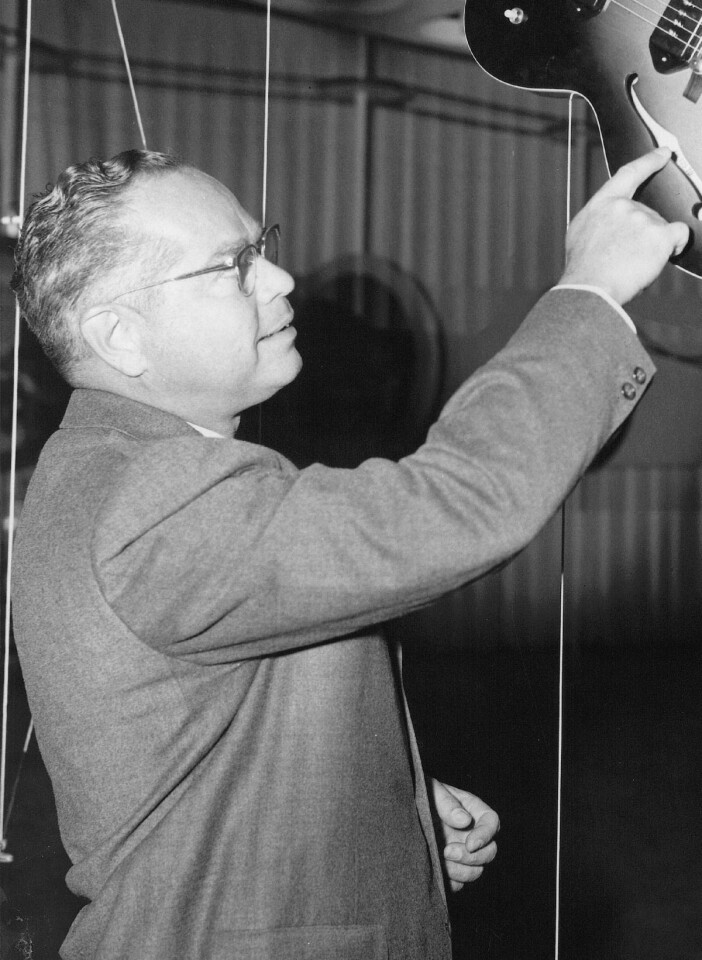 Gibson is delving into its storied past to build a new series of limited-edition guitars called the Archive Collection, and the first model has been crafted from a drawing penned in 1957 by the company’s former president, Theodore “Ted” McCarty.

After working for Wurlitzer for 12 years, Ted McCarty met Maurice Berlin – of Gibson’s parent company Chicago Musical Instruments – and was asked to troubleshoot the (then struggling) guitar brand’s factory in Kalamazoo, MI and turn things around.

He started work in March 1948, and by May a streamlined and improved Gibson factory started to make money. McCarty became company vice president in 1949, and president the following year and Gibson continued to make a profit for the span of his presidency.

During that time, he was also responsible for a number of key component and model designs, such as the stop tailpiece and Tune-O-Matic bridge, the SG, Flying V and Explorer guitars and was a key player in the development of the ES-335 semi-solid.

In March 1957, McCarty sketched out an idea for a new double-cut, which never made it into production… until 65 years later as the first model in Gibson’s new Archive Collection.

Rocking a lightweight and balanced design that’s sure to divide the guitar-playing community, the Theodore features a body fashioned from two alder pieces separated by a walnut center strip and flowing toward a pair of Florentine cutaways at the neck joint.

The 1957 C-shape mahogany neck is topped by a 22-fret rosewood neck with pearloid dot inlays and ends in a scimitar headstock with inline tuners.

A pair of custom soapbar P90 pickups sit in front of a slightly offset wraparound bridge, selected via a three-way toggle switch (that’s actually been moved from the front in McCarty’s drawing to just behind the pickguard for the new guitar) and controlled using black top hat tone and volume knobs.

Available in natural, cherry and ebony finishes and supplied with a hard case, a print of McCarty’s signed sketch and a 1957-style catalog mockup, only 318 models will be made, each carrying a price tag of US$4,999. The video below has more.