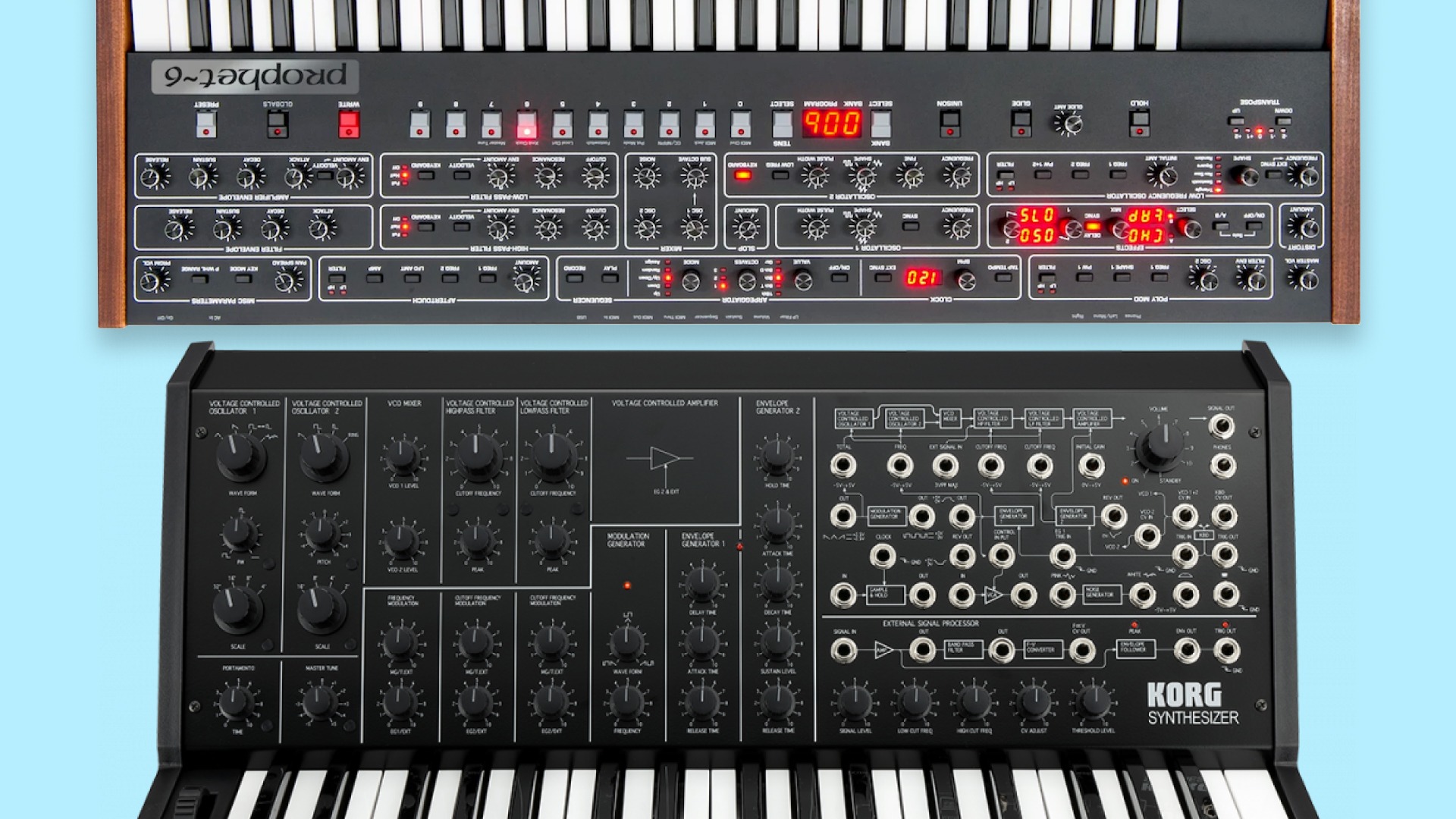 Polyphonic and monophonic are two musical terms that you might have heard if you’re new to producing music.

They can refer to synthesizer types and sound design, but they’re also sometimes used to talk about musical texture in general.

So what does polyphonic mean in music and how is it different from monophonic?

In this article I’ll explain the meanings in full and break down what you need to know.

Polyphony in music refers to the number of individual voices in a musical texture.

Polyphony in music refers to the number of individual voices in a musical texture.

It can refer to the distinct parts in a musical composition or the number of voices available in an instrument.

Just don’t confuse the term “voices” with singers—polyphony is a general term that describes how many individual parts are in play at once. The word “voices” is used as a shorthand to refer to an independent line or part.

It comes from musical traditions that date back centuries. For example, chorale music is often written for the four standard voice types: bass, tenor, alto and soprano. If the composer includes a separate part for each, you can say the parts are written for four voice polyphony.

In fact, in early music, polyphony simply meant music that included parts written together in harmony. It developed from the earlier practice of monophony which which meant compositions with only a single melodic line

In music production, the word is mostly applied to synths, samplers and VSTs to help you understand the capabilities of an instrument.

If you use synthesizers or virtual instruments in your workflow, you might be familiar with how these terms apply.

Monophonic synthesizers can only play one note at a time. The first synthesizer designs were monophonic, and many of the classic sounds we associate with synths came from monophonic instruments.

Monophonic synthesizers can only play one note at a time.

I’m talking about the fat bass and lead tones of vintage analog synths like the Minimoog or the r.

These early synthesizers were monophonic because the technology of the time wasn’t capable of cramming in a whole keyboard’s worth of voices.

In fact, the earliest modular synths were enormous walls of modules that could take up entire rooms! This approach continues today with the Eurorack format, although most modular rigs are now more compact.

Polyphony means more than just note count when it comes to subtractive synthesis.

For a synth voice to be independent, it needs its own amplifier and filter modules to do the job right.

Imagine you’re playing notes on a two-voice polyphonic synthesizer. The onset of each note triggers the ADSR envelope that tells the amplifier and filter how to behave over time.

If you only have one filter and ADSR-controlled amplifier available, the envelope won’t trigger again when you play the second voice. That means the second note won’t have the same characteristics as the first.

The result is a different kind of texture that’s sometimes called paraphonic. It’s a little hard to grasp in words so here’s a video example that explains the difference.

Hot tip: Some synths are polyphonic as well as multitimbral. It means they’re capable of playing more than one patch setting with different voices at the same time. Check out our full breakdown of synthesizer terms to learn more.

For a synth voice to be independent, it needs its own amplifier and filter modules to do the job right.

The same general concept applies to other instruments like VSTs and samplers. In your DAW, these devices generally aren’t limited to specific voice counts.

Instead, enabling additional voices simply increases the load on your system until you run out of processing power. Unless you’re using resource-intensive sample libraries or complex instrument patches, you likely won’t run out of polyphony for the majority of your work.

Polyphony is a relevant concept outside the world of synthesis too.

In general, you can describe any instrument or arrangement in terms of polyphonic or monophonic.

For example, brass and reed instruments like trumpet or saxophone are monophonic the same way the early Moogs and ARP synths were.

And like I explained above, any musical composition has a defined number of voices.

Linking two concepts together can help you create better arrangements.

When writing chords and harmonic progressions you’ll have to choose which instruments will play each note and how the voices will interact.

A common choice is to omit a chord’s root note on harmonic instruments like keyboards. In most arrangements, the bass will be holding it down so you won’t need to use an extra voice. It’s an arrangement concept called chord voicing that’s an important part of seeing your song as a whole.

To learn more, check out our guides to chord voicing and arrangement.

In the end, polyphonic and monophonic are easy concepts to grasp. But they’re important to know to understand how your synths and VSTs work.

If you’ve made it through this article you’ll have a solid understanding for any situation where they come up.