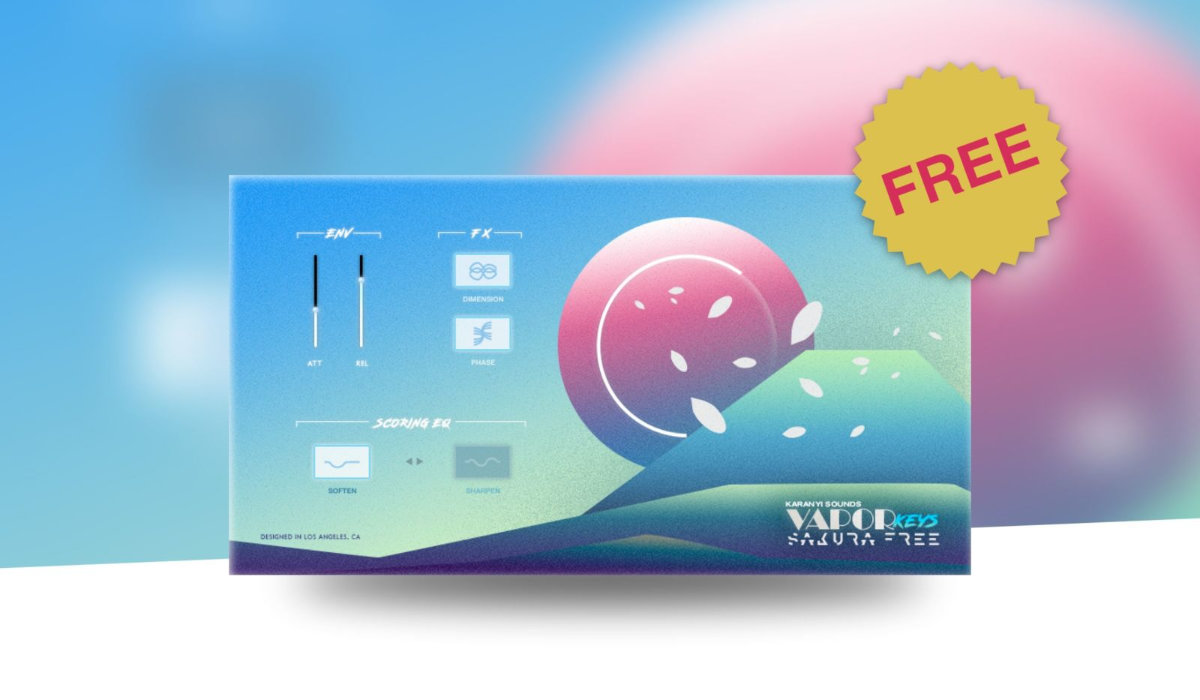 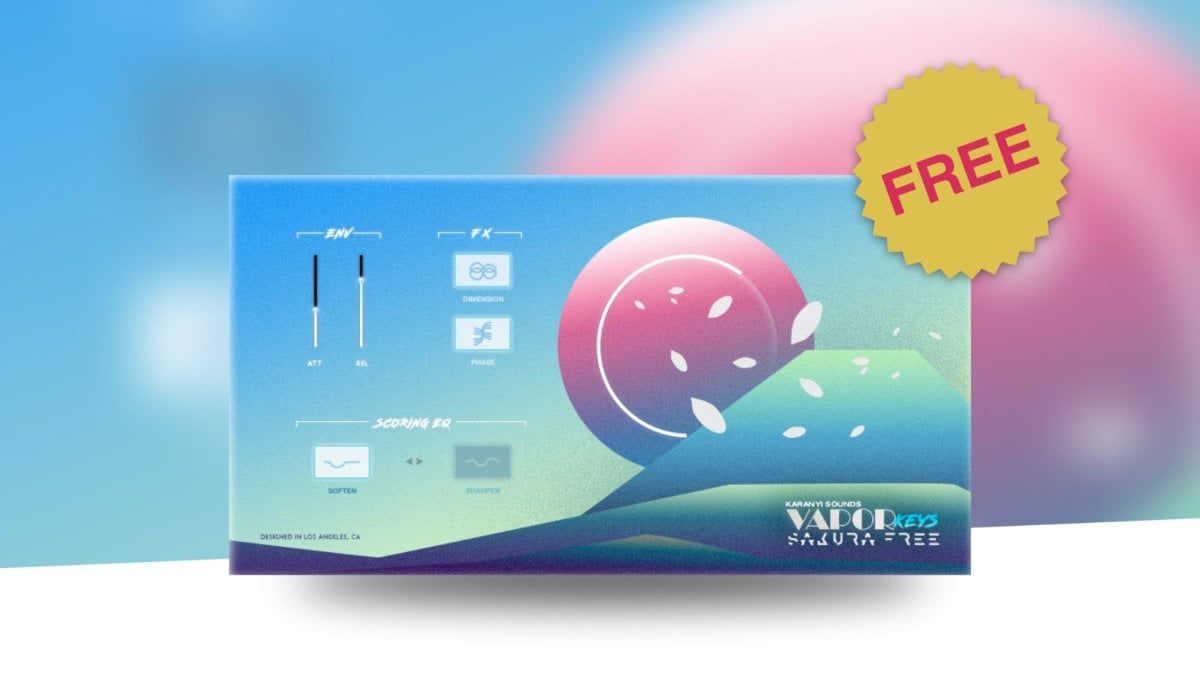 Karanyi Sounds have released a new Kontakt library, Vapor Keys Sakura, for FREE. You’ll need the full version of Kontakt 6.2 or higher to run it.

All the samples here are sounds from classic analog synths, recorded in 96kHz, 24-bit, and converted to 48kHz, 24-bit. The controls include – Vintage Phaser, Dimension, EQ, and Hall Reverb. I tried Vapor Keys Sakura myself, and the organic textures sound incredible.

Vapor Keys Sakura is based on similar sounds found in the full version of Vapor Keys 2 ($59), which features several more analog synth sounds inspired by the synthwave.

If you like vintage synths, synthwave, or retro sounds in general, Vapor Keys Sakura is worth the download. It captures the nostalgic feel of wobbly analog pads and it will surely inspire you to make some cool synthwave sounds.

The ability to tweak the instrument using Kontakt’s built-in effects is a nice bonus. You can reshape and readjust the sounds to fit your project’s mood.

Note, to download this free instrument you will have to sign up at Karanyi Sounds with your personal information. The download is an 8 MB ZIP file and includes three Kontakt NKI files for the three pad presets.

Karanyi Sounds are also releasing the second version of their best seller, Polyscape 2 on April 7, 2022. You can get a discount on the pre-order of Polyscape 2 ($29 instead of $59) along with a free expansion of the plugin Modern Pulses.

Polyscape 2 is a Kontakt instrument based on samples from 18 unique sound sources. Along with the brand new sounds, the plugin has new features improving upon Polyscape 1. It was created in collaboration with Italian musician Alessandro Mastroianni who has worked on successful projects such as Prodigal and Red Winter.

Polyscape 2 has more than 120 presets designed by professionals that make your workflow quick. The interface includes four sound modules along with a sub-synth layer, filters, and analog delays.

The controls also include unique instant variations on the Advanced Smart Random Bar, which provides 160+ toggle buttons for different effects and a Full Random option for new organic sounds.