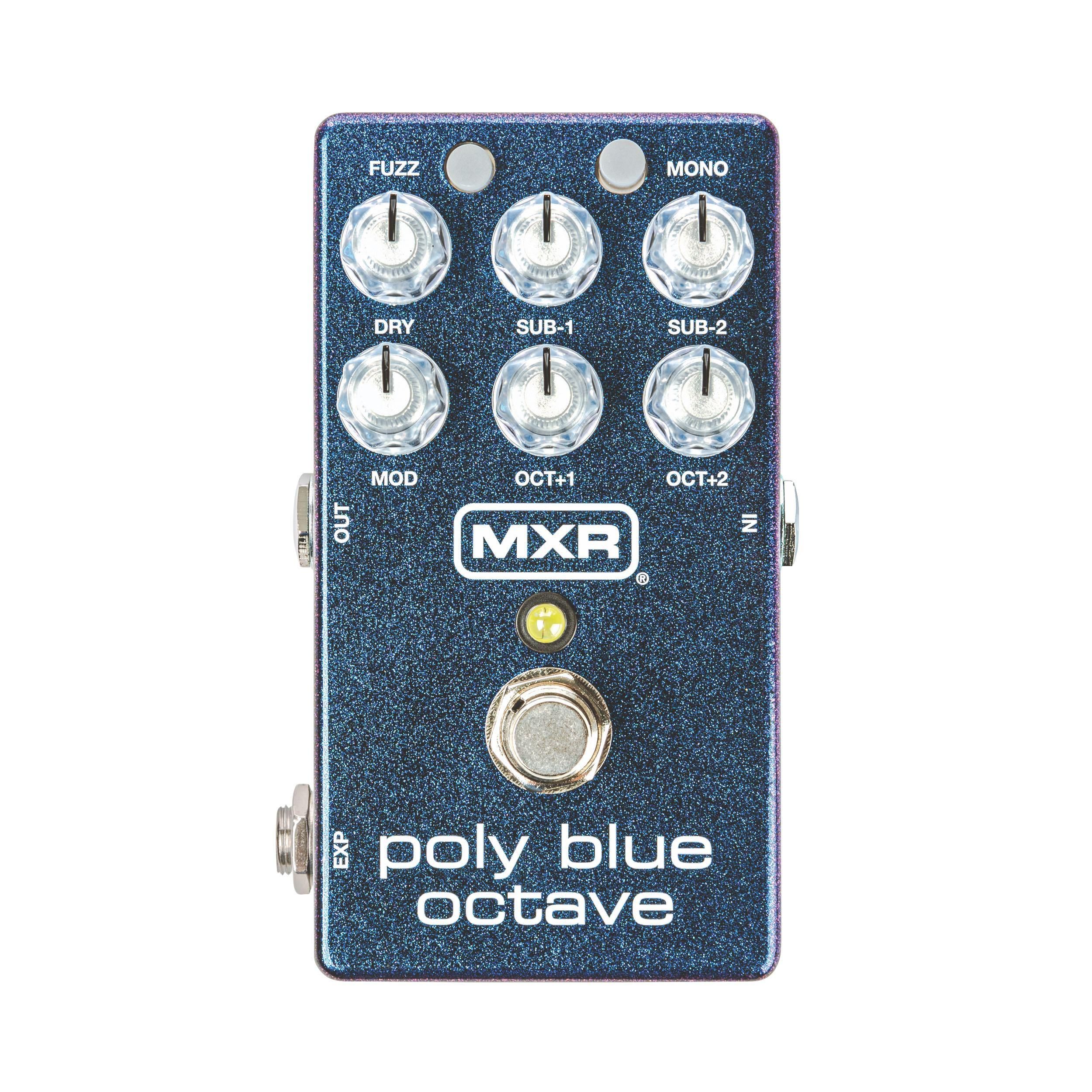 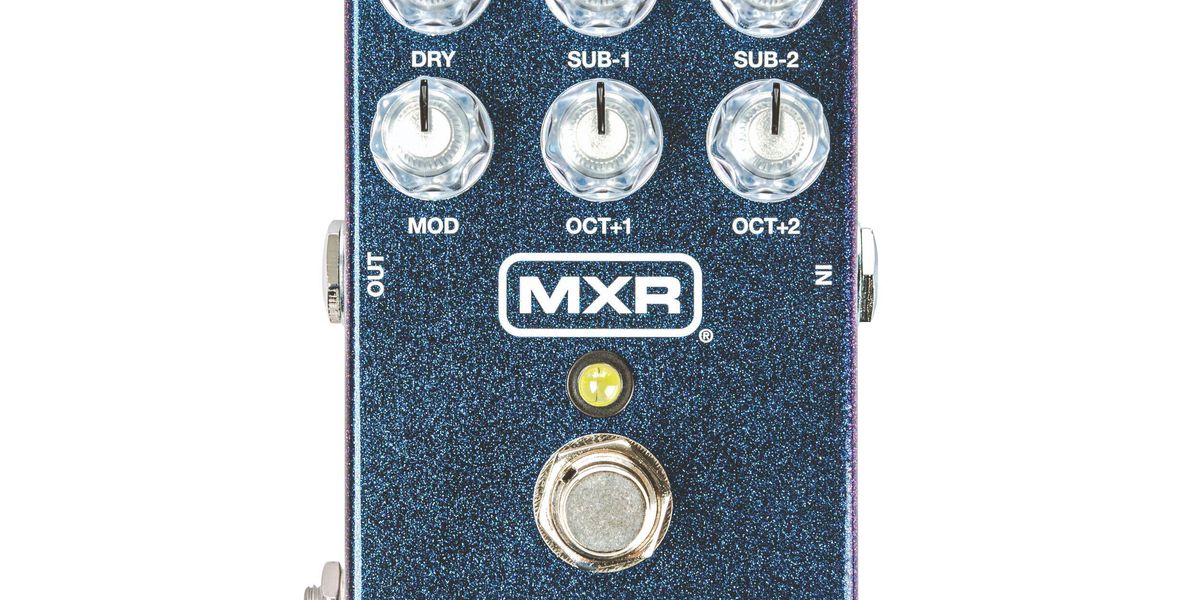 MXR’s Blue Box has always been an outlier on the octave-pedal scene. One of the company’s earliest offerings, it drops a guitar signal by two octaves and blasts it with fuzz. Despite remaining active in the MXR stable throughout much of its history, the Blue Box is mostly celebrated in the deepest pedal-nerd hang sessions once all the classic fuzz, overdrive, and delay pedals have been discussed and things get weird.

The new Poly Blue Octave significantly expands upon the Blue Box by adding improved polyphonic capabilities, phase modulation, and a fuzz that works independently of the octave and modulation effects. It maintains the quirky personality of the original while opening avenues for players that need more flexibility than a dedicated octave-down pedal can offer. With four separate octave voices and expression pedal control, there’s a wild world of interactive sound waiting to be discovered inside the pedal’s sparkly blue enclosure.

Much of the charm of the original Blue Box comes from its simplicity. With just output and blend knobs, it’s easy to use and doesn’t take long to figure out. The Poly Blue Octave has three times as many knobs as a Blue Box. But the controls are still simple and self-explanatory. Five of the six knobs are level controls: wet/dry, sub-1, sub-2, oct+1, and oct+2. The modulation knob turns the modulation effect on and increases the rate as you sweep clockwise. (All octave voices and fuzz are modulated when it is engaged.) LED-illuminated buttons switch on the fuzz and toggle between monophonic and polyphonic modes. The wet/dry knob also functions as the fuzz volume when the fuzz button is engaged and held down for a few seconds. An expression pedal jack allows players to fade between settings and ramp up modulation speed with an expression pedal oruse an external foot switch to activate and switch between fuzz and clean or polyphonic and monophonic modes

The Poly Blue tracks well, so at clean settings, it’s easy to evoke baritone and bass sounds. The fuzz circuit, meanwhile, is full-bodied, so I approached fuzz settings by starting with a dry sound and adding octaves to taste. With the fuzz applied in polyphonic mode, the higher octaves soar, with the oct+2 creating a whistle-like tone in higher registers. I used sub-1 at almost implied levels to bulk up my sound further. Lower position playing gets muddy with sub-2 settings, especially when it’s used in conjunction with sub-1, so using a bass cabinet is a smart proposition if you intend to use a lot of low notes. Turning off the fuzz, of course, makes the low-end sounds less chaotic.

Monophonic mode sounds truest to the old Blue Box and has a thicker voice. It also either tracks less steadily or responds more sensitively to overtones in my guitar signal. So I had to carefully tweak octave-level settings to tread between flavorful fuzz and blown-out mayhem. But when I got it just right, I was thrilled to achieve crushing tones that rival the Rust Never Sleeps version of “Hey Hey, My My.” Adding modulation to these settings in monophonic mode generates a phase effect that induces serious additional wooziness.

Creative possibilities expanded when I hooked up my expression pedal to the Poly Blue Octave. Polyphonic mode evokes faux-organ vibes from the get-go. And by setting the expression pedal to fade-in a lower octave and increase modulation speed, I felt like Jon Lord taking a solo break at Budokan. If that’s not cool, I don’t know what is.

While you can also use an expression pedal to turn the fuzz mode on and off or switch between a monophonic and polyphonic modes, you cannot smoothly fade between those modes as you can with, say, the modulation rate. Even so, the ability to have clean or fuzzy signals at either end of a heel/toe sweep, combined with other effects means extremely different preset sounds are possible.

The Poly Blue Octave captures the spirit of the original Blue Box but transforms it into something much more flexible and full of possibilities. I wouldn’t be surprised if I hear that the two-octave-below setting blows more than a few speakers—it might even require a warning label. But for users who approach the Poly Blue Octave with a creative, open mindset and look beyond simple octave pedal functionality, the deranged fuzz tones, modulation, and expression pedal capability will mean many unexpected sounds.