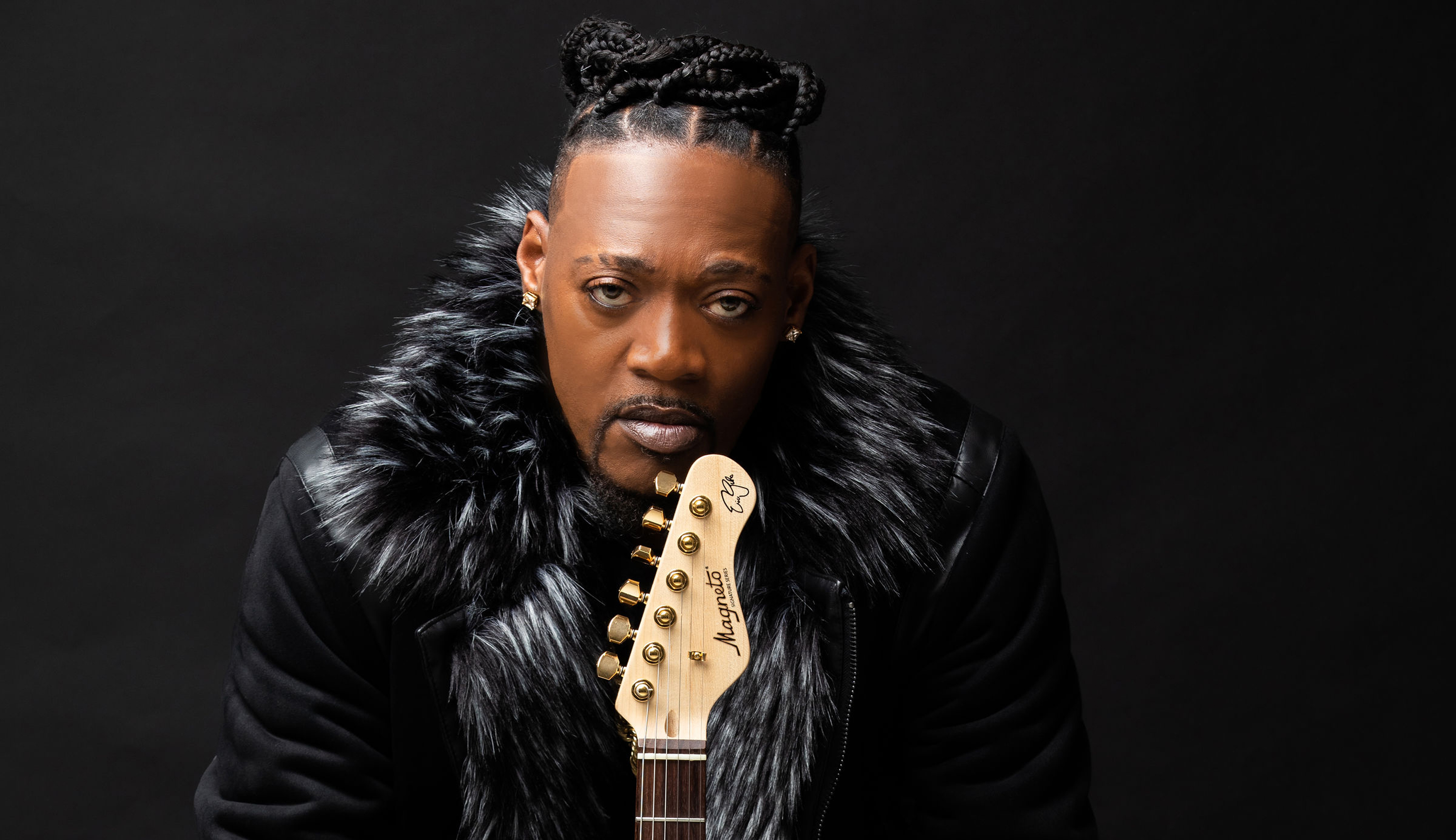 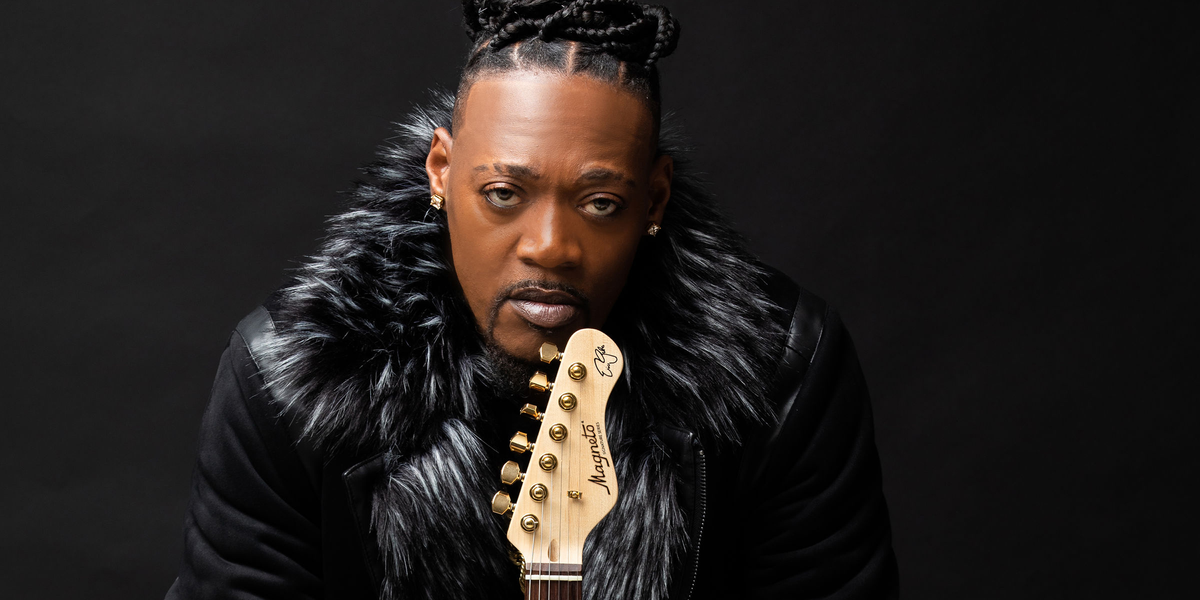 Eric Gales’ method of playing a right-handed guitar left-handed and upside down gives him a sound that’s distinctively his. If you watch videos of him playing, you’ll notice he plays with his thumb wrapped around the top of the neck, like Jimi Hendrix or John Mayer. However, since his guitar strings are flipped upside down, his thumb is fretting what would be the first string to most people. This not only puts your brain in a whirl when trying to steal licks, but it also opens the door for some truly unique chord voicings. Gales, who fuses blues, rock, and classical together, constantly manages to play some truly otherworldly licks and passages.

Gales’ speed and cleanliness are his bread and butter, but what sticks out to me in his playing are those chord voicings and substitutions he uses masterfully in his approach. He is one of the best at spicing up standard shapes. In this lesson we’re going to dig into Gales’ interpretation of Jimi Hendrix’s “Little Wing,” using a pair of different live clips to showcase how he tends to mix up his chordal choices from performance to performance.

“I remember on this last tour me and Myles [Kennedy] were on the bus looking up stuff and we ran into some Eric Gales clips and we were just like, ‘This guy could be the best player on Earth.’” – Mark Tremonti

In Ex. 1, we’re checking out Gales’ performance from the 2019 Keeping the Blues Alive Cruise. When he kicks off the “Little Wing’’ intro, every note is the same as what Jimi Hendrix originally played. It’s worth noting that Gales also typically tunes down a half-step. It’s a straight-up cover, that is, until Eric does his “thing” when going from the IIm to VIm chords in the progression.

At 0:26 in the video Eric uses a diminished triad to work his way up the fretboard, resolving on a Bm7 triad for just an eighth-note before moving to the Em7. His use of the open third string in the Em7 chord provides a nice jangle.

The last nugget we’ll look at from this specific performance is pretty simple: a single F6(9) chord around the 0:51 mark. Shown in Ex. 3, Gales works this chord into his arrangement to build tension and grab your ear before beginning the verse of the song. As with the other examples, the notes being played are not difficult. It’s the application, however, that gets the listener’s attention. If you’re at all familiar with “Little Wing,” you’ll see that this chord comes out of nowhere in his arrangement.

The next two examples are from a seminar that Gales did at the University of North Carolina–Greensboro Center for Creative Writing in the Arts. It’s clear that Gales is going a little out on this interpretation, and he is also tuned to E standard.

The last example (Ex. 5) is a real finger twister. At 0:29 he plays an insanely tasteful Bm9 voicing and descends to a Bbm9 before continuing to an Am9. If you listen close, Gales is sprinkling in an open first string. Because he is playing a right-handed guitar upside down, he can add that extra open string to the chord voicings. If you play a guitar that is not flipped upside down, you logistically won’t be able to add that open string.

Eric Gales is a completely underrated guitarist in my book. Nobody else sounds like him, and it’s refreshing to hear someone truly being different in the guitar community. You could spend countless amounts of hours picking out the licks and passages he plays. Unless you’re learning cover tunes note-for-note for a gig, try stretching your creativity in the way that Eric does. Now that you’ve seen how an old standard such as “Little Wing” can be dressed up with this chord voicing and substitution approach, run with the idea and see what you can create.