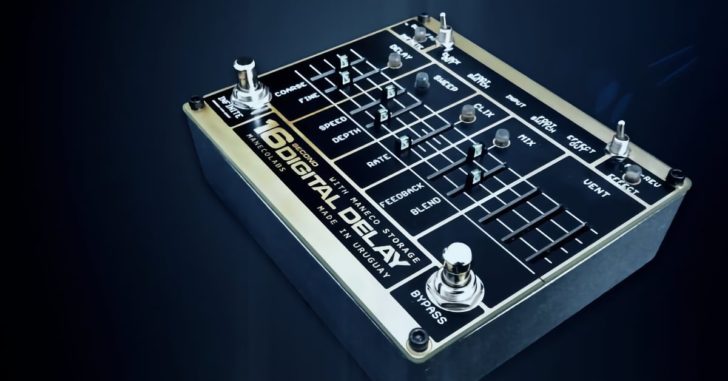 Manecolabs has announced the release of Sixteen Seconds Delay Reissue, which they say is inspired by “the original looping delay from 1983.”

“The device topology is the same as first digital delays from that era, with an all-analog signal path, pre emphasis and de emphasis, compression and expansion, anti-alias and reconstruction filtering and input output buffering and mixing.

Digital processing is limited only to analog to digital conversion, memory management and storage and digital to analog conversion, all in glorious eight bits.

Maximum delay time has been increased to 64 seconds, there are toggle switches for slow/fast speed/pitch and reverse playback.

Sixteen Seconds Delay Reissue is available to pre-order for $699 USD, with a production run limited to 50 units.