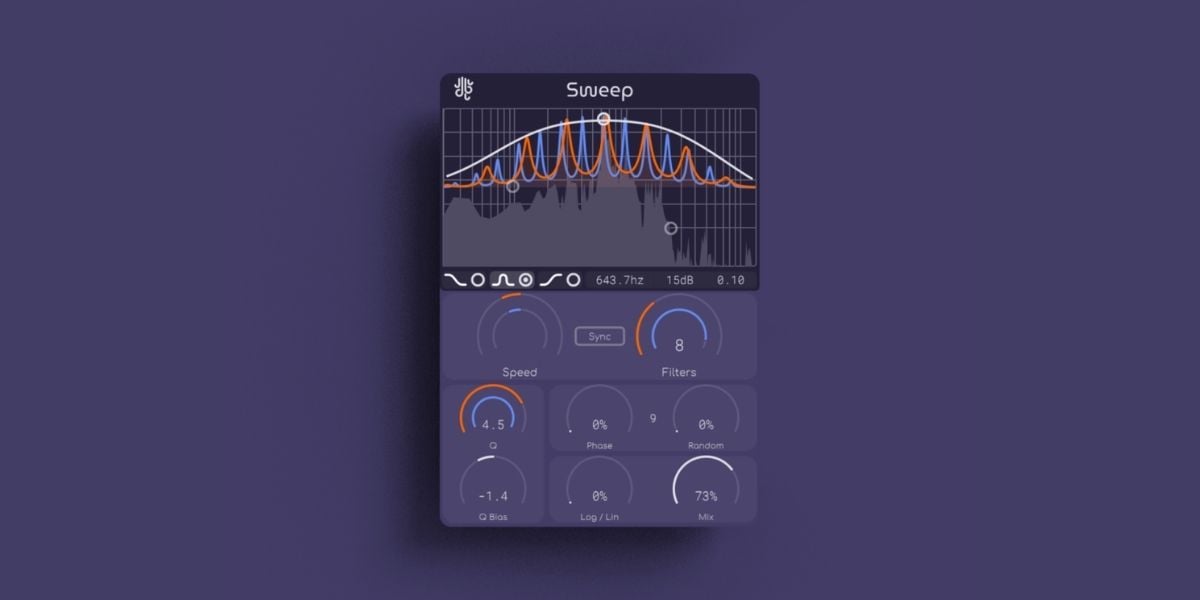 Lese released Sweep, a freeware filter effect in VST and AU plugin formats for DAW software on Windows and macOS.

Filter fanatics worldwide are celebrating the latest freeware release from Lese Audio. The company is giving away its one-of-a-kind Sweep filter plugin.

Sweep is a unique filtering device designed to work across a broad range of compositional elements and music styles. The plugin is ideal for mixing situations, but it can also come in handy for sound design and live performances.

When opening up the Sweep filter, the first thing one notices is its attractive user interface. The visual layout is easy on the eyes for long periods of use and has a beautiful color scheme. But that’s enough about the visual component, so let’s discuss Sweep’s functionality.

Unlike conventional filters, Sweep is designed to create an effect that sounds like your signal is filtering endlessly. Its algorithms are designed on the same principles that make shepherd tones. Some might refer to this as filter delay or frequency echo. Whatever term you decide for it, it’s pretty awesome.

Users can opt for a single filter mode or choose the more exciting stereo split that creates two independent left and right instances of the filtering effect. Each side comes with its own controls, which opens up the users’ stereo imaging options.

Below is a short breakdown of every major controllable parameter within Sweep’s GUI:

Sweep includes several features that may go over some users’ heads mathematically. Don’t let this intimidate you; Sweep can be a terrific tool for any producer or sound designer looking to create unique effects and textures.

The team at Lese was even nice enough to filter out their asking price, which makes it hard not to give this nifty little plugin a test drive.

Sweep is available in VST3 formats for Windows 10 or higher and in VST3 and AU formats for owners of macOS (Intel/Arm).