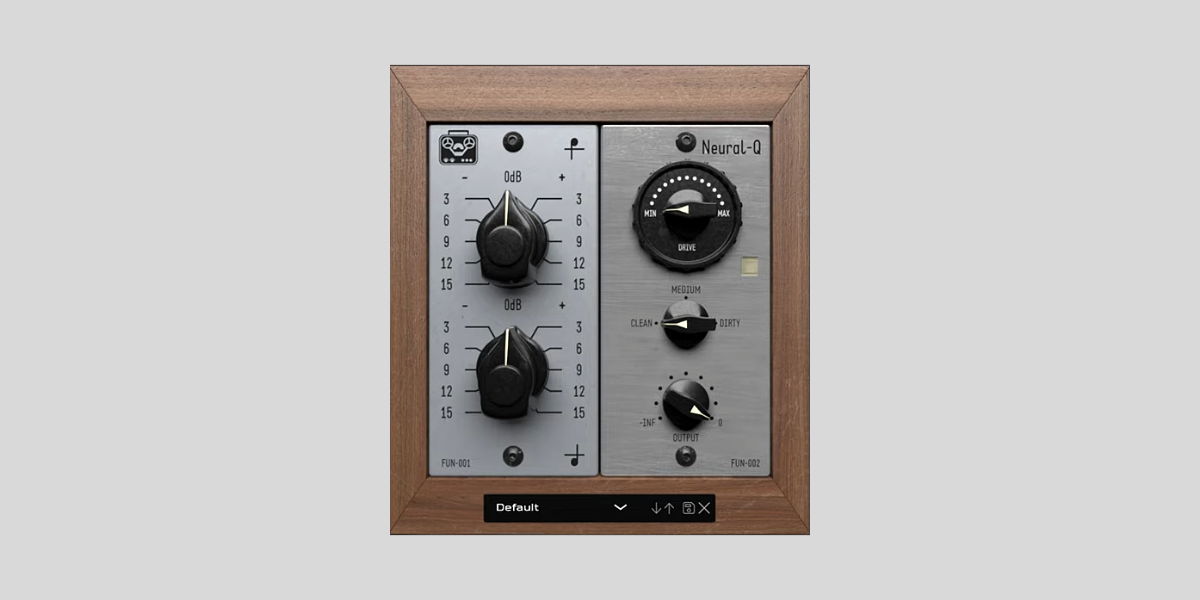 Neural Q is an AI/Neural Network-based EQ and saturation plugin from Tone Empire. The plugin usually costs $49, but it is available for free download until the 1st of May, 2022.

We are seeing developers take the AI route more and more these days. Whether it’s an online service like LALAL.AI or a tape machine emulation like Baby Audio’s TAIP, it seems to be a trending method.

Many people would say that the AI route can produce the most accurate analog hardware emulation, which we have here with Neural Q.

The two sides to the plugin are the analog-sounding EQ and the Pre-amp section.

According to Tone Empire, the plugin faithfully captures the sound of a well-known vintage German EQ. It would seem that the EQ is based on the Hi/Lo bands of the Siemens W295b. It’s not the most difficult to source vintage EQ, but they don’t come cheap.

The Hi and Lo Bands boost their respective frequencies in the shape of the original hardware captured. Each has a range of -15 dB to + 15 dB.

The Pre-amp section offers three types of saturation: Clean, Medium, and Dirty. Like the EQ, this section is incredibly straightforward with just a few knobs and a Drive On/Off (Bypass) button.

With any AI plugin, the authenticity rests largely on how extensive the model training is. The more data the system has as reference points, the more accurate it should be. The developers trained the system with a large volume and wide variety of sources, from vocals to solo instruments and ensembles.

In creating Neural Q, Tone Empire suggests that Circuit Modeling is a dead technology and can’t recreate the behavior of analog gear like RNN (Recurrent Neural Networks) can.

That’s where others fail most often. It’s one thing to create a blanket sound close to the hardware; it’s another to make something that interacts with your performance and everything else around it like vintage hardware does.

Sadly, as with most expensive vintage hardware, I don’t own a Siemens W295b. But, what I’m hearing and reading so far tells me that users are very impressed with the character and behavior of Neural Q. One slight potential difference is that some think the bottom end is a touch darker with the plugin.

If you want to add some weight to your bottom end, analog sheen to the highs, and drive till the wheels fall off, this one looks fun.

I grabbed Tone Empire’s Loc-Ness while on sale last year, and I like it. So, I’m pretty excited for Neural Q.

Available in VST3, AU, and AAX formats for macOS and Windows. Only 64-bit plugin hosts are supported. Compatible with macOS 10.13 or later and Windows 10 onwards.