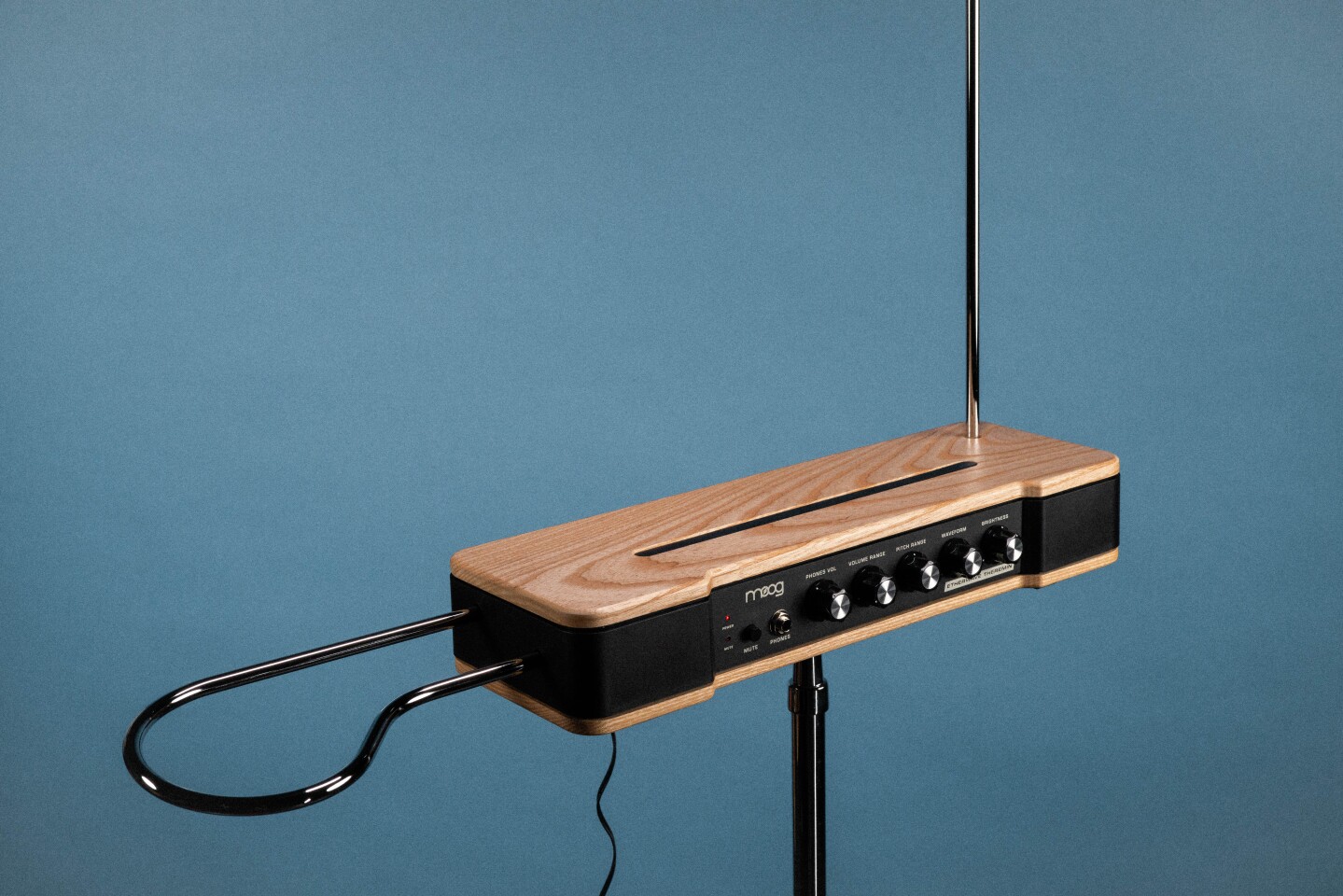 Moog celebrated the 100th anniversary of the invention of the theremin back in 2020 with the special edition Claravox Centennial. Now the company has returned to its original design book for a next-generation Etherwave Theremin.

The theremin came out of Soviet research into proximity sensors undertaken by a physicist named Lev Sergeyevich Termen, or Leon Theremin to use his more popular moniker.

Decades later, a young Bob Moog assembled his first theremin from plans published in Electronics World and by 1954, he and his father were building and selling instruments out of the family home in New York.

And despite his company perhaps being better known for large-format modular synthesizers, his fascination and enthusiasm for the theremin continued right up until the Etherwave design in 1996.

The eerie sounds common to many 1950s horror or sci-fi B-movie epics are achieved without touching the theremin at all, players alter pitch and volume by moving their hands in proximity to two metal antennas to produce a tone close to a sine wave. Only one tone at a time can be produced (unless the instrument is used as a MIDI controller) but in the right hands, the expressive other-worldly result can be truly beautiful.

Though this latest iteration is based on the original circuitry and overall look of Moog’s final design, the new Etherwave Theremin benefits from an improved bass response and better stability at the lower end, the antenna connections have been updated for assembly ease, a mute control allows players to put the instrument into standby or preview the sounds through headphones before the main event, and it can be cabled up to external hardware thanks to Gate Out, Pitch Out and Volume Out connectivity.

A quick-release microphone stand has also been included for mounting on stands, and the company has built a tear-resistant padded case for touring musicians .

The Etherwave Theremin goes on sale today for a manufacturer’s advised price of US$899. You can see and hear the instrument in action courtesy of Austin’s The Octopus Project in the video below.