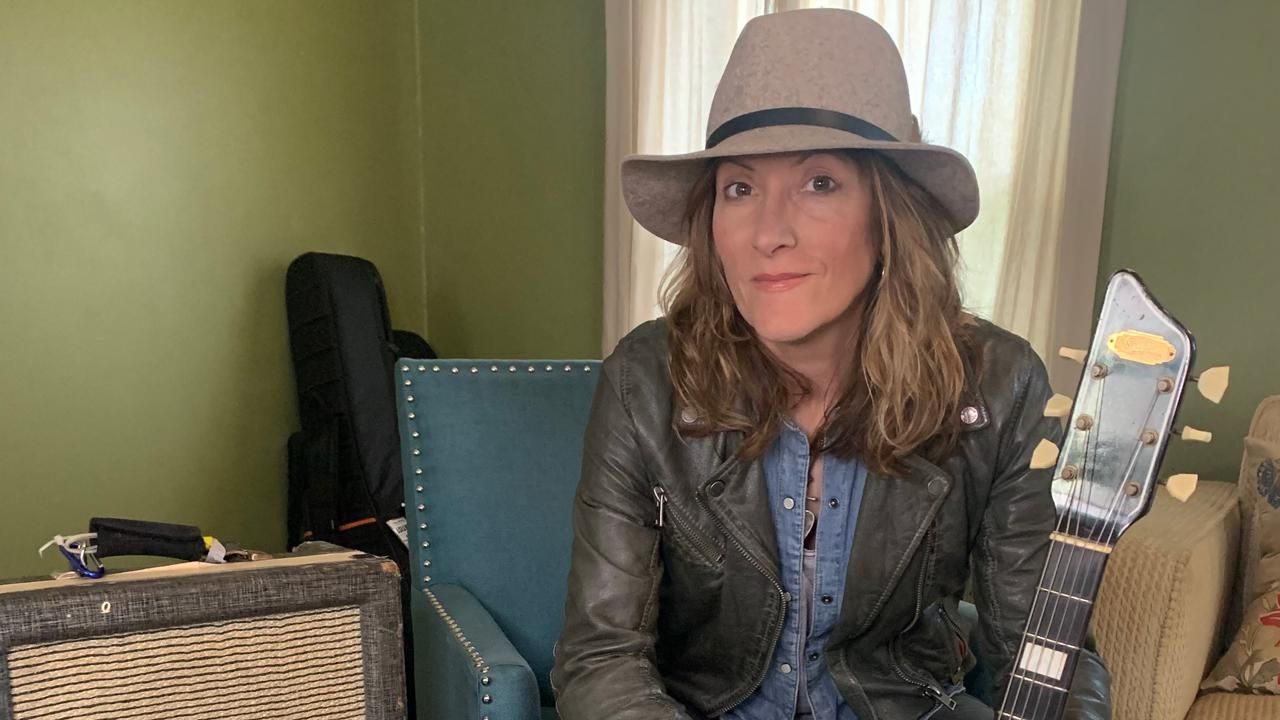 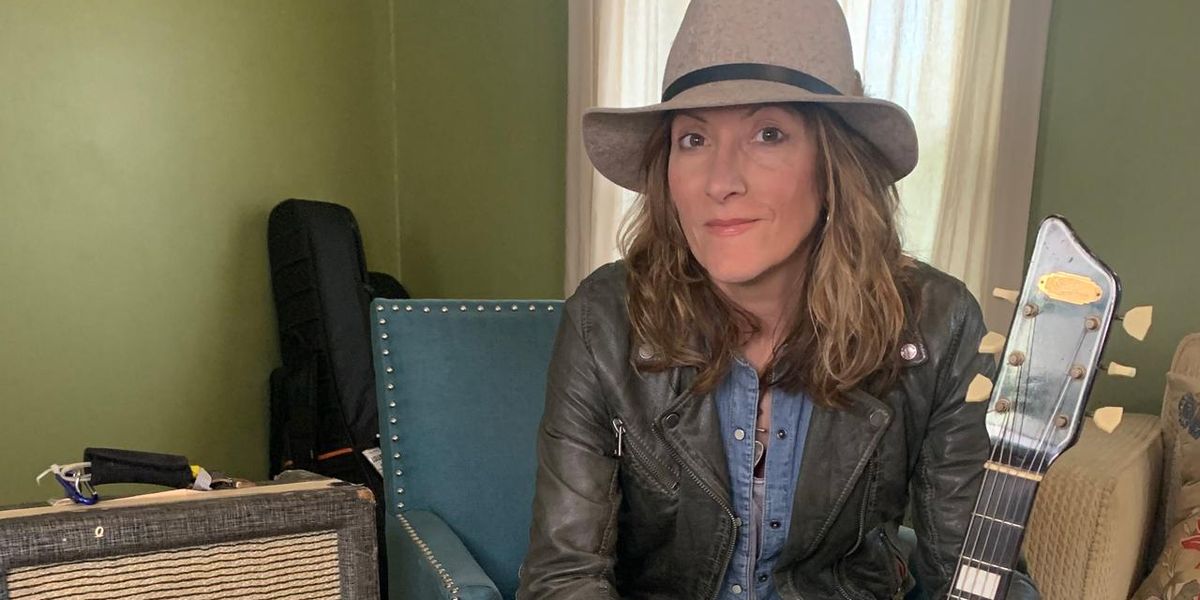 Like a lot of slide players, Michelle Malone enjoys some grit in her tone. And when it comes to grit—along with glorious midrange, trippin’ out reverb, and a blend of snappy response with just a ladle full of sponginess to temper brittleness—vintage Supro amps deliver better than UPS. So, her favorite amps are a pair of old Supros: a 1959 Dual-Tone and a 1961 Super.

By the way, is there anything cooler in gearland than naming a one-knob amp a “Super”? It seems audacious until you plug into one and hear the way it breaks up. These amps, with their cute, little stock 8″ speakers, bite like baby sharks. But alas, I digress.

On her new album, 1977, named for the year she started playing guitar, Malone really flies her songwriter’s flag with tunes that delve into the personal. “Not Who I Used to Be” chronicles her growth as a human, “Buck Knife Man” is a tribute to her father, and “Georgia Made” is her grandfather’s life story—all powered by her clear-toned honey-and-biscuits singing and smartly textured arrangements.

The soaring leads on this release, her 17th studio album, are played by her band’s other guitarist, Doug Kees. But for her brass-knuckled live performances and on her previous albums—which started with 1988’s New Experience and her 1990 major-label debut, Relentless, and have continued through more than three decades—whenever a slide comes out of a pocket, it’s Malone’s. (You can hear her dig in on the video for “Just Getting Started” that accompanies this story.)

The Atlanta-based artist already had a rough-talking electric guitar voice when she committed to slide while recording her 2003 album, Stompin’ Ground. “I was working on the song ‘Lafayette’ in the studio when I realized it needed a slide part, and no one else was there to put it down, so I did it myself,” she says. Thus hooked, she developed a notable approach that blends the terse and the languid as she uses her signature Rocky Mountain Slides ceramic model with her Fender guitars or her white Supro Dual-Tone 6-string.

“It sounds so good—a little trashy, with awesome mids and just the right break-up—but you can’t turn it up all the way or it craps out.”

The latter was purchased as a package with her Dual-Tone amp, likely via eBay, in about 2007. The Super came from now-gone Atlanta gear store Midtown Music, which had a reputation among local musicians for its used and vintage equipment. Both amps have quirks. The Super has a 6″speaker, rather than its stock 8″. “I blew out the one it came with in the ’90s,” Malone says. “Having one knob on this amp is a beautiful thing. It sounds so good—a little trashy, with awesome mids and just the right break-up—but you can’t turn it up all the way or it craps out.” The rest of the 5-watt blast box is stock simplicity, with one 12AX7 for the preamp and a 6V6 on the power side.

The Dual-Tone is an oddball. A stock example of this 24-watt, 12″-speaker growler typically has two channels with two inputs each, 12AX7-driven tremolo, 6973 power tubes (which were also used in 1960s juke boxes), a 12AX7 phase inverter tube, and two more 12AX7s for the channel 1 and channel 2 preamps. There are volume and tone controls for each channel, plus the usual speed and intensity for tremolo. Malone’s weirdo example, which she extracted from an “Alabama road case,” aka a cardboard box, to eyeball during our conversation, has three inputs and volume and tone dials, plus an 8″ speaker—although it’s likely a replacement, since Malone remarks that the cabinet has room for a much larger speaker. It also has just three tubes: a 12AX7, a 6V6, and a 5Y3GT rectifier tube. In that respect, it resembles a Supro Reverb model, but … no reverb. This isn’t as strange as it may seem, given original Supro builder Valco’s penchant for using whatever was around the shop at any given time to fulfill orders, sometimes causing variations in products sharing the same model name. And recently, a Dual-Tone with the same setup was listed on Reverb.

Malone teams her amps and guitars with a few basic pedals. She uses a Keeley Compressor and a Seymour Duncan Pickup Booster when she plays slide. Her Ibanez Soundtank Delay stays on all the time, and it reminds her of the slightly compressed and enhanced character of the Echoplex she used to carry on the road from the late ’80s to early ’90s. And she also uses an MXR Carbon Copy for a cleaner echo vibe, and an EHX Holy Grail when spring reverb needs to join the game.

“I normally take both of those amps on an average gig,” she says. “For larger rooms, or when I need more volume, I’ll take along one of my black-panel Deluxes. But as long as you have a good sound engineer, you can turn up these little Supros and you’re golden.”

See Michelle Malone make her vintage Supro amps, and her Dual-Tone guitar, howl on slide as she performs “Just Getting Started” from her 2018 album, Slings & Arrows.