Infamy Gets Made Crew 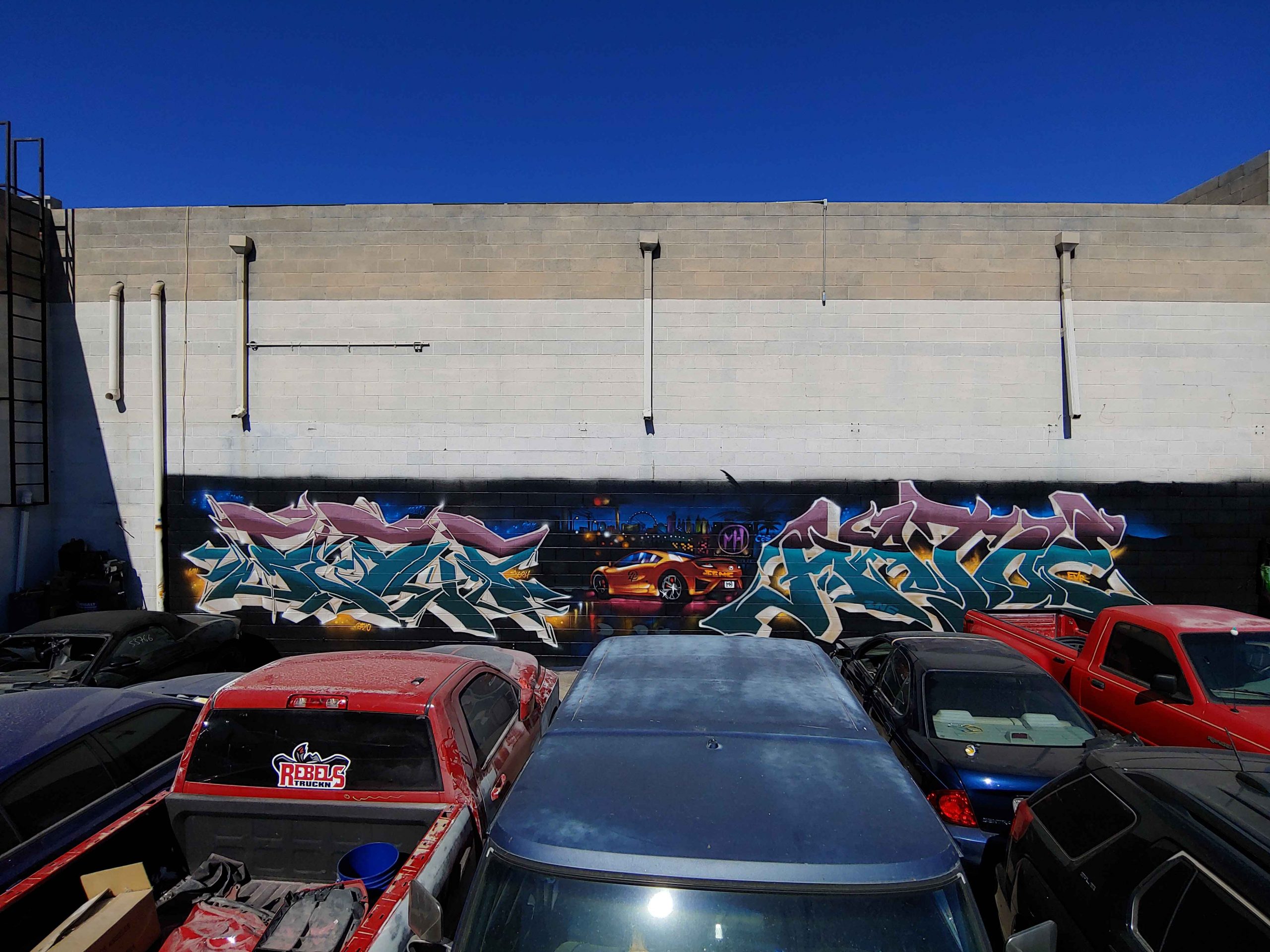 Infamy Gets Made Crew – Alright so thanks for taking the time out to do this interview, Since this is a crew interview can you tell us a little about the crew? How did you guys find each other and how long have you been around?

The crew was born in Dec 1995 out of Yuma, Arizona. Originally formed with a Hip-Hop “Four Elements” concept in mind. In 2010 we shifted our focus to only writing and that’s when the “movement” began. The crew has members in Germany, Spain, America, and Mexico. Dleys is responsible for the European expansion, and Toker, Sager, and Oclocs are responsible for the Mexico expansion. The growth across America has happened organically with relationships members in the crew have formed.

How many members are in the crew?

The crew consists of the following members:

Is there a certain type of writer that the crew looks for?

The crew operates differently than most crews as the makeup of members is diverse from Pilots, and professors to tattoo artists and full-time artists. The main thing we look for is good human beings with positive vibes. Being a dope writer goes without saying but if you are an asshole no need to try and kick it. One of our mottos is “Earn Your Ego”.

Dleys is the glue that binds the team, but everyone puts forth efforts. Some examples are Cazket only doing crew pieces for a year, Obskur 87 and Core organizing sessions within Germany, and things like crew exchanges, collaborations, and linking up at jams. We have a crew chat that is for crew eyes only and there is a lot of work that is shown in there that hasn’t made its way to the public yet, lots of Fedup fr8s, European walls from Deom and Dizoe. There is always an effort made to build and inspire as a unit. Daily conversations and discussions regarding key topics in life are a must.

How often does everyone collaborate on walls?

Collaborations happen to some extent at least a few times a year whether its Katoe going to Las Vegas to link with Fedup and Lagek to Oclocs, Made, Jues and Roye linking up in Mexico. The effort is always there to link up and build as a team.

How does your crew feel about social media and graffiti?

Social media is good and bad. If used to link and create share ideas it’s a benefit but if used the wrong way it can be a major setback. We stay focused on our team, keep our heads down and keep it moving. “Grind or Get Left Behind” is another crew motto.

What separates your crew from other crews?

We kind of touched on some of these topics earlier but a more in-depth answer would be the members in the crew Dleys and Lagec have been involved in decisions from the birth of the crew. The crew is ran very unorthodox to say the least there is always some sort of dialogue going on whether the discussion is beef, style, color concepts or quality over quantity. The crew as a whole overstands that every opinion matters but decisions are made with clear minds not emotional ones.

Thanks to Bombing Science for the feature and thanks to all IGMC family members who support our motley crew in our daily exploits in this culture.