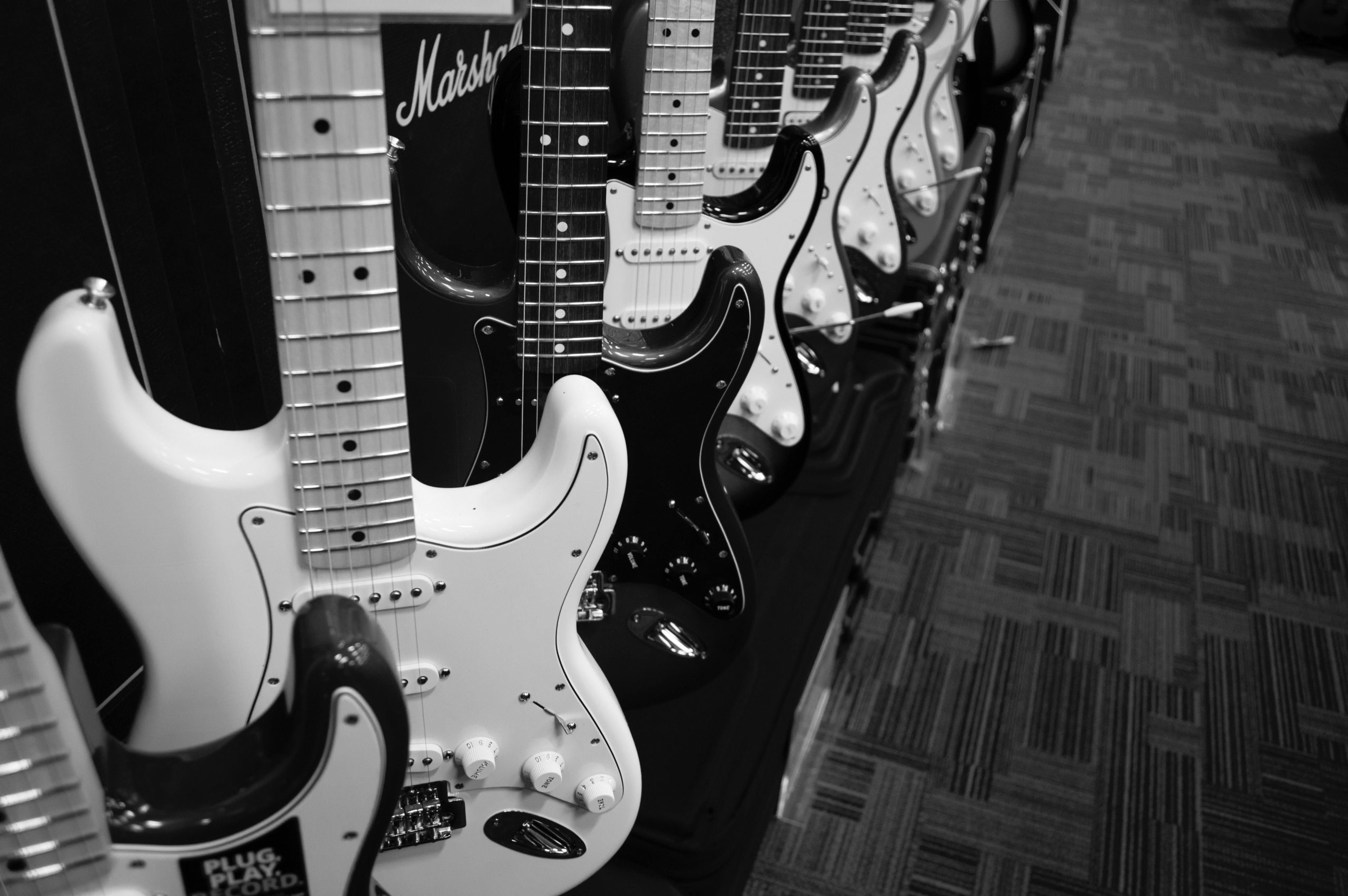 How to Shred the Blues 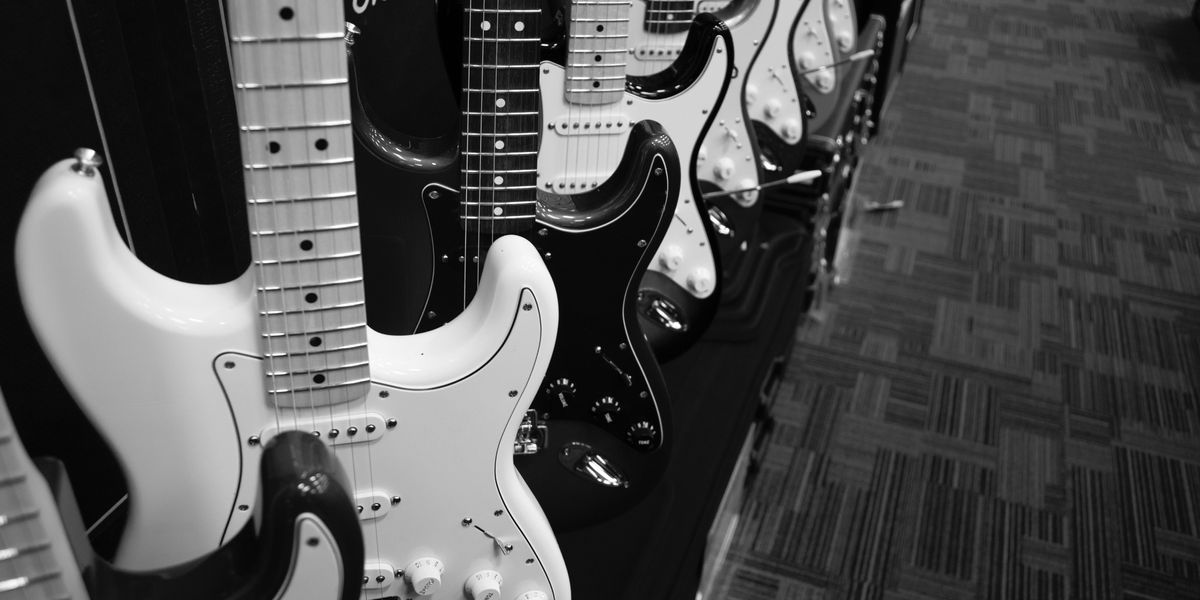 Since blues playing and improvisation is based around vocabulary, you can’t just throw in intervallic fusion lines or neoclassical sweep arpeggios and expect them to fit. Don’t get me wrong, I’m all for experimenting with sounds from different genres, but you’ll want to pick the right moments to work in these ideas. Having a strong foundation in the blues will ground the listener and make the experiments pop out more without alienating them. So, let’s look at a handful of shreddy blues licks that you can throw down at the next local blues jam without (hopefully) drawing the blues purist’s wrath upon you.

Once you’ve integrated these licks into your playing, you’ll start combining them in new and fresh ways when improvising. Feel free to alter these licks anyway you want with hammer-ons, pull-offs, alternate picking, hybrid picking, or however else you feel comfortable.

Let’s go all the way back to 1968. Johnny Winter’s The Progressive Blues Experiment is one of my favorite blues records, and Johnny could really play a lot of notes for a blues player in the late ’60s. He’s a fingerstyle player, which I am not, so I’ll use a pick, but if you really want that Johnny Winter sound try playing these without a pick. His sound was also not too overdriven.

Ex.1 works great over the I chord in a blues. It starts out with a flurry of fast bends—which sound a lot faster than they are—packed with the wildness of rock. It then goes into a repeating, syncopated pull-off figure where you keep jumping back to the G on the 12th fret of the 3rd string. Shifting the accent around was a staple in Johnny’s playing. In notation it looks more complicated than it is, so just follow your ears with this one. You can either try to play it rhythmically more on the grid or just somehow squeeze the figure into each beat.

Ex. 2 is in Bb and is played over a V–IV–I turnaround at the end of a 12-bar blues. It starts off with some tremolo picking going into the V chord and then another pull-off figure that keeps going over the IV chord before ending in a bend from Ab to Bb (the 5th of the IV chord) on the 2nd string. It ends with syncopated notes and double-stops over the I chord.

Another player that shredded the blues was the incredible Gary Moore. After his phase as one of the greatest hard rock players of the ’80s, he went back to his blues roots and infused it with his lightning-fast licks.

Ex. 3 is pretty much a blues/rock cliché lick but Moore would add some rhythm intricacies like the 16th-notes in the middle of a 32nd-note run. He would play this with a mix of alternate picking and legato, but you can try to hybrid pick the sections where he only plays one note per string. Otherwise, it’s a straightforward blues-rock lick. Don’t worry too much about playing it super clean, Gary wasn’t the cleanest with these kinds of licks either. It adds to the filthy attitude of these phrases. Ending it on the open 5th string and adding the open 3rd string (the b7 of A) makes it even filthier.

We stick with the key of A for Ex. 4, which is a lick that you can often find in Moore’s playing. It looks quite complicated rhythmically, which stems from the fact that a lot of Moore’s fast licks are basically sped-up versions from players he learned from. He would take these little figures and squeeze them into smaller sections. As with the first Johnny Winter lick, it’s more about getting a feel for the it and making sure to land the first note of a pattern on the beat. It sounds wild and frantic, especially ending it on the open 5th string when the progression moves back the I chord.

Our final Gary Moore lick is in 6/8 and works nicely over a V–IV progression in measures 9 and 10 of a 12-bar blues (Ex. 5). I used a similar pattern as Ex. 4, but moved it horizontally on one string instead of vertically through one pentatonic position.

Let’s check out some more contemporary players. The next two licks are from the incredible Josh Smith. They’re both pretty similar, and show how you can get in and out of an idea and vary the phrasing to get more bang for your buck. Both work over a D chord. They’re lengthier ideas that work great over a vamp.

Ex. 6 starts slow with a little melodic fragment before going into an intervallic lick that mixes 32nd-notes, 16th-notes, a septuplet and 16th-note triplets. Practice each one individually before combining them to get a hang of it. It then goes into a fast 32nd-note run that ends with a syncopated screaming bend after scraping some random open strings. Pretty wild.

Ex. 7 starts lower on the neck and slides up to the same position as Ex. 6 where we go into a variation of the rhythmically irregular intervallic idea, this time a bit more straightforward. Instead of launching into another full-on shred attack, we end the idea by immediately jumping back up to the 1st string and playing a surprising short melodic phase.

Ex. 8 is one of Joe Bonamassa’s cascading pentatonic runs. It’s mostly straightforward 32nd-notes but uses sequences of five and seven to get that cascading sound of displaced accents. This works over the I chord of a D blues progression (major or minor) as well as any rock riff in D. It’s clearly inspired by Eric Johnson’s cascading pentatonic runs and a rather tough one, technically. Bonamassa pretty much picks every note in this phrase, which is quite hard due to the string skipping and the odd accents. But there’s no shame in using pull-offs, which sounds cool as well. Smooth pull-offs or aggressive picking: your choice. Ideally learn both and play it how the situation requires.

Kicking the speed up a notch can add excitement to your solos. But remember to use it with taste, not as a crutch. Break down these licks into more manageable pieces and work them up to face-melting speeds to prevent sloppiness. In the end, the better the context you place these licks in the better they will sound.