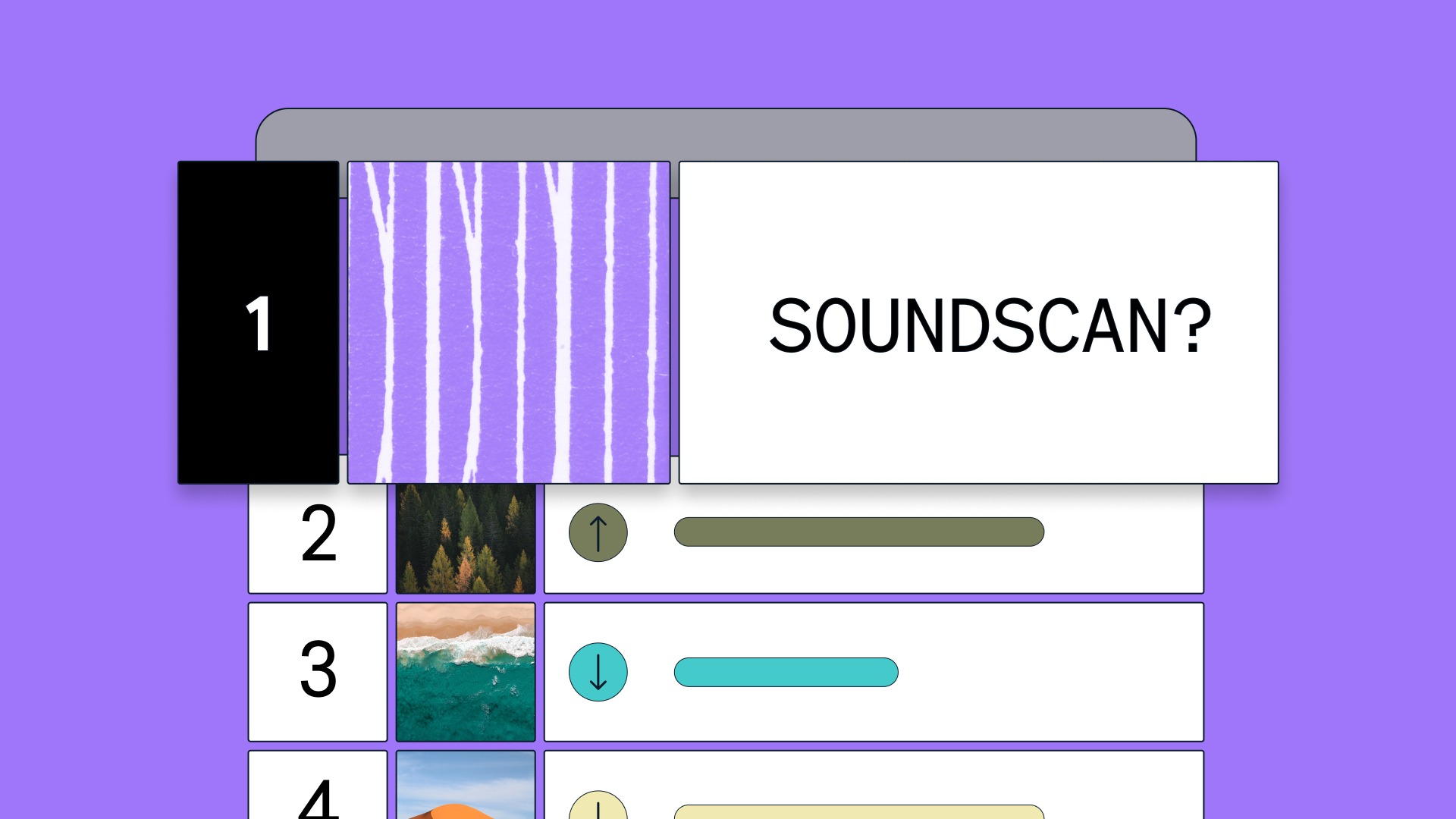 What is Soundscan? How Billboard Tracks Music Sales

Have you ever wondered how the music charts get their results? Are sales and ranking numbers really accurate?

The surprising answer has its roots in a program called Soundscan. It changed how the music industry calculates important figures for sales and plays.

But how does it all work, and what does it mean for you as a creator in the streaming era?

In this article I’ll explain the mechanics behind Soundscan, how it works today and how it impacts you as you grow your music.

Soundscan is a system for tracking music industry sales data that debuted in 1991.

It works by logging the UPC, EAN and ISRC codes associated with a music product when a sale transaction takes place.

The tracking includes albums, singles, music videos and even streaming numbers to get an accurate overall picture of market performance.

The totals are delivered weekly and provide the basis for the Billboard chart rankings.

Music retailers have to opt in to Soundscan to provide their sales figures. Since some smaller outlets and independent stores don’t submit sales, it’s impossible to say that Soundscan data is 100% accurate.

That said, Soundscan’s figures are trusted by the biggest charts in the industry to provide an accurate picture of trends in music sales.

Before Soundscan, sales numbers were self-reported by vendors and music stores. Since they often didn’t keep detailed logs, most sales figures were estimates based on shaky assumptions.

This led to many genres and artists being significantly underrepresented by official sales figures.

Hip-hop, hard rock and other alternative genres experienced a huge boom in chart appearances after the introduction of Soundscan in 1991.

Hip-hop, hard rock and other alternative genres experienced a huge boom in chart appearances after the introduction of Soundscan in 1991.

Some believe it played a role in the dramatic way Nirvana’s Nevermind changed the music landscape by ushering in the grunge era.

But Soundscan revealed more than just which genres were underrepresented by record store estimators.

It demonstrated that music releases opened like movies, with a significant sales bump in their initial week.

For hotly anticipated releases by respected artists or hyped new projects, you could expect a surge in sales to send new arrivals to number one on launch day. This phenomenon was rare before the Soundscan era.

These revelations quickly changed the makeup of the Billboard charts and gave rise to the industry trends we see today.

Soundscan was developed by consumer media tracking giant Nielson to provide a data source for the iconic Billboard chart.

Since 2014, Soundscan has integrated streaming figures into its sales totals used in tabulating the Billboard charts.

Once it was widely adopted by the industry, it changed hands over the years before returning to Billboard’s parent company Valence Media in late 2019.

Since 2014, Soundscan has integrated streaming figures into its sales totals used in tabulating the Billboard charts.

The organization considers around 1,500 streams equivalent to one traditional album “sale.” That should give you an idea of what it takes to top the charts in the streaming era!

The Billboard charts might seem far off in the distance for new music creators.

But the systems that makes it possible to count sales accurately matters for every artist.

Sales, plays, royalties and rights are vitally important stats. The more reliable the data, the better the outcomes for everyone in the music industry.

After all, identifying the rights holders when a music product is played or purchased is essential to every monetization scheme for digital music. Whether it works through robust metadata or accurate sales logs, better data lifts up the industry as a whole.

How to register for Soundscan

Luckily, it’s free to register your work with Soundscan to ensure that your sales are counted alongside the rest of the music media sold by retailers.

All you have to do is visit this link and enter the correct information about your release.

Of course, to register properly you’ll need your ISRS/UPC/EAN codes in hand.

These should be included for free with a good digital distribution plan, but in some cases you may have to provide your own.

After that it’s as simple as filling out each field to have your sales logged by Soundscan.

But it still plays an important role in identifying trends when it comes to sales of physical and virtual music.

If you’ve made it through this article you’ll have the basics of Soundscan tracking under your belt.