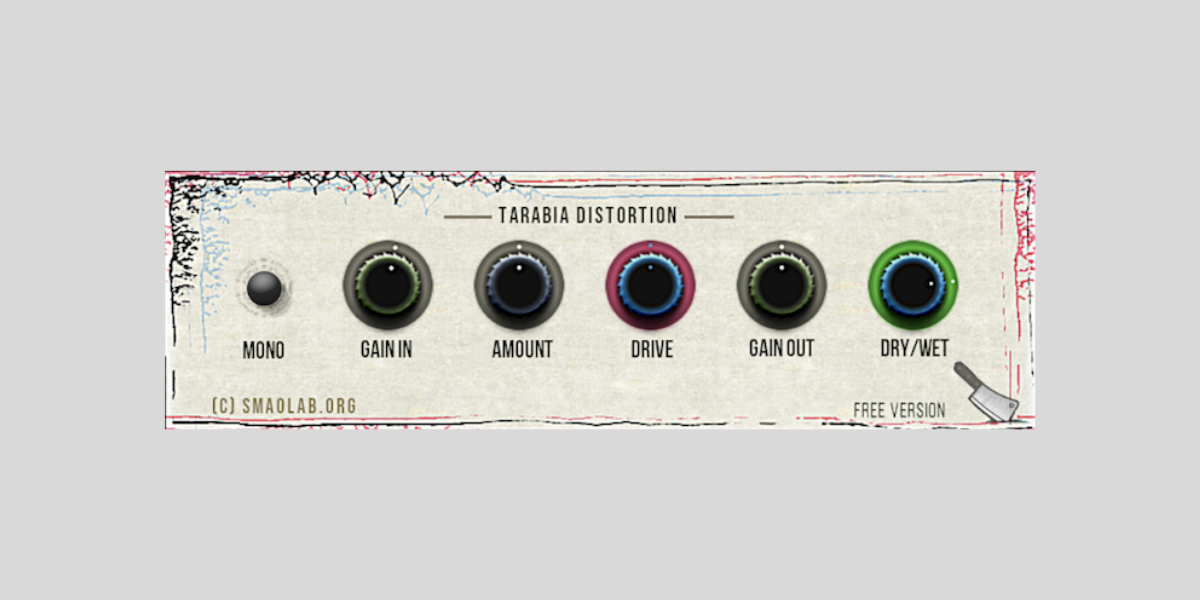 If the name seems familiar, that’s because it’s an update of Tarabia Distortion that was released back in 2018.

The original release and the launch of its successor come close to four years apart, but that’s not by accident. The developers didn’t want to release just another distortion plugin to add to the countless others already freely available. Instead, they spent the time focusing on specific areas of improvement, including a new clipping algorithm, a new drive parameter, and oversampling 2X.

Like the original, Tarabia MK1 has a very straightforward layout with simple controls. From left to right, we have a Mono switch followed by Gain In, Amount, Drive, Gain Out, and Dry/Wet knobs.

Everything about the GUI is minimal, not just in the number of controls but also in the lack of visual indicators or presets.

The developers acknowledge that finding your own sound and identity is important, which explains the lack of presets. Presets are useful in many plugins, even as a starting point rather than a finished sound. But, I understand the push to trust your ears and instincts more. Especially with something like distortion because everyone has a different sweet spot where enough is enough.

Despite the lack of factory presets, you can save user presets, so it won’t be long until you have some handy templates for various sounds. Tarabia MK1 is a soft distortion that can increase the transients/shape, and that appeals to me for different keyboard sounds I might use that are slightly too clean (but just slightly).

Tarabia MK1 is the first release, but TaraLead and TaraTube will follow soon. Between the three, they seem like a good way to achieve different tonal characters with little fuss and no cost.

Smaolab is a small team that welcomes feedback, and if you feel so inclined, you can make a small donation towards current and future work.