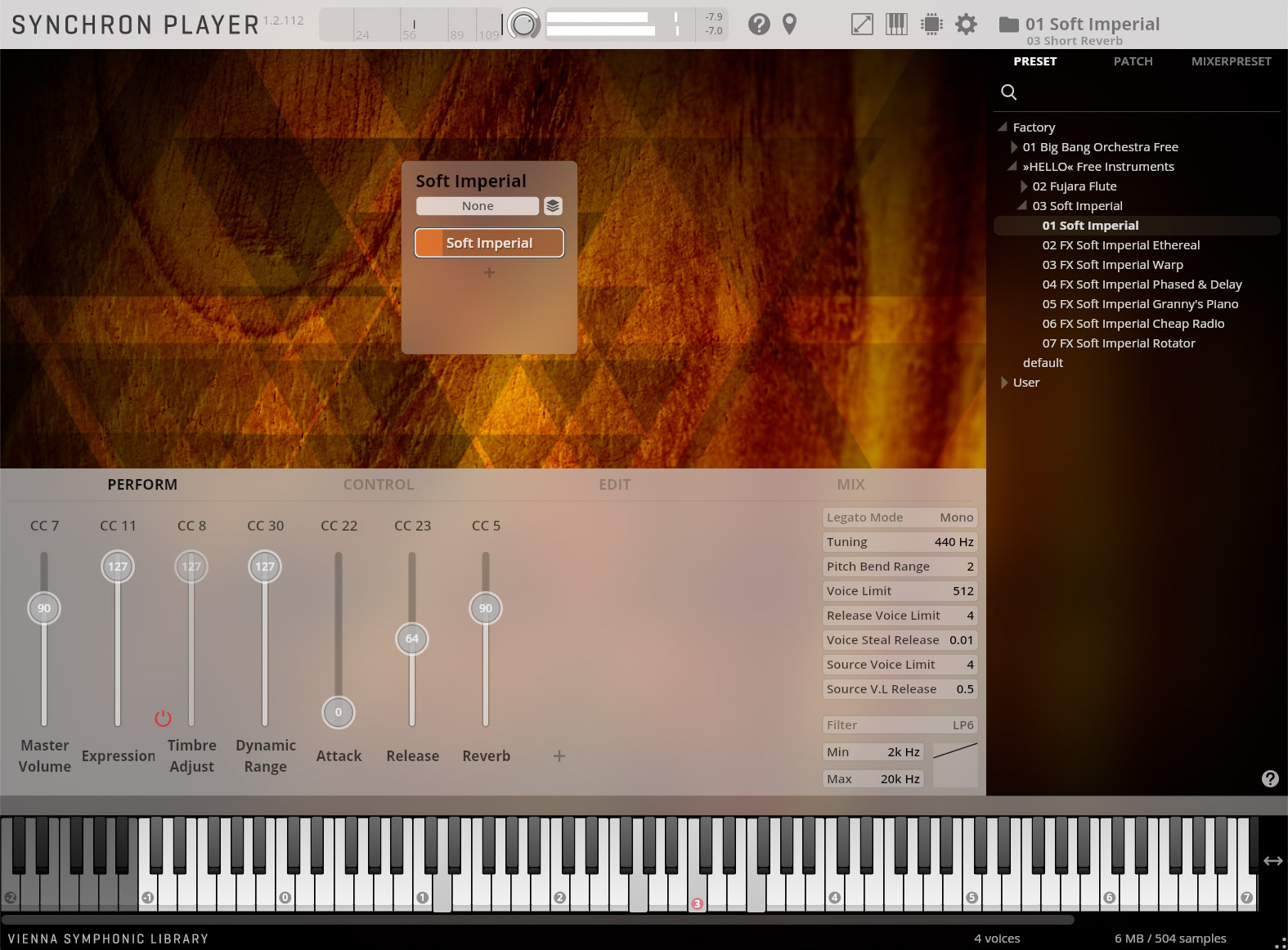 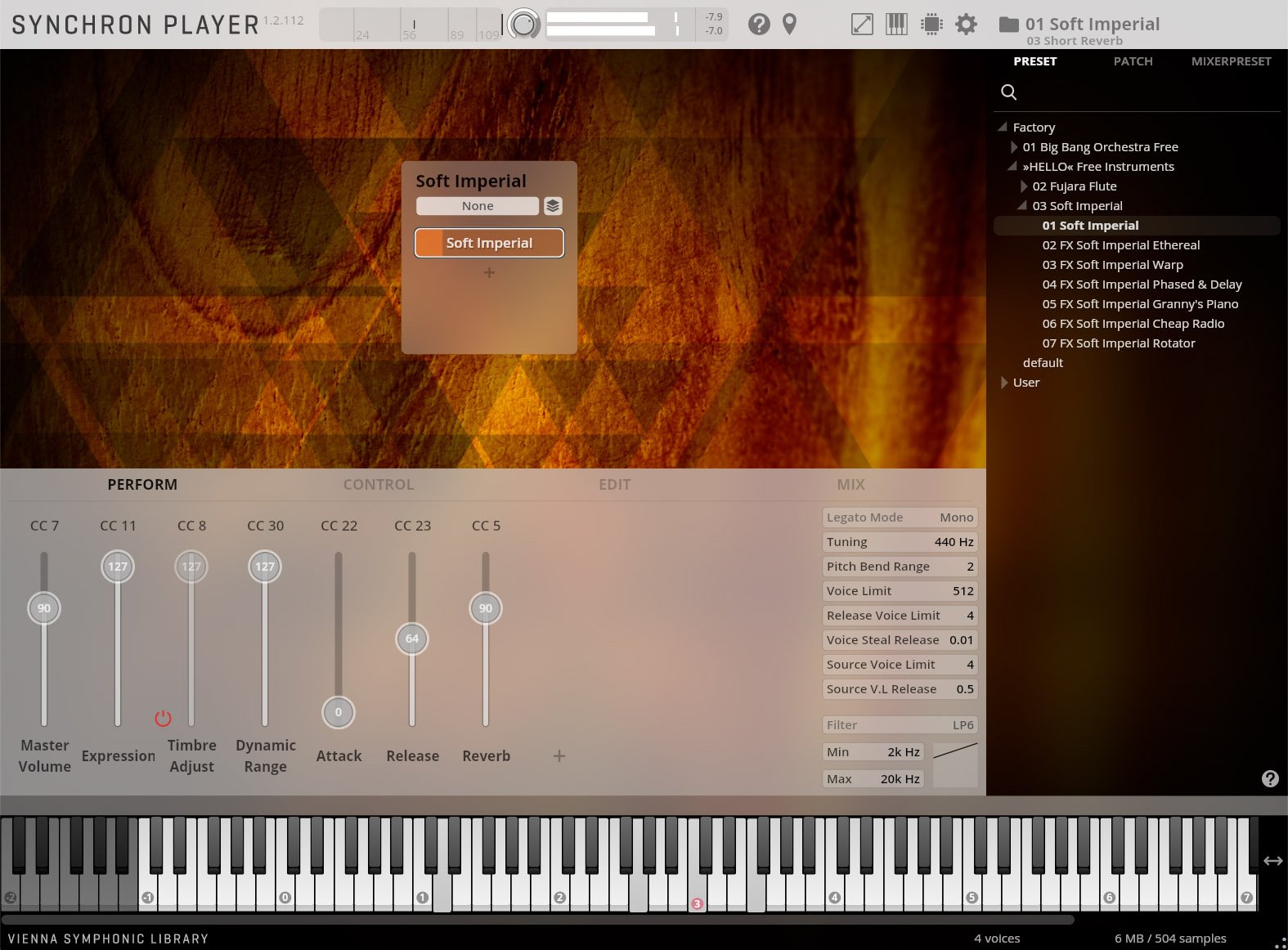 I’m always excited to hear about new piano libraries, especially free ones, but I’m particularly excited this time. Recently, I’ve been looking for something close to the iconic Bösendorfer Imperial sound for some demos, and here we are.

Soft Imperial is a free library that works with the VSL Synchron player, just like the Fujara Flute we covered recently.

The download process wasn’t any hassle, although if you’re new to VSL, you’ll have to download the Vienna Assistant first.

Soft Imperial offers the gentle side of the Bösendorfer imperial. So, it perhaps lacks the dynamics and expression of the flagship Vienna Imperial (which I think is maybe the best piano VST for Classical music – currently unavailable). But it’s free, and it offers a pretty lovely tone and some very nice presets.

There are seven presets, which are:

The preset names define the character of each sound pretty accurately. Ethereal is dreamy, Granny’s Piano is a bit wonky, detuned, etc.

My favorites after a brief play are the untouched Soft Imperial, Cheap Radio, and Rotator. Despite displaying the softer side of the concert grand, I feel like Soft Imperial has more bite and clarity than many other soft piano VSTs.

One of the more peculiar things about a Bösendorfer Imperial Concert Grand is that it has some extra keys below the low A key. Pianists like Oscar Peterson often used the additional bass notes, making them sound more musical than most could (I’m not sure 88-keys were ever enough for him anyway). VSL has included those additional notes, so you can go wild if you have a left hand like Oscar.

Soft Imperial seems like a very useful freebie to me, and it’s a solid continuation of this epic April we are having. I wanted more pianos; we got them; I wanted orchestral libraries; we got them. Now, I want Tomislav to tell me that he has a real Bösendorfer for me to test (and keep); I’m just putting it out there; you never know.