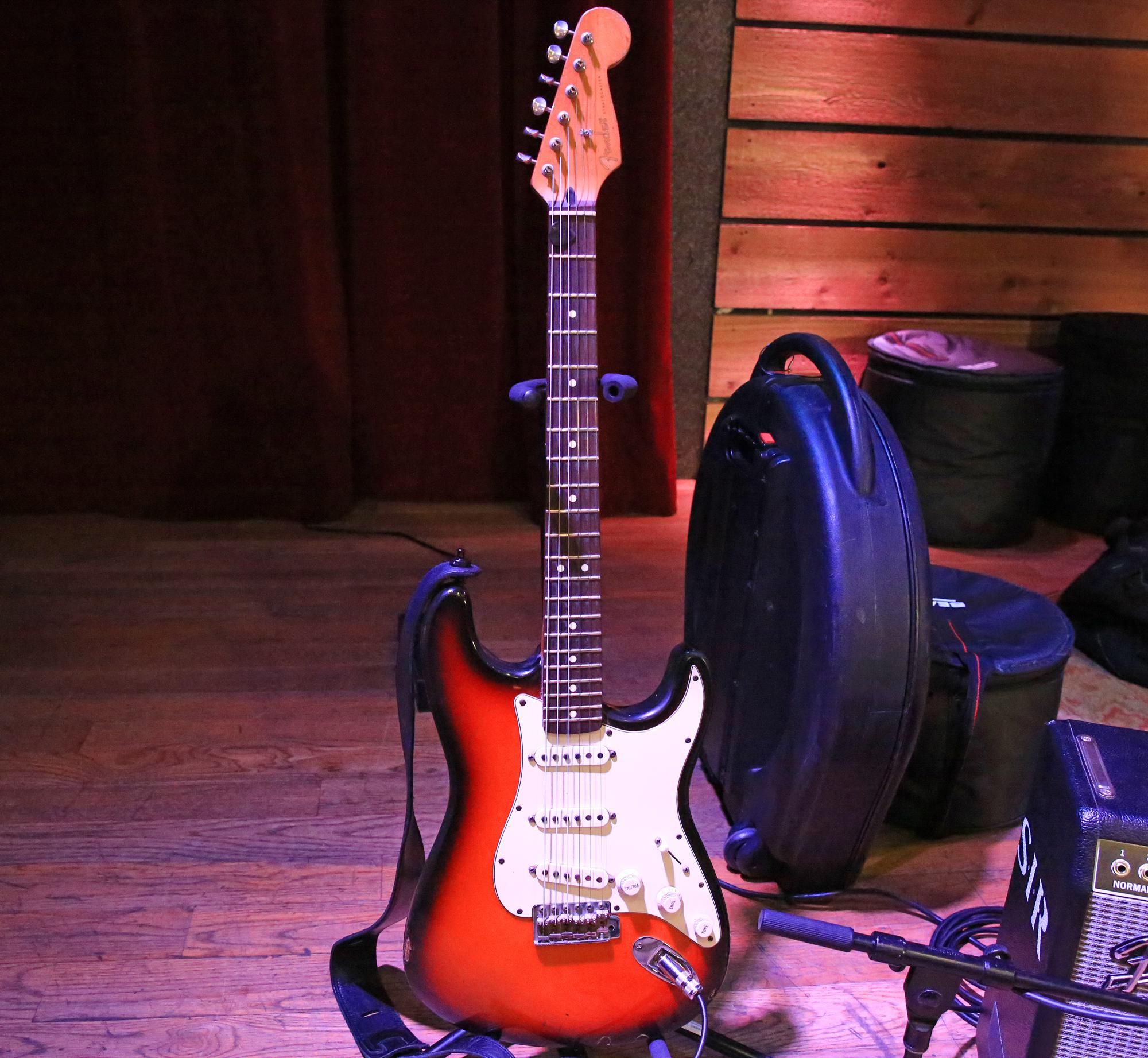 For the Band of Other Brothers, this dynamic duo carries a light load.

Nir Felder has been called “the next big jazz guitarist” by NPR and hailed by The New York Times as a “whiz kid.” Will Lee is the Grammy-winning Musician’s Hall of Fame member you’ve likely seen and heard playing bass as part of Paul Shaffer’s World’s Most Dangerous Band on David Letterman’s late-night talk shows.

Currently, Felder and Lee are touring together with drummer Keith Carlock (Steely Dan, Sting), Jeff Coffin on saxophones and woodwinds (Dave Matthews Band, Bela Fleck & the Flecktones), and keyboardist Jeff Babko (James Taylor, Toto) as Band of Other Brothers. On April 20, the Other Brothers made a stop at Nashville’s City Winery, supporting their second album, Look Up. Lee and Felder took a break pre-soundcheck to usher PG’s John Bohlinger through their rigs.

[Brought to you by D’Addario XS Electric Strings]

Although Nir Felder has plenty of guitars, he usually gigs with his stock 1995 Fender Tex-Mex Stratocaster—his first electric guitar. The Strat has high mileage and plenty of battle scars.

He plays with Dunlop Jazz III picks and keeps it strung with D’Addario NYXL strings. And no nets for this musical high-wire walker. Felder has been touring without a backup axe.

Felder plays Fender Deluxe ’65 reissues on tour, speccing the model for backline amps. It’s a ubiquitous 1×12, so he can always get a consistent tone.

Felder’s uptown sound—on the ground—includes a TC Electronic PolyTune Mini, an Ibanez TS9 Tube Screamer with a Keeley mod, and a Klon KTR. Those two overdrives usually stay on, and he rolls down the volume of his Strat to clean up the signal while giving it a warm, rich undercurrent of dirt. From there, it’s a King Tone Duellist, King Tone Octaland, Meris Ottobit, Line 6 DL4 MkII, Strymon BigSky, Boss DD-3, and a Neunaber Wet Reverb. Power comes from a Strymon Zuma. The board is by Stompin-Ground, and cables are from L.A. Sound Design and Nice Rack Canada.

Will Lee plays his signature 22-fret Sadowsky bass. This J-style features master volume, a pickup blender, a push/pull treble roll-off, a bass boost, treble boost, and a mid-boost on/off switch. There’s a push/pull pot that’s a preamp bypass switch for playing in passive mode, and the instrument is equipped with a Hipshot Bass Xtender that Lee tunes down to low C. Strings are Dean Markley SR2000s.

The Haunt of Eagles…

is what the Latin word aquilare means. And linquists believe Aguilar, a common town name in Spain, is derived from it. But Lee’s amp for this gig—an Aguilar DB 751 pumping through one of the company’s SL 210 400-watt, 8-ohm bass cabinets—was from SIR rentals.

The Rig for This Gig

Lee says he has a rig for every gig, and with Letterman he had to have enough pedalboard to cover every sound he might need to cover a wide variety of guest artists and genres. But for the Band of Other Brothers, Lee plugs into a Boss TU-3 Chromatic Tuner, an MXR Bass Envelope Filter, and a POG, a Mod 11 Modulator, and a Canyon—all by EHX. Juice comes from a Truetone 1 Spot Pro.