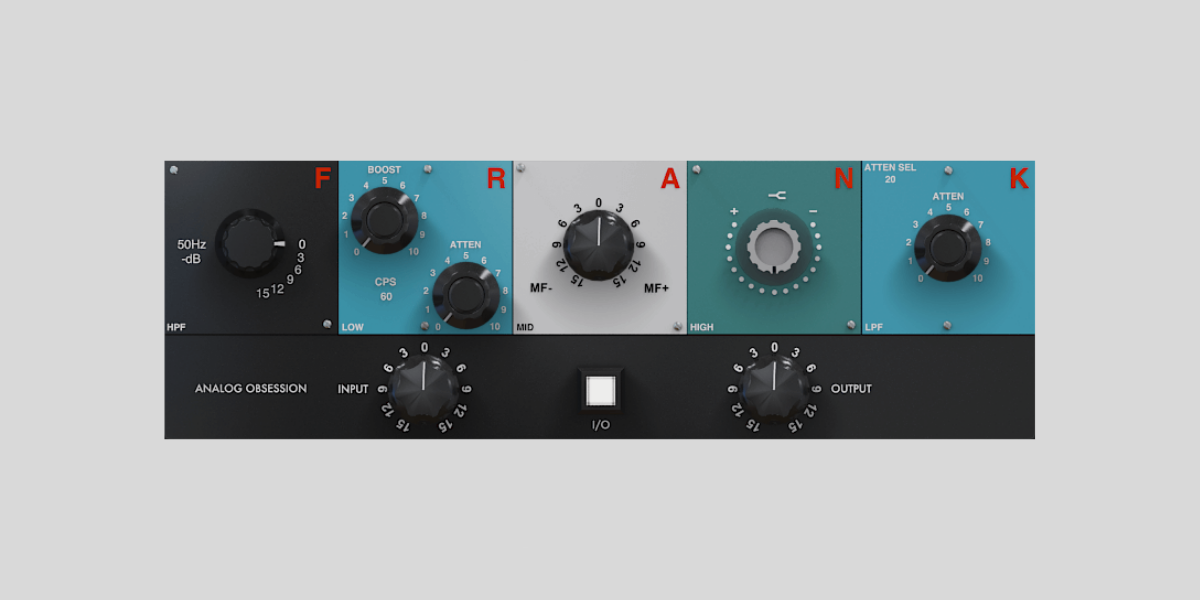 If you were going to play Dr. Frankenstein and create a monster of an EQ, would it be much different from FRANK?

You’re creating quite the hybrid when you go harvesting parts from Helios, Pultec, API, and Neve. That’s precisely what Dr. Analog Obsession did, and now that monster has been updated to Frank version 2.

Like all other Analog Obsession plugins, FRANK v2 is free to download, with donations welcomed via Patreon.

The idea behind FRANK wasn’t just to be a mash-up emulation but to take the best frequencies from revered hardware EQs.

What that results in is the following:

Enhancements come in the form of a redesigned circuit and DSP improvements. Those improvements play a part in reducing the CPU usage compared to the original.

I really like the idea of bringing these “best frequencies” together in a single plugin. The linear-style GUI makes it a speedy way to jump right in and start shaping your sound.

It’s no real surprise that it seems like Analog Obsession has nailed the four EQ flavors, and what I’ve heard so far suggests they work very well together.

The GUI has also seen significant enhancements (Retina/HiDPI) in this update. As much as it’s not the most important aspect of the plugin, I have to say this GUI looks fantastic.

As mentioned, all Analog Obsession plugins are free to download. If you don’t have them already, you should check out TILTA and Loades.