The Art of Science: Olympus Image of The Year Award Announce Its Winners for 2021

Olympus Image of the Year Award 2021 has announced the winners of its annual photography competition that recognizes the best worldwide talent in life science photos taken with a microscope. 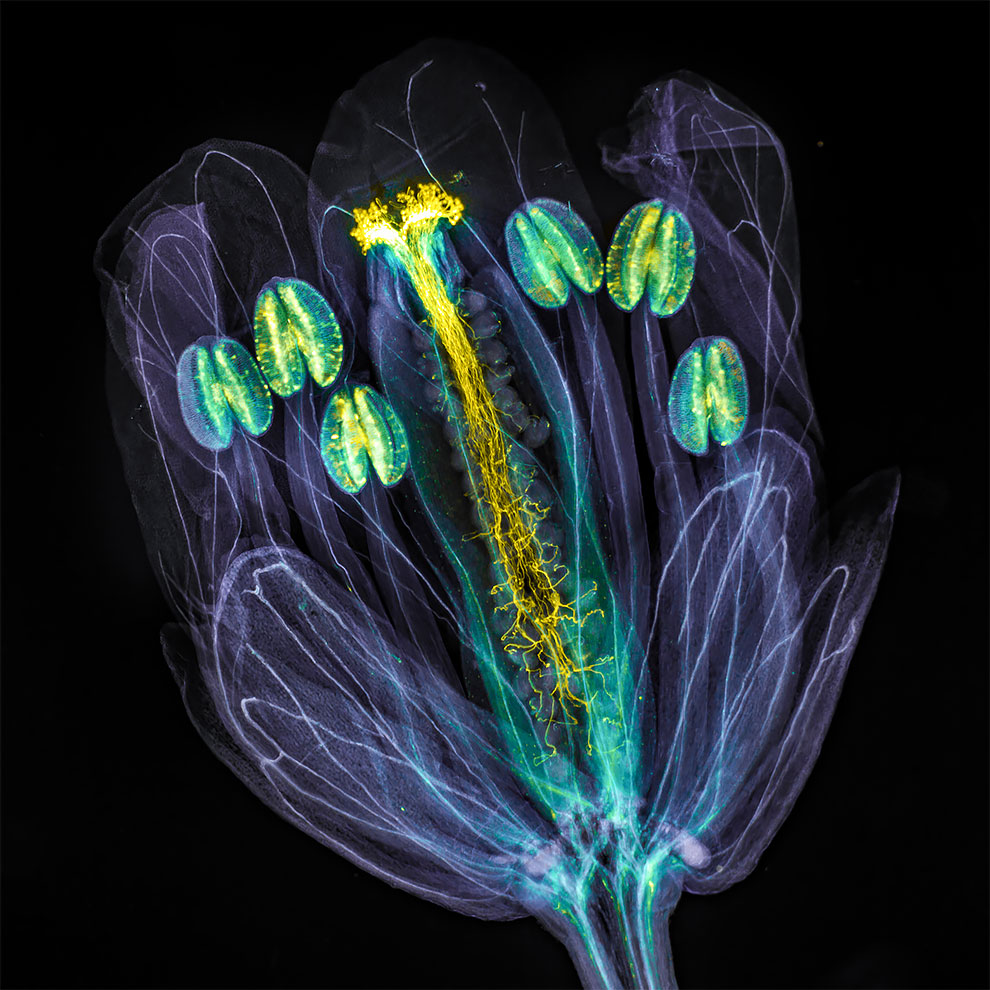 Arabidopsis thaliana flower with pollen tubes growing through the pistil. The flower tissues were chemically cleared to become transparent, while the pollen tubes were stained with aniline blue (yellow fluorescence) in order to be seen.

More: Olympus Image of The Year

The winning image for the Americas was captured by Ivan Radin (USA). 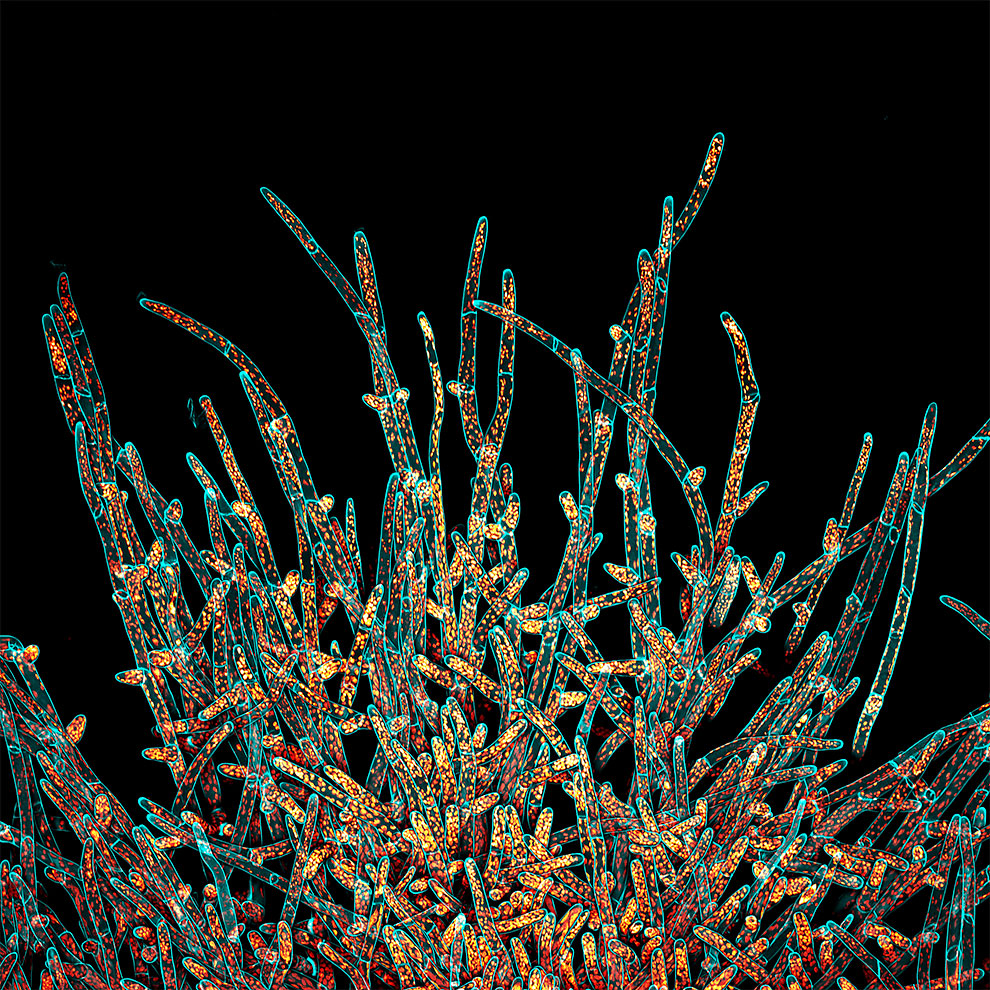 A maximum projection of the deconvolved Z-stack of moss Physcomitrium patens protonemal cells. Cell walls (in cyan) were stained live with calcofluor white. Chloroplasts autofluorescence is in Fall LUT.

The winning image for EMEA was taken by Vasilis Kokkoris (Netherlands). 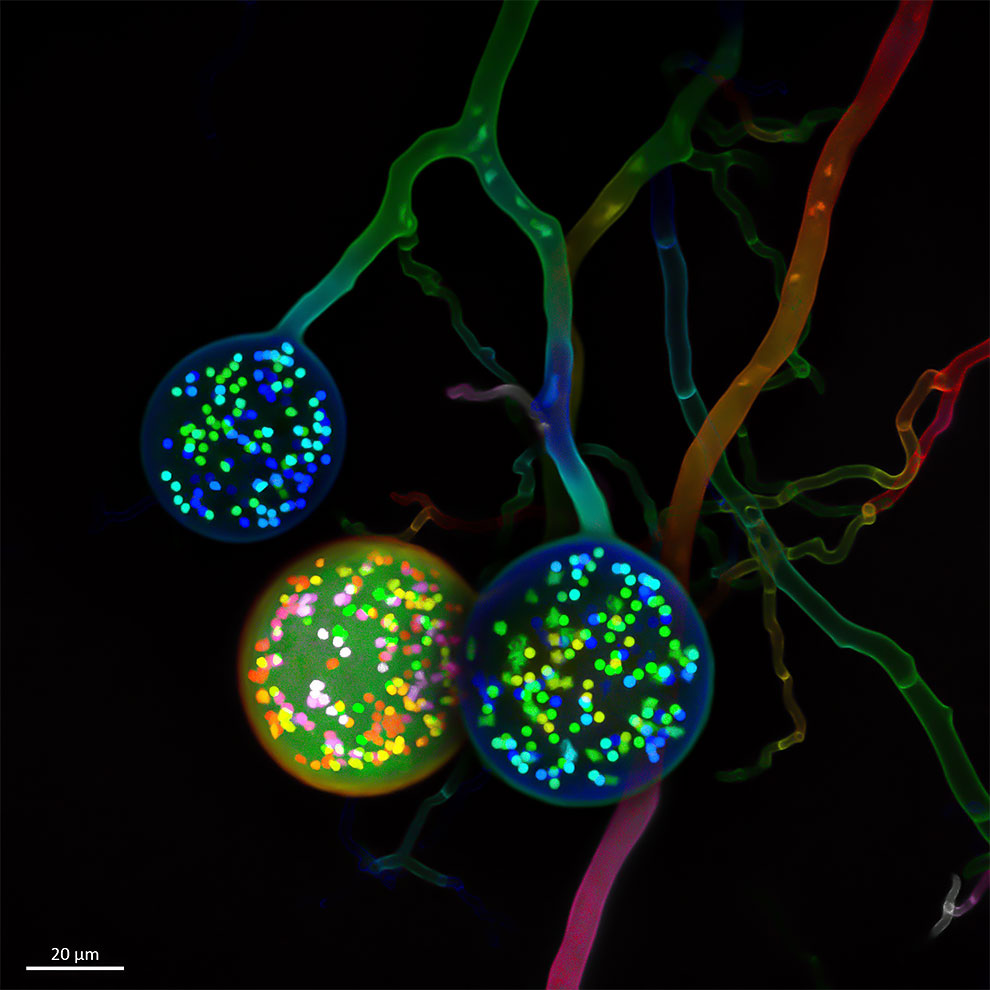 Multinucleate spores of a soil fungus. One cell typically carries one nucleus. In contrast, as seen here, an arbuscular mycorrhizal (AM) fungal cell carries hundreds of nuclei.

The winning image for Asia was captured by Daniel Han (Australia). 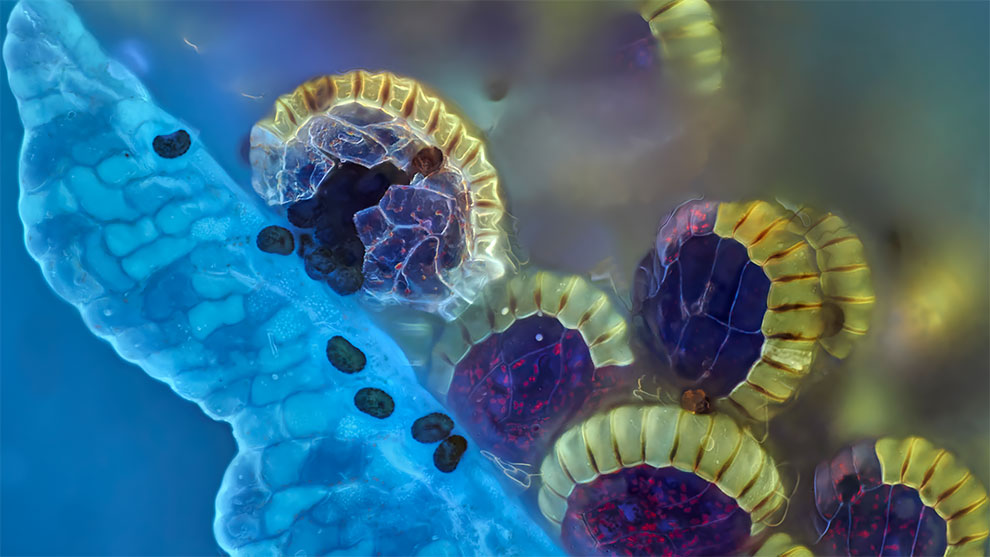 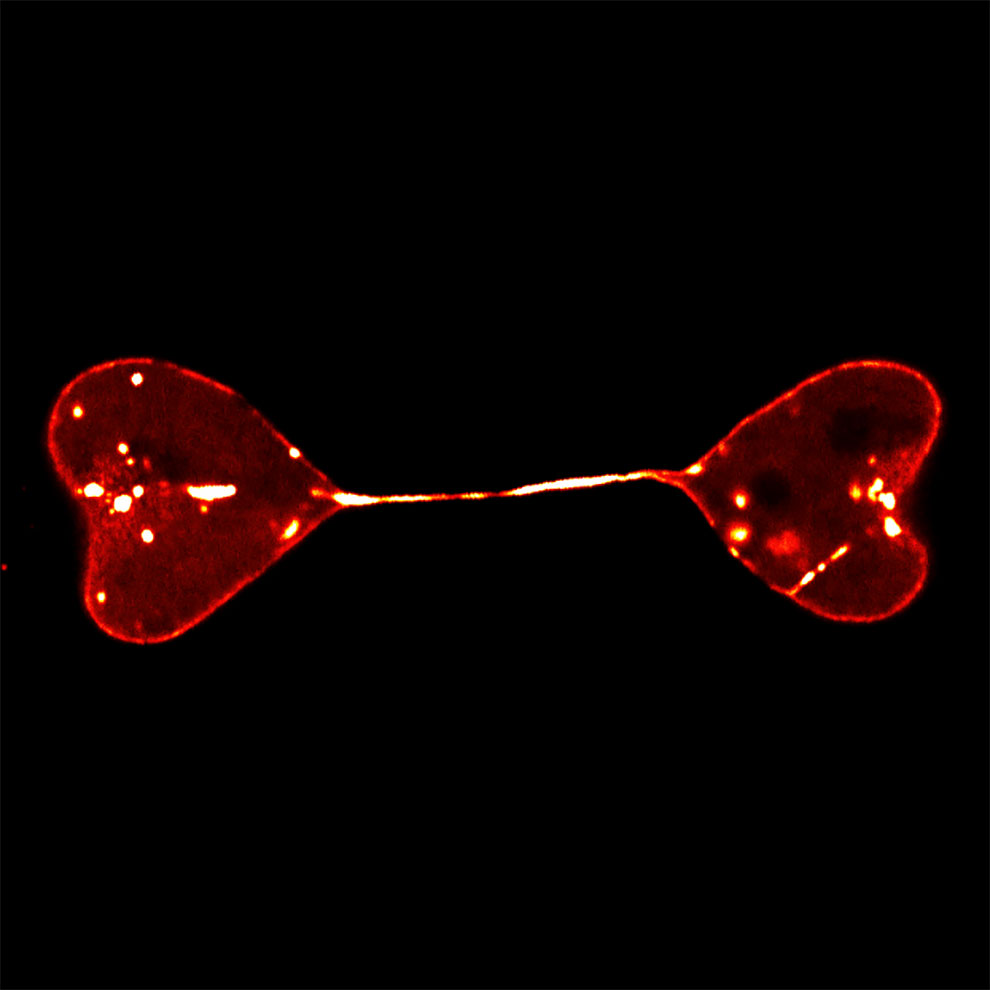 Semi-separated nuclei of two cells form a heart-to-heart shape. The nuclei were labeled by lamin. 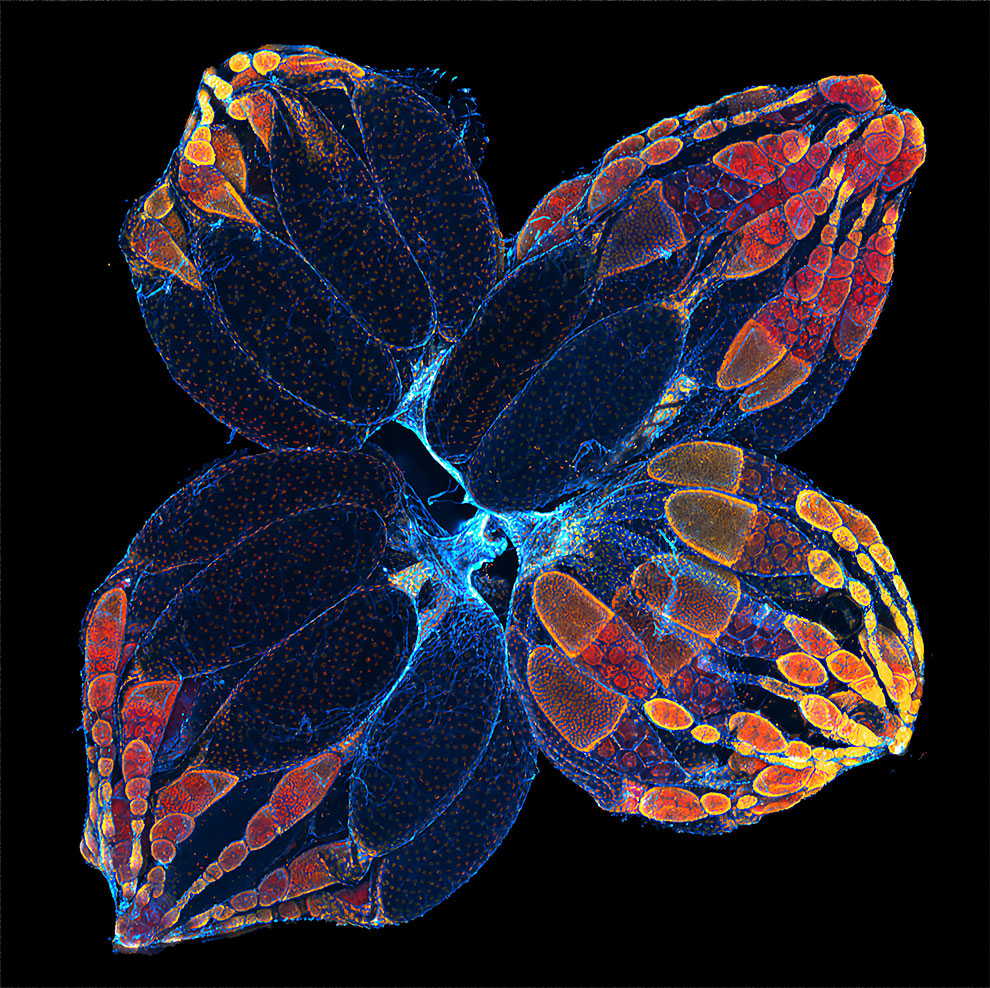 Ovaries of the fruit fly. 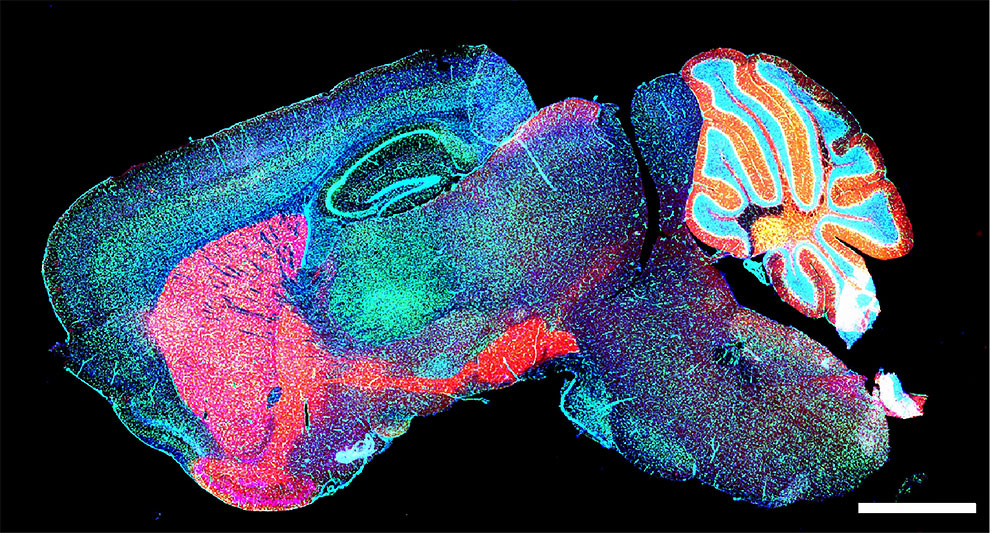 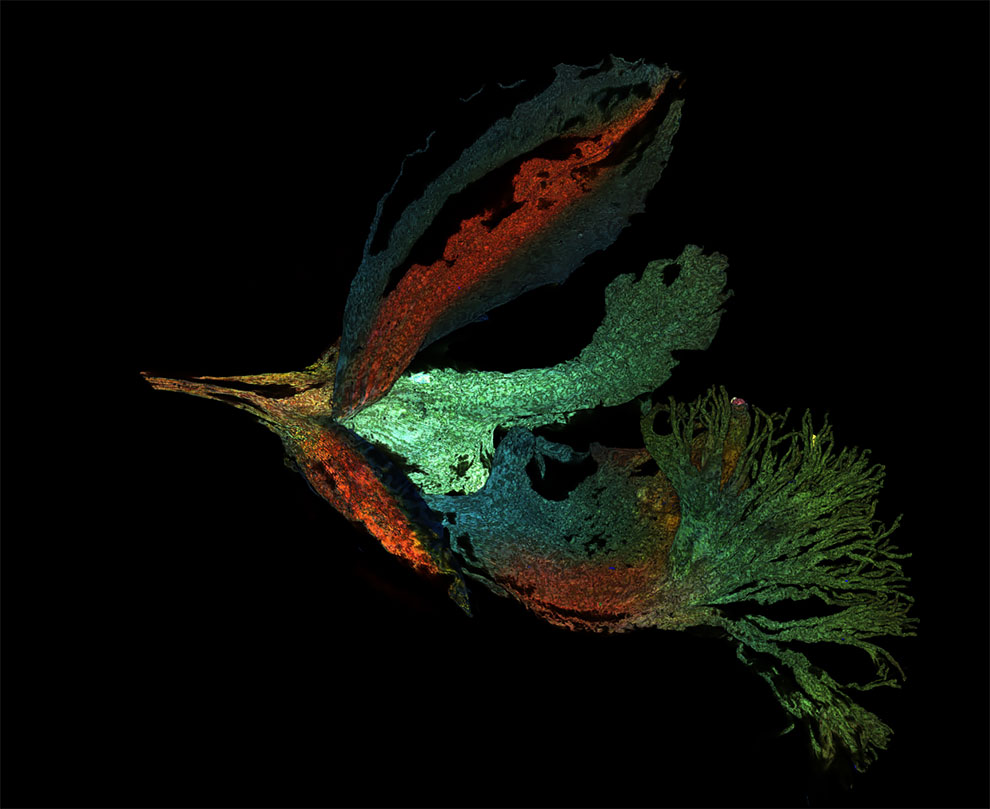 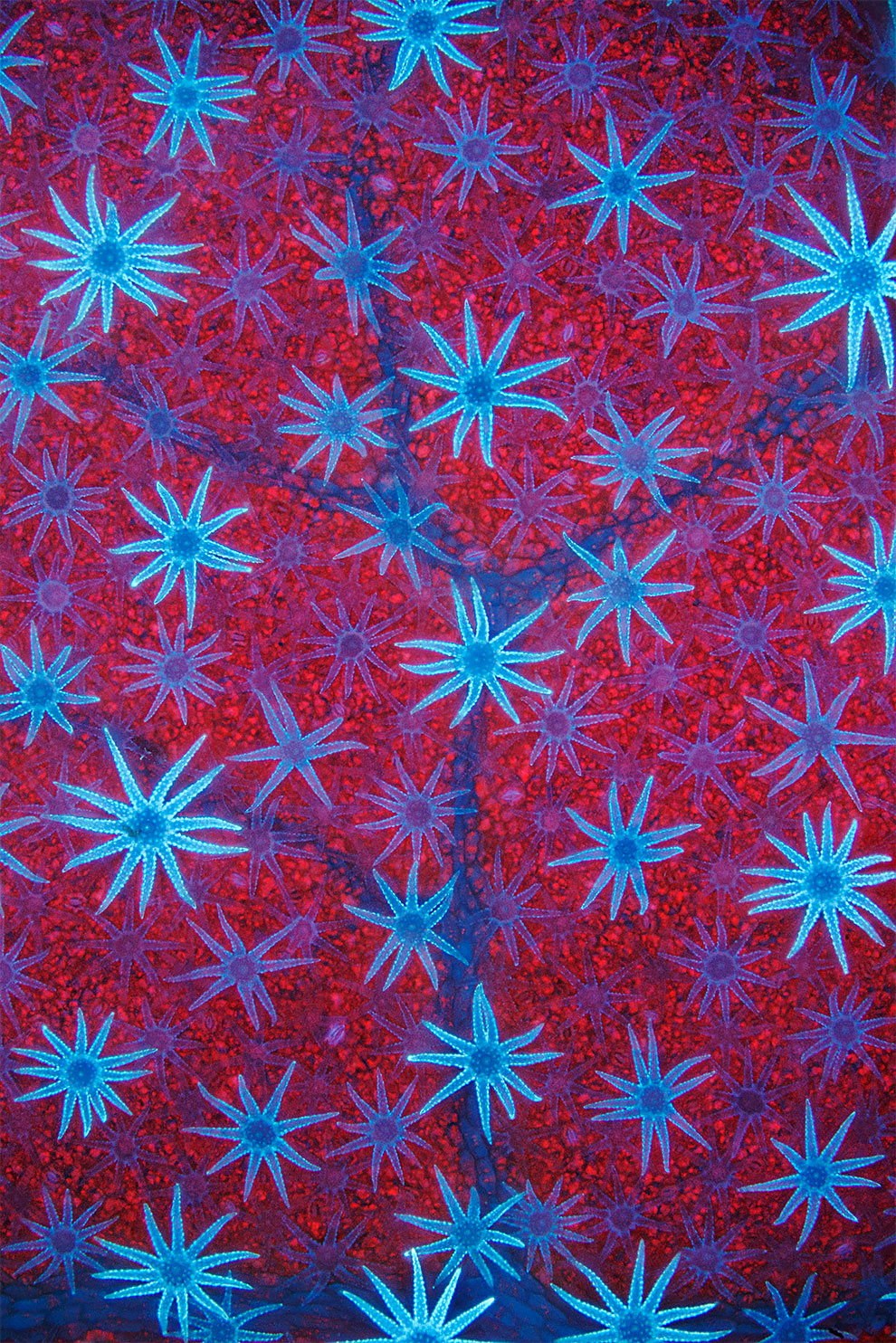 Blue autofluorescent, star-shaped defensive hairs cover the surface of a Deutzia leaf. The hairs are silhouetted against the leaf’s red-fluorescent, chlorophyll-packed cells. 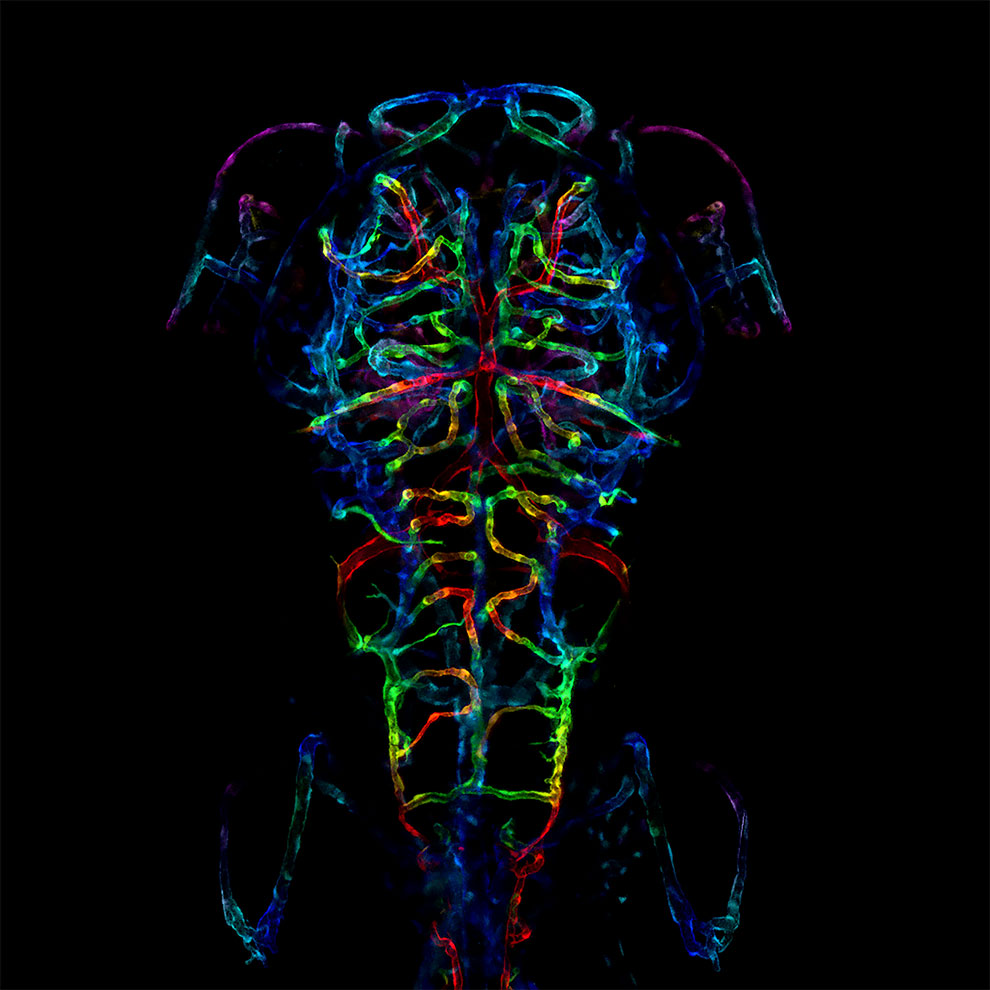 The developing nervous system of an embryonic zebrafish. Specifically, the image is a color-coded projection of the axonal projections of a zebrafish fixed six days after fertilization. 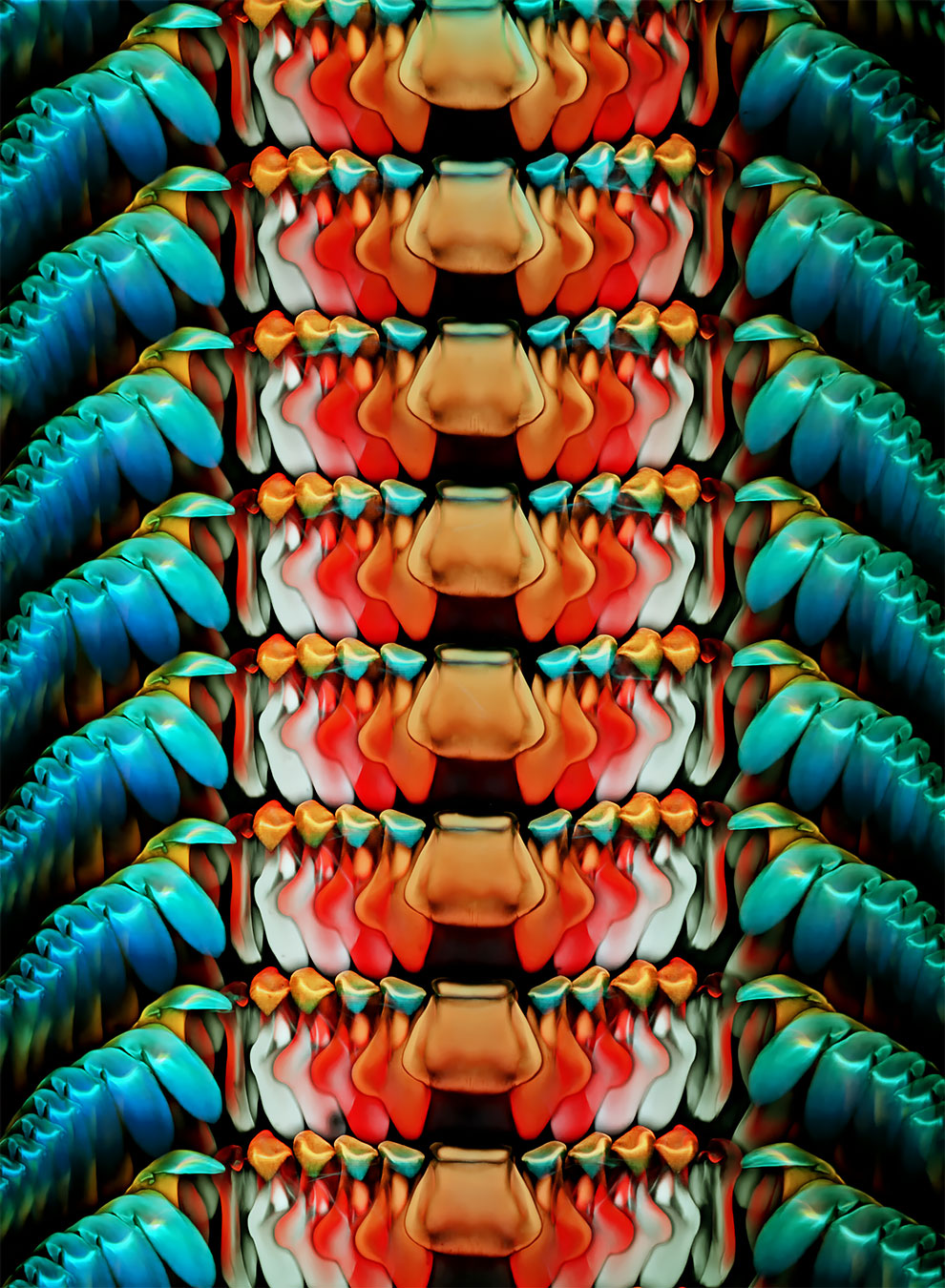 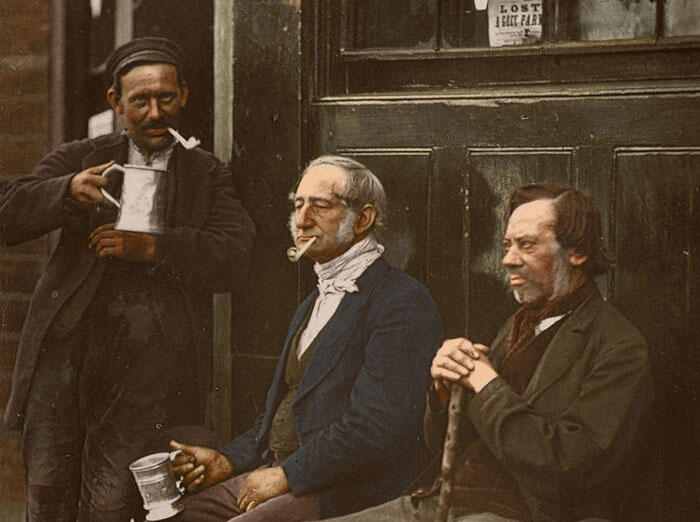 “Street Life In London”: Photographer Colorized Photos From Over 140 Years Ago 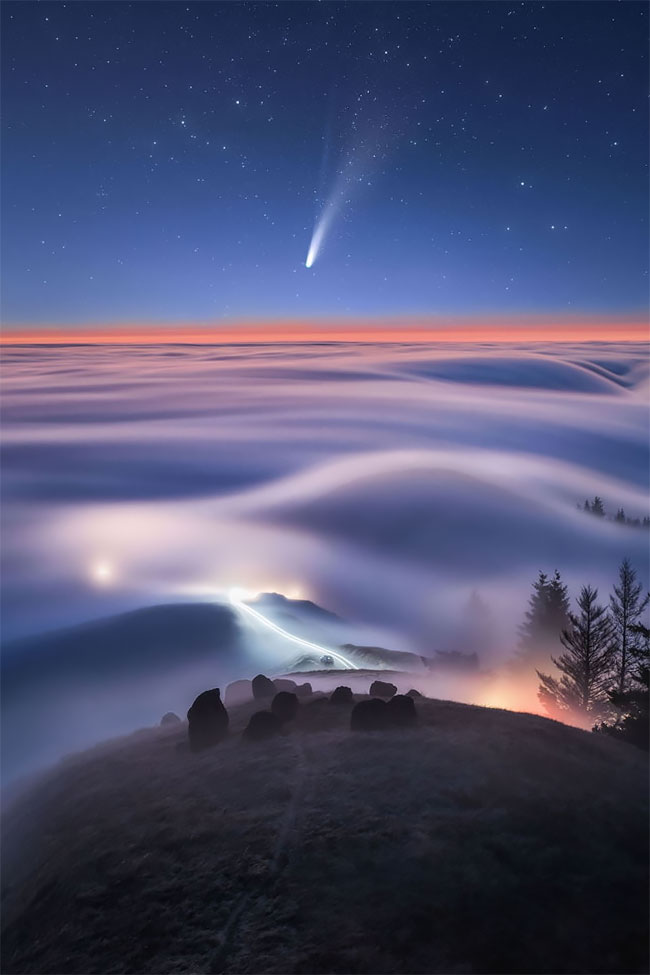 Spectacular Winning Images from The 2021 Landscape Photographer of the Year 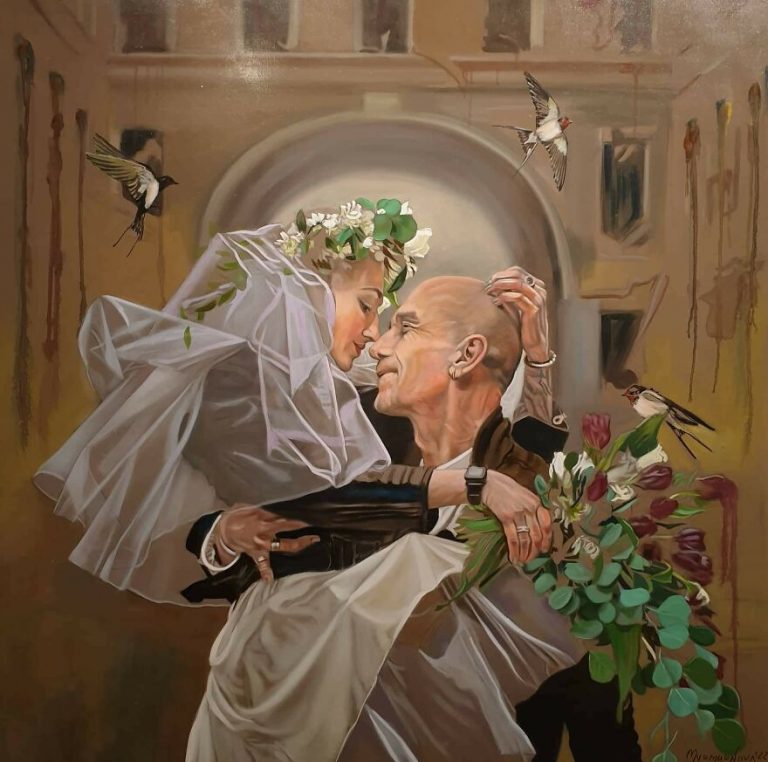