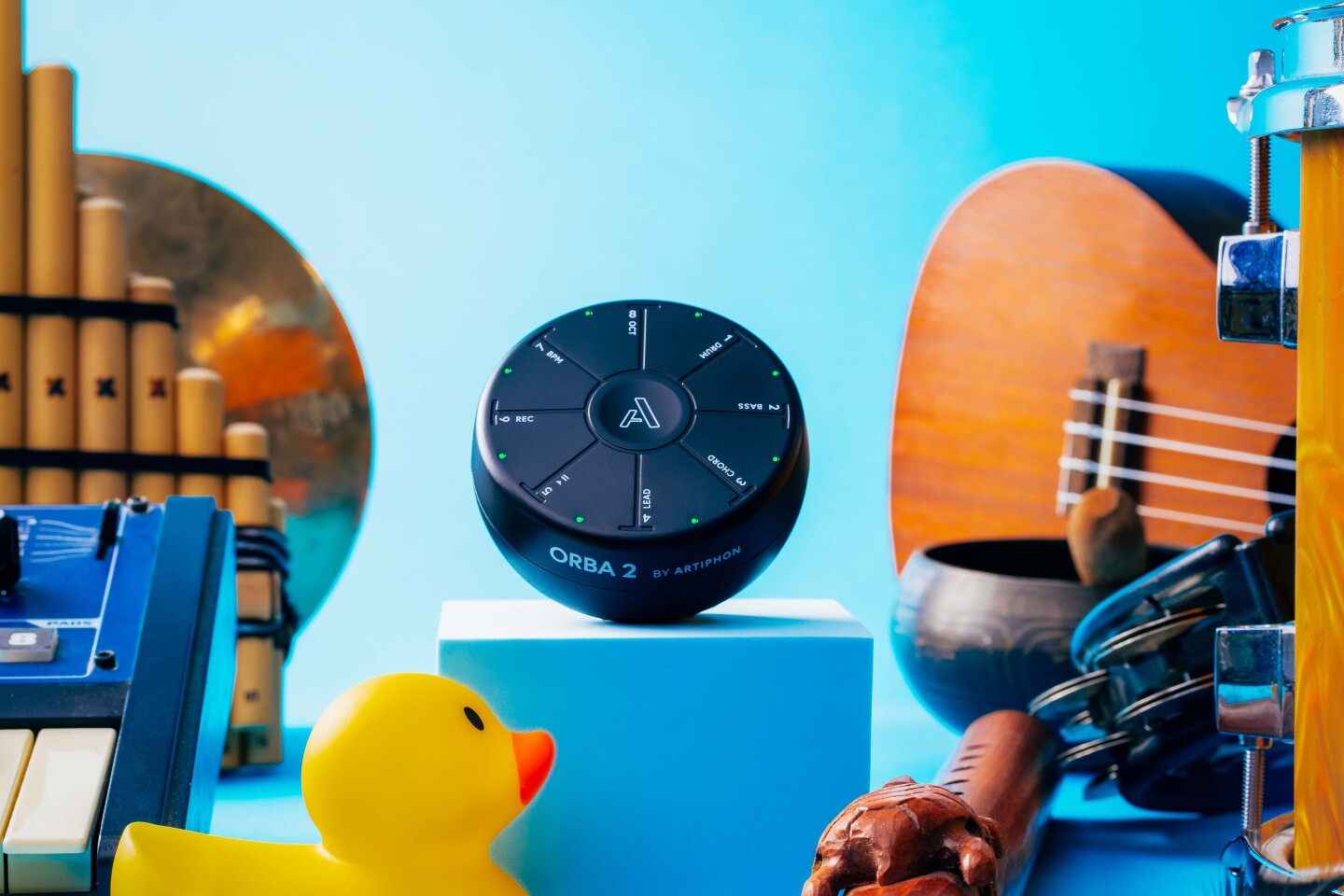 Powerful music machine puts a world of sound within reach

Back in 2019, Nashville-based smart instrument creators Artiphon launched a Kickstarter to fund the production of a portable music machine with a gaming controller vibe and sliced orange dimensions. Now the second-generation Orba has been revealed.

The Orba 2 rocks the same palm-friendly dimensions as the original, at 3.14 inch diameter and 2 inches in height (7.9 x 5 cm), and features a similar-looking spread of eight capacitive sensing pads up top, plus an accelerometer and gyro are cooked in for gesture support.

Artiphon reports that the ceramic-like upper surface has been improved for a better feel – including haptic feedback – and larger text descriptions make at-a-glance play easier. The new device can simultaneously respond to nine gestures, including tap, press, tilt, shake and spin, and there’s support for expressive play too.

Thanks to more internal memory, users can now layer drum, bass, chord and lead sounds in the integrated looper to create songs up to 128 bars in length – which can translate into five-minute loops – and the new auto quantize feature will bring all of the combined phrases to tempo with to the main beat.

The Orba 2 now benefits from a 24-bit converter and a 3-W active speaker system, as well as an improved headphone output for private music creation or to plug into external speakers.

It also works with a new companion mobile app, which is used to record sounds from the world around about and have them transformed into playable musical instrument presets. Bluetooth MIDI and USB-C allow users to control MIDI-based software and hardware too.

“We want people to express themselves musically in their everyday lives,” said Mike Butera, Artiphon CEO. “We’ve dreamed of allowing anyone to play any sound they can imagine, anywhere they go, without worrying about historical instrument skills or abstract music theory. Orba 2 finally makes that possible.”

Artiphon is not heading to Kickstarter to fund production of this new model, and the Orba 2 is on sale now for US$149.99. The original Orba is still available too, at $99.99. Visitors to the NAMM 2022 expo at the Anaheim Convention Center this weekend can get their groove on with the new music machine at the Artiphon booth. The video below has more.

Introducing Orba 2 by Artiphon – Play any sound in the world