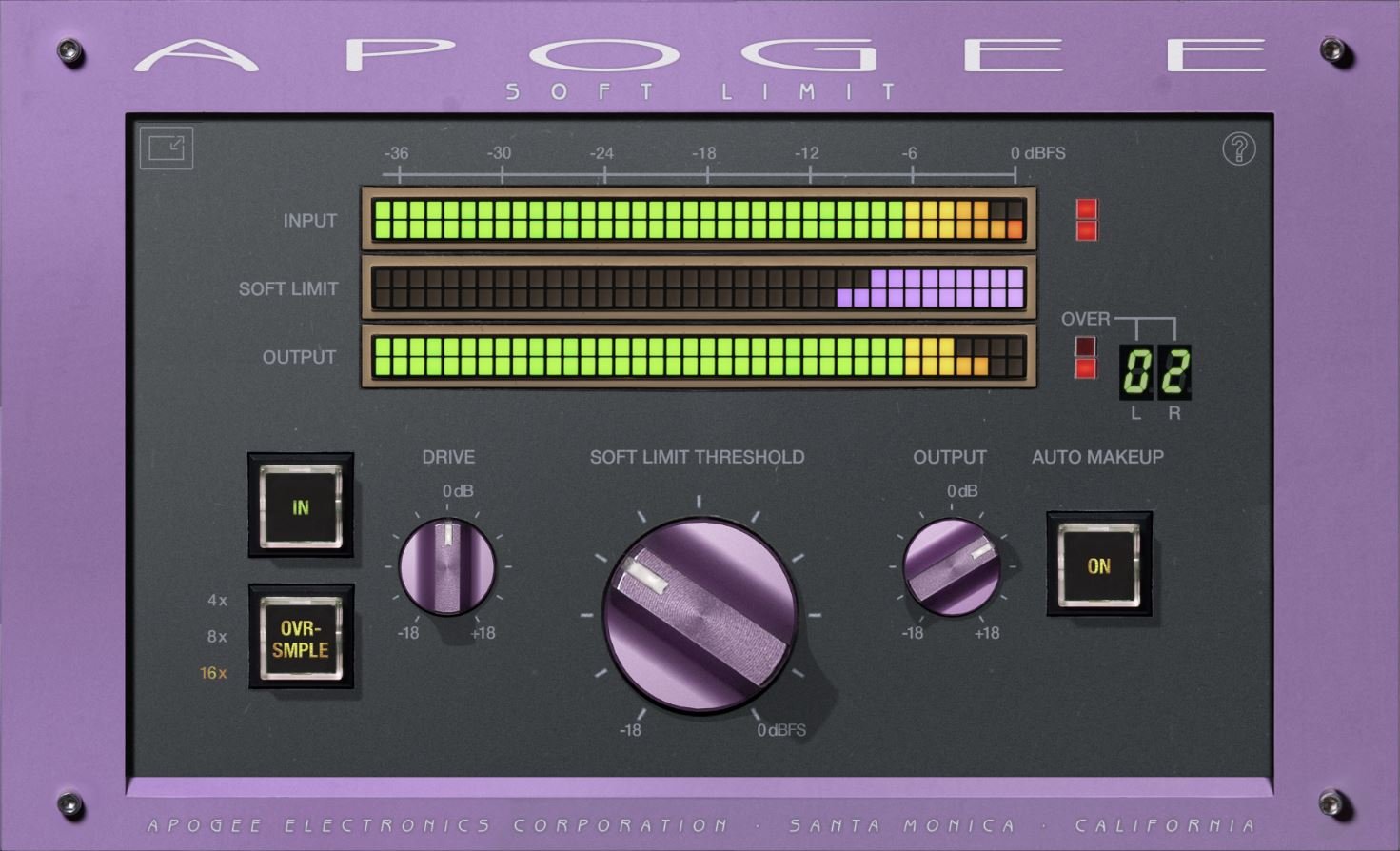 Apogee Digital announced at NAMM 2022 that they will release a new freeware plugin called Soft Limit in June 2022. Interested users can sign up now to be informed about the release.

We don’t have an exact release date for this freebie, but we know it will drop this month (June). If you want to be one of the first to download it, you can add your name and email address on the product info page, and Apogee will contact you as soon as it’s available.

Soft Limit is something that Apogee first released back in 1992 with the AD-500 converter. The same proprietary technology can be found in Apogee’s current roster of audio interfaces, like the Duet and Ensemble.

Soft Limit aims to eliminate distortion caused by digital clipping by rounding off transient peaks before they hit the A/D converter. The result is potentially a few dB of additional apparent loudness that you might otherwise lose.

Anything that allows us to push further without losing control of nasty peaks will always sound appealing. I’ve never owned an Apogee audio interface and have no experience with the Soft Limit technology, so I’m interested to see how well this plugin works.

If anyone here owns an Apogee interface or even an older standalone converter, it would be great to hear what you think of them in the comments. I’ve heard mostly good things about them, and I’ve gone through a few interfaces over the years (currently the Arturia Audiofuse 8Pre) but never got to Apogee.

It’s purely for my curiosity, but feel free to share!

The Soft Limit plugin promises more than extra apparent loudness; it offers tape-like harmonics and subtle analog warmth. If using it on an instrument channel, it could be a cool way to add some crunch without fear of getting too harsh. It should be a useful plugin for both tracking and mastering.

So, stay tuned for Soft Limit; it looks like a good one!