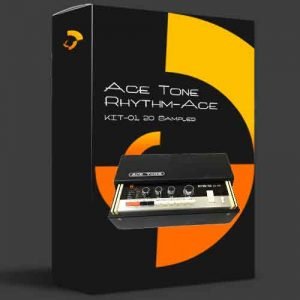 Ace Electronic Industries Inc., or Ace Tone was a manufacturer of electronic musical instruments, including electronic organs, analogue drum machines, and electronic drums, as well as amplifiers and effects pedals. Founded in 1960 by Ikutaro Kakehashi with an investment by Sakata Shokai, Ace Tone can be considered an early incarnation of the Roland Corporation, which was also founded by Kakehashi. Ace Tone began manufacturing amplifiers in 1963.

The Rhythm Ace FR-3 is a transistor-based drum machine which was later used as the schematic for Roland’s line of drum machines.